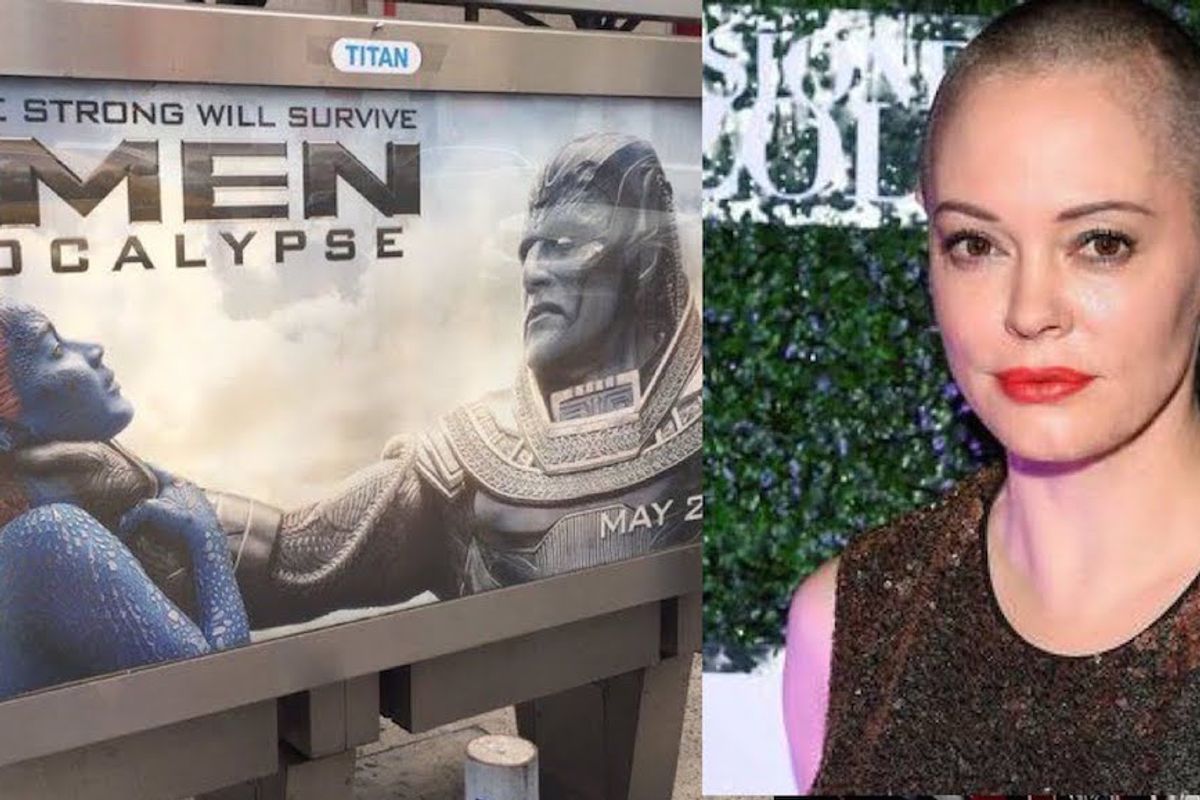 The words "Only the strong will survive" accompany the violent image.

McGowan, a staunch feminist, who's made waves for exposing Hollywood's endless sexism and minimization of women, articulated her sentiments to The Hollywood Reporter:

There is a major problem when the men and women at 20th Century Fox think casual violence against women is the way to market a film. There is no context in the ad, just a woman getting strangled. The fact that no one flagged this is offensive and frankly, stupid. The geniuses behind this, and I use that term lightly, need to to take a long hard look at the mirror and see how they are contributing to society. Imagine if it were a black man being strangled by a white man, or a gay male being strangled by a hetero? The outcry would be enormous. So let's right this wrong. 20th Century Fox, since you can't manage to put any women directors on your slate for the next two years, how about you at least replace your ad?

I'll close with a text my friend sent, a conversation with his daughter. It follows: 'My daughter and I were just having a deep discussion on the brutality of that hideous X-Men poster yesterday. Her words: 'Dad, why is that monster man committing violence against a woman?' This from a 9-year-old. If she can see it, why can't Fox?"