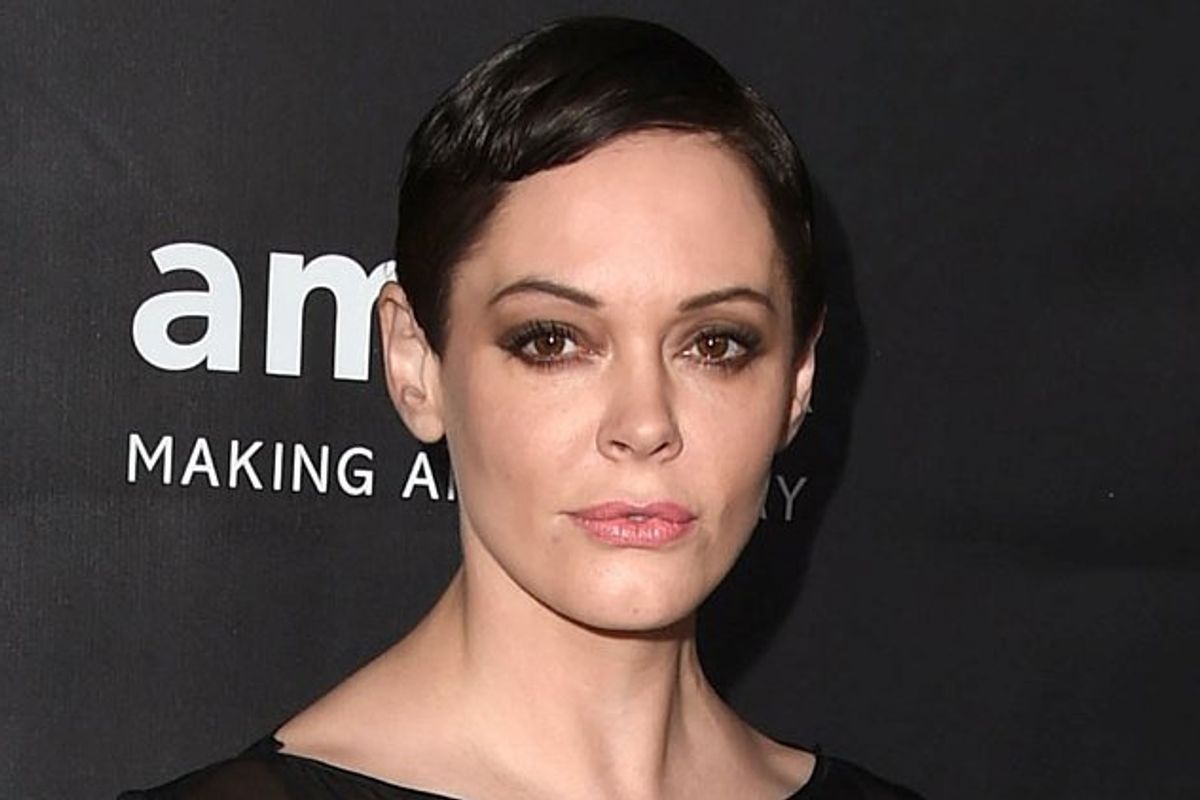 Outspoken actress-turned director Rose McGowan penned a Facebook post directed at Caitlyn Jenner, slamming the Olympian and trans icon, who told BuzzFeed that "The hardest part about being a woman is figuring out what to wear," after winning Glamour Magazine's Woman of the Year Award last week.

That answer didn't sit well with Rose, who took to Facebook to articulate her disdain for the response.

Caitlyn Jenner you do not understand what being a woman is about at all. You want to be a woman and stand with us- well learn us. We are more than deciding what to wear. We are more than the stereotypes foisted upon us by people like you. You're a woman now? Well fucking learn that we have had a VERY different experience than your life of male privilege.


Clearly, she makes a good point about superficial stereotypes unfairly branded on women.


The artist also included some memes featuring Jenner's glib quote paired with images of women enduring sexual violence, and child birth-one meme included a photo of the late Nicole Brown Simpson, covered in bruises at the hands of her ex-husband, O.J.


Rose received backlash, with many viewing her stance as flirting too closely to the transphobic border.


She soon deleted the letter and images, adding this addendum:


Let me amend this by saying I'm happy for what she's doing visibility wise for the trans community, and I'm happy she's living her truth, but comments like hers have consequences for other women. How we are perceived, what our values are, and leads to more stereotyping. If you know you are going to be speaking to media about being a woman, maybe come to understand our struggles.


In parallel news, an NYPD officer, James Smith whose late wife, Moira, posthumously received the same award in 2001 after tragically being the only female NYPD officer to pass away in the 9/11 terrorist attacks, returned it after hearing Jenner's comment.


"My precinct covered a shelter for transgendered youth. On several occasions I responded there to take reports or give aid to suicidal youths. I listened to their stories of physical, emotional and sexual abuse. Young people thrown out of their homes or fleeing from unlivable conditions. They didn't have the luxury of being part of the Kardashian circus. They weren't living in a Malibu Barbie beach house surrounded by what passes for family in Hollywood. They were truly brave people fighting hourly for existence. When Mr. Jenner said the hardest part about being a woman was figuring out what to wear, he proved to me that he is not truly a woman. I believe this comment and others he has made trivializes the transgender experience as I have witnessed it."