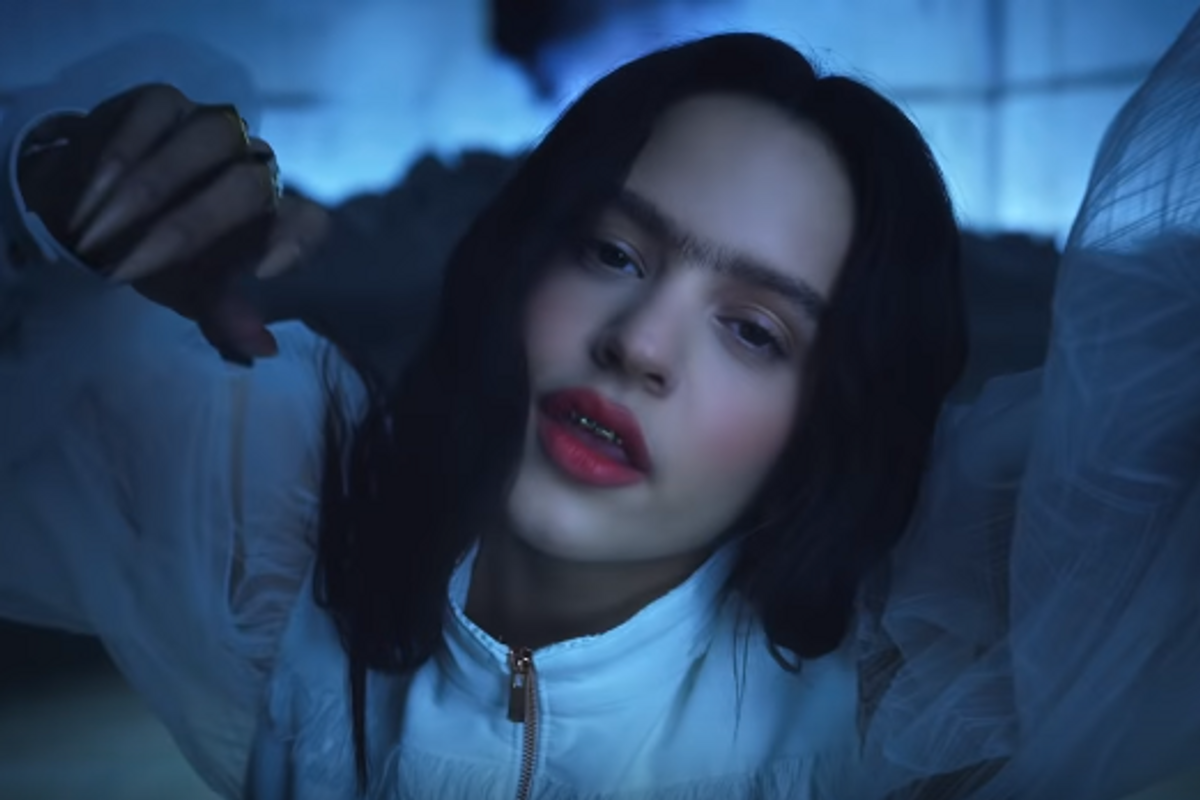 A Love Letter to Rosalía's Unibrow

Today, Rosalía dropped her new track, "A Palé," produced in collaboration with Frank Dukes and El Guincho, and a new music video that features the Spanish pop star dancing under a spotlight.

Dressed in all white, the singer can be seen sporting sharp long nails — her signature — with enormous gold rings. It then progresses to show her at a shipyard alongside a group of backup dancers with surgical masks — a reference to her childhood growing up in a town outside Barcelona that was driven by the trucking industry.

But along with showing off her moves, the singer also made a major beauty statement with a Frida Kahlo-style unibrow present throughout. Rosalía can be seen jumping off shipping containers and dodging conveyor belts all the while sporting the bold, fabulous look.

Although still in its infancy, Rosalía isn't alone in adapting the trend, which seems to be catching on particularly in the younger crop of celebrities.

Related | You Have the Right to Be Educated: Yara Shahidi

For decades women have been encouraged to conceal, pluck, wax, thread and do away with unibrows as part of prevailing beauty standards that reject the existence of natural body hair. Then in 2017, actress Yara Shahidi shared an Instagram post showing off her unibrow, captioning it a "unibrow appreciation post."

She wrote, "Had to get rid of it as I transition into Zoey for #Grownish .... you will be missed my friend... #TheyWillReturn." The actress has since transitioned in and out of the look over the years.

There are also fashion models, most notably Sophia Hadjipanteli, who're pushing the single brow into mainstream beauty with the hashtag #UnibrowMovement. A self-labeled "social reject," Hadjipanteli is largely credited for spearheading the conversation online.

And although the likes of Cara Delevingne have helped popularize thick and darker brows, unibrows are still considered "undesirable" to many. In a 2013 interview, Delevingne herself confessed she plucks her eyebrows to avoid sporting a unibrow. "I never really touch my brows, apart from the bit in the middle," she said. "I have to, otherwise I'll have a unibrow, but I've never plucked or threaded them."

But now with Rosalía's big debut, could unibrows be the next big thing in beauty? Stream "A Palé," below.