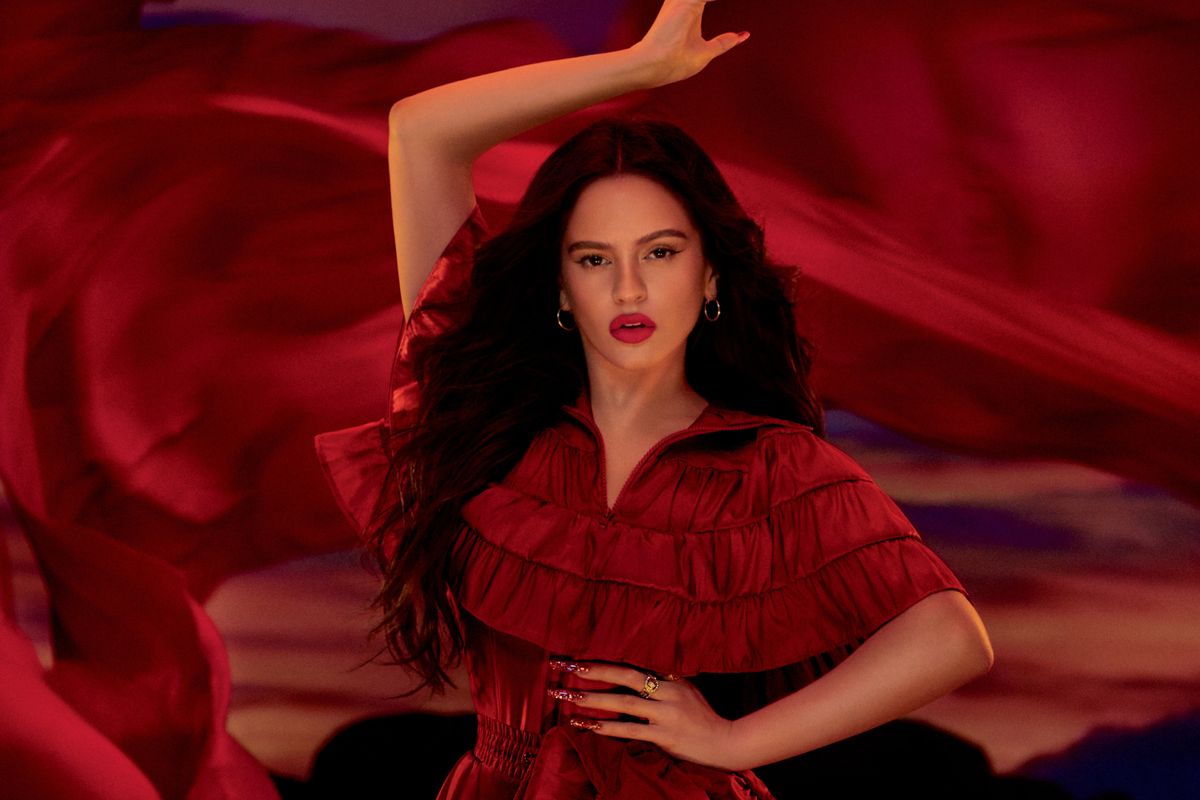 Rosalía is officially MAC's newest VIVA Glam ambassador. Over the years, the title has been given to artists such as Miley Cyrus, Lady Gaga, Elton John, Nicki Minaj, Ariana Grande and RuPaul.

Now, on the 26th anniversary of VIVA Glam, the Spanish singer has revealed a new lip color, which will raise awareness for the future and equal rights of women, girls, the LGBTQ+ community and those affected with HIV/ AIDS. Funds from VIVA glam products sales go the MAC AIDS Fund, which has raised over $500 million since its inception in 1994.

"It's an honor to be the face of VIVA GLAM 26 and to champion a cause that is inclusive, supports individuality and gives back 100%," Rosalía told Billboard.

Speaking to Vogue, Rosalía recounted her personal relationship to lipstick and how it influenced the bright red shade she created for MAC. "Red is my favorite color," she shared, adding that it "always reminds [her] of flamenco." Growing up in Catalonia, Rosalía's says her beauty icons were flamenco performers such as Lola Flores, whose long eyeliner line she emulated, and Carmen Amaya, whose masculine aesthetic she admired.

The 26-year-old performer now wears a look that is very much her own, which most of the time involves a bare face with strong brows and, of course, a bold red lip. Working with MAC is something of a full-circle moment for Rosalía, who recounts saving all her money to purchase MAC eye-shadow palettes or a makeup brushes in her early twenties.

Baltasar González Pinel, director of makeup artistry, says of Rosalía's lipstick shade: "The incredible charisma, energy and strength of Rosalía is the perfect incarnation of this vibrant, saturated red."

This year, MAC has pledged to donate $10 million to 250 organizations benefitting Black and Latinx communities that have been affected by the COVID-19 pandemic. Of her involvement with the cause, Rosalía shared that the pandemic has been particularly difficult to deal with in Miami, far from her family, but she's "happy to be able to contribute just a little to help people during this time."