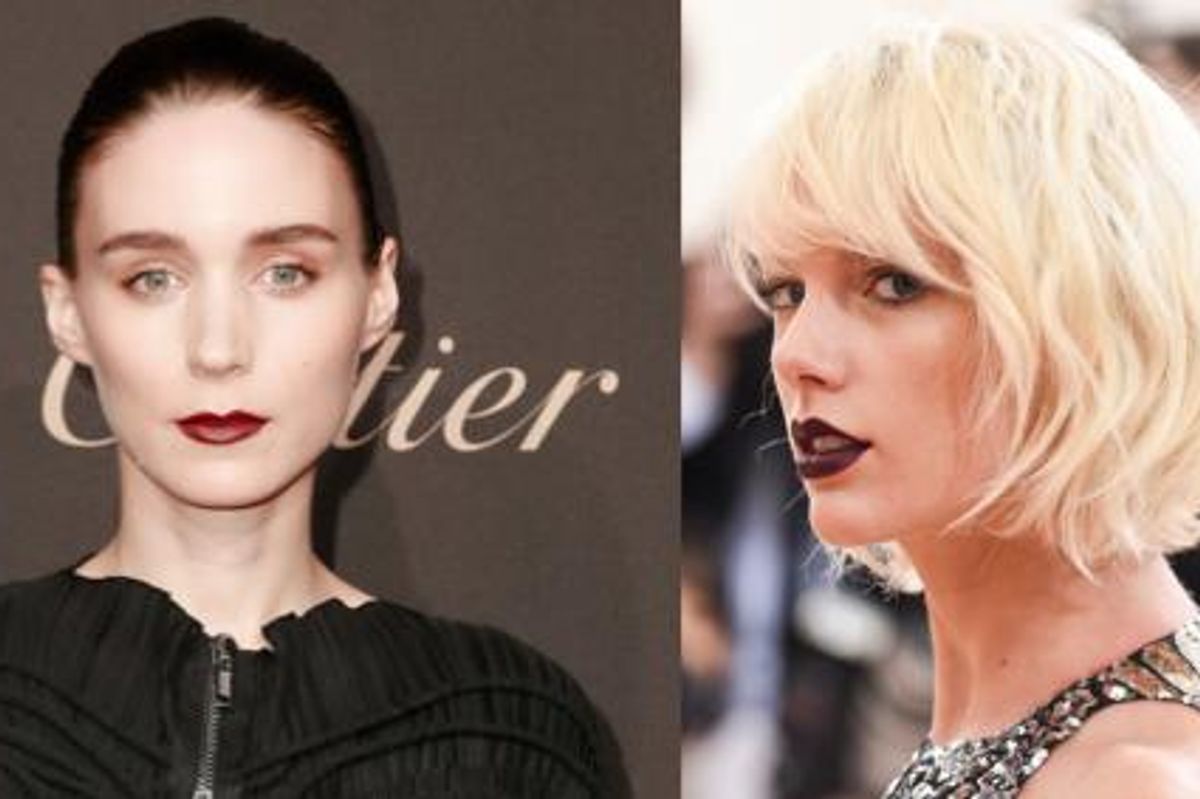 Oscar-nominated actress, heiress, and human wind chime Rooney Mara has found herself at the center of an exquisitely random tabloid item involving Taylor Swift and her lady squad.

As reported by OK! (via Jezebel), Mara has apparently said N-O to Swift's coveted invitation to her Taylor-centric group of famous gal pals.

Some glorious quotes from the potentially bullshit but also not-at-all bullshit story:

Rooney doesn't want to be part of anybody's entourage, despite Taylor's incessant string of invitations to party.

[Rooney] even turned down Taylor's invite to her July 4th Rhode Island bash.

Can you imagine Rooney at Taylor's Newport manor?

Taylor walks into one of the guest rooms, looking for Rooney; she sees two pairs of legs behind a window curtain.

Rooney (still behind the curtain): No.

Their theory on why Ms. Swift has placed the NFL scion on her list of allies?

Taylor's been desperate to befriend the edgy Rooney since seeing her play a lesbian in Carol, but Rooney's a loner who avoids celebrity events if she can.

The pinnacle moment of the story comes when the sources explains why the old money Rooney couldn't care less about the whites and silvers of Taylor's astounding empire.

[Rooney] hangs out with painters and plumbers as much as she does other actors and stars.

"The painters! The plumbers! The chima-ney sweepers! That's where I want to be!" Rooney cries.