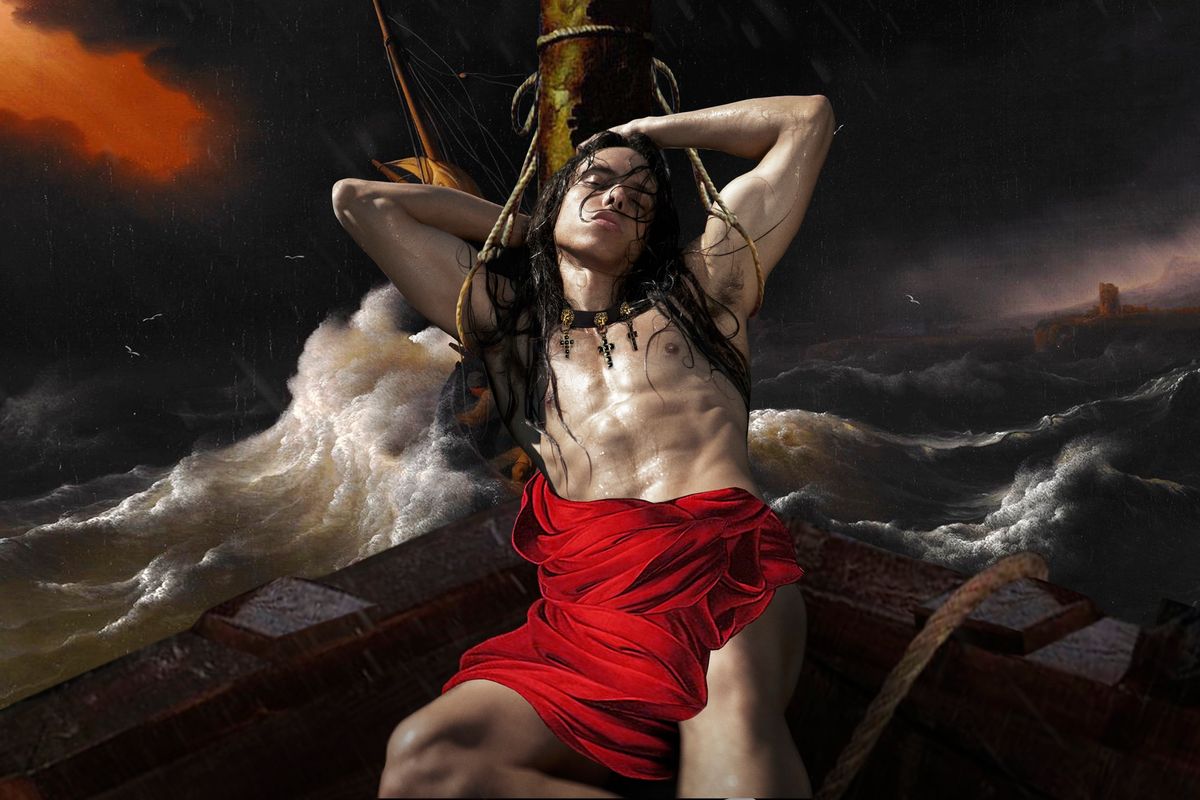 This DIY Pop Star Made His Own Gucci Campaign

Roman Darkholme doesn't need you to know his name to position himself as equal parts sex icon, pop star and fashion fixation.

The queer DIY musician has proven that true innovation is not impossible under quarantine, it's tested. In their new video, Fake Gucci, the multimedia artist emulates a typical campaign for the Italian luxury brand with religious symbolism and elements of ancient paintings. Featuring Darkholme as the main model, it all serves as a backdrop for his new song, "Boy Is Fly."

The visual depicts Darkholme lost at sea and tied to a ship's mast with red fabric laid across his naked body. It's almost hard to believe that he created the visual alone in isolation with limited resources. "In quarantine, artists are having to find new ways to create work with what they have immediately at their disposal," he says. "Home, alone, and on a budget, I set out to produce a quality fashion film."

Darkholme continues, "Gucci's fashion videos are beautiful and engaging, so creating something that approaches their 'art come to life' aesthetic was a fun challenge."