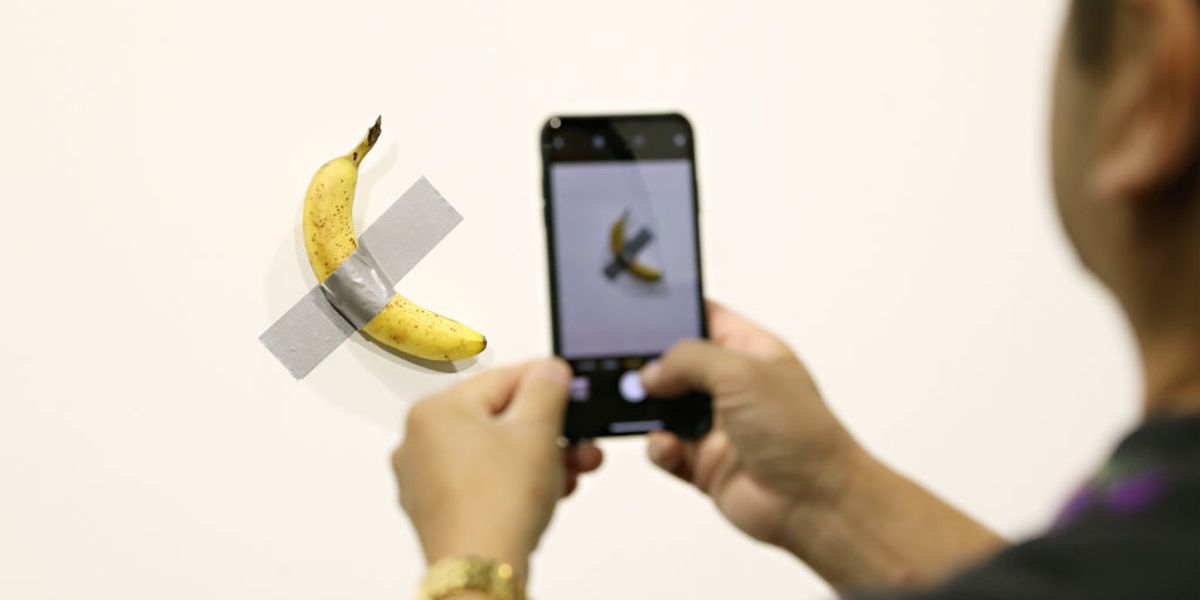 From having his golden toilet art piece, "America," stolen from Blenheim Palace to having his recent viral work, "The Comedian," eaten while on view at Art Basel Miami, 2019 was certainly an interesting year for Italian artist Maurizio Cattelan.

Cattelan's "The Comedian" — a ripe banana taped to a bare wall — inspired performance artists Rod Webber and David Datuna to challenge the meaning behind the piece, which landed one of them in court. According to ArtNews, Webber has now decided to defend himself in an upcoming arraignment hearing.

If you'll recall, last December, the $120,000 banana went viral after news that Datuna ate the piece, later claiming on Instagram, "I love Maurizio Cattelan artwork and I really love this installation. It's very delicious." The sculpture was just one of three editions.

Soon after this incident, Webber scrawled the words "EPSTIEN [sic] DIDN'T KILL HIMSELF" on the Perrotin Gallery's wall in red lipstick. A video on his personal website shows one of the security guards allegedly confronting Webber about the incident, to which he replied, "This is the gallery where anyone can do art, right?"

But the Miami Beach Police Department didn't seem to think so, and thus arrested Webber on a vandalism charge. No charges were reportedly pressed on behalf of the gallery.

In another video posted on his website after this week's arraignment hearing, Webber argued that because Datuna was not charged for his performance, his arrest is an example of a "double standard" and a violation of an undefined "legal precedent." Webber also raised the question, "What is art and what is just a laundering scheme?"

In a separate open letter on his website, Webber asked Datuna for support, claiming, "Without the gallery, or someone like yourself speaking out on my behalf, I will be put on trial. As a result, a judge or a jury may be put in a position to legally decide what is and isn't art."

Webber ended the letter by comparing his agenda to that of other artists such as Ai Weiwei and Marcel Duchamp. He wrote that this battle "is one I am willing to fight—not just for myself—but so that if Marcel Duchamp were to walk into Art Basel next year, he would not be ashamed of his legacy."

Webber is set to appear at his next court hearing sometime this February.