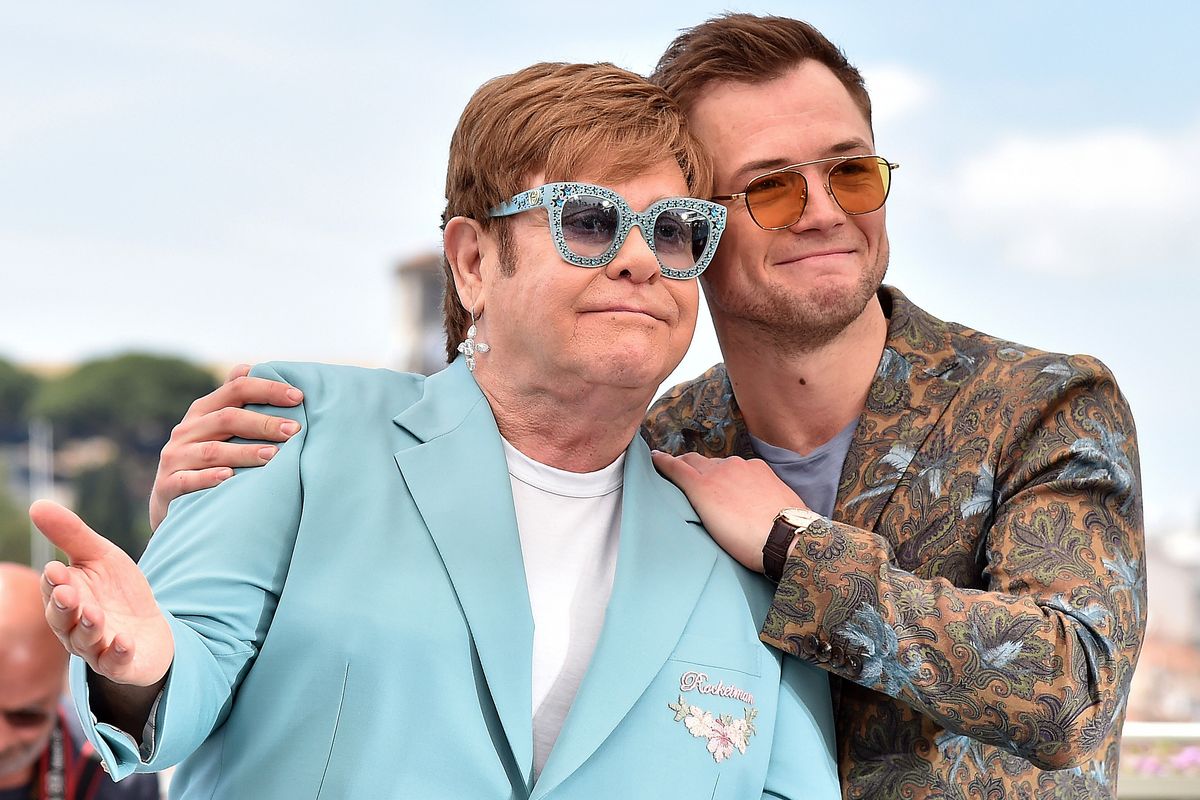 A redeeming feature of 2019 is that we're getting an Elton John musical biopic: Rocketman, starring Taron Egerton. The movie just premiered at Cannes, and people can't stop talking about a scene that depicts Egerton's Elton John having sex with his manager, portrayed by GoT's Richard Madden. The Hollywood Reporter goes so far as to call the scene "trail blazing," although others are annoyed it isn't longer or more gratuitous.

Now Egerton has responded. Speaking with the LA Times, he considered the broader meaning of a gay love scene in 2019: "The fact that people write about it in that way means that it's still a conversation. It wouldn't be a conversation if it was a heterosexual scene, so it's still important we push that boundary."

The actor also denied that Rocketman editors watered down the scene in post production: "People have said they cut the scene substantially? What do they think has been cut? We shot that scene for ... four hours."

Madden has also commented on the sex scene, telling Entertainment Weekly that it would have been a "disservice" to leave it out of the movie. "It's an intimate thing between these two characters and a significant moment in Elton's life," he said. "And Elton's life was very R-rated, wasn't it?" Okay, let's not talk about Mr. John in the past tense. He is very much alive, and in fact attended the premiere!

Rocketman hits cinemas on May 31. Almost entirely unrelatedly: does anybody else think about this scene from 27 Dresses a lot?