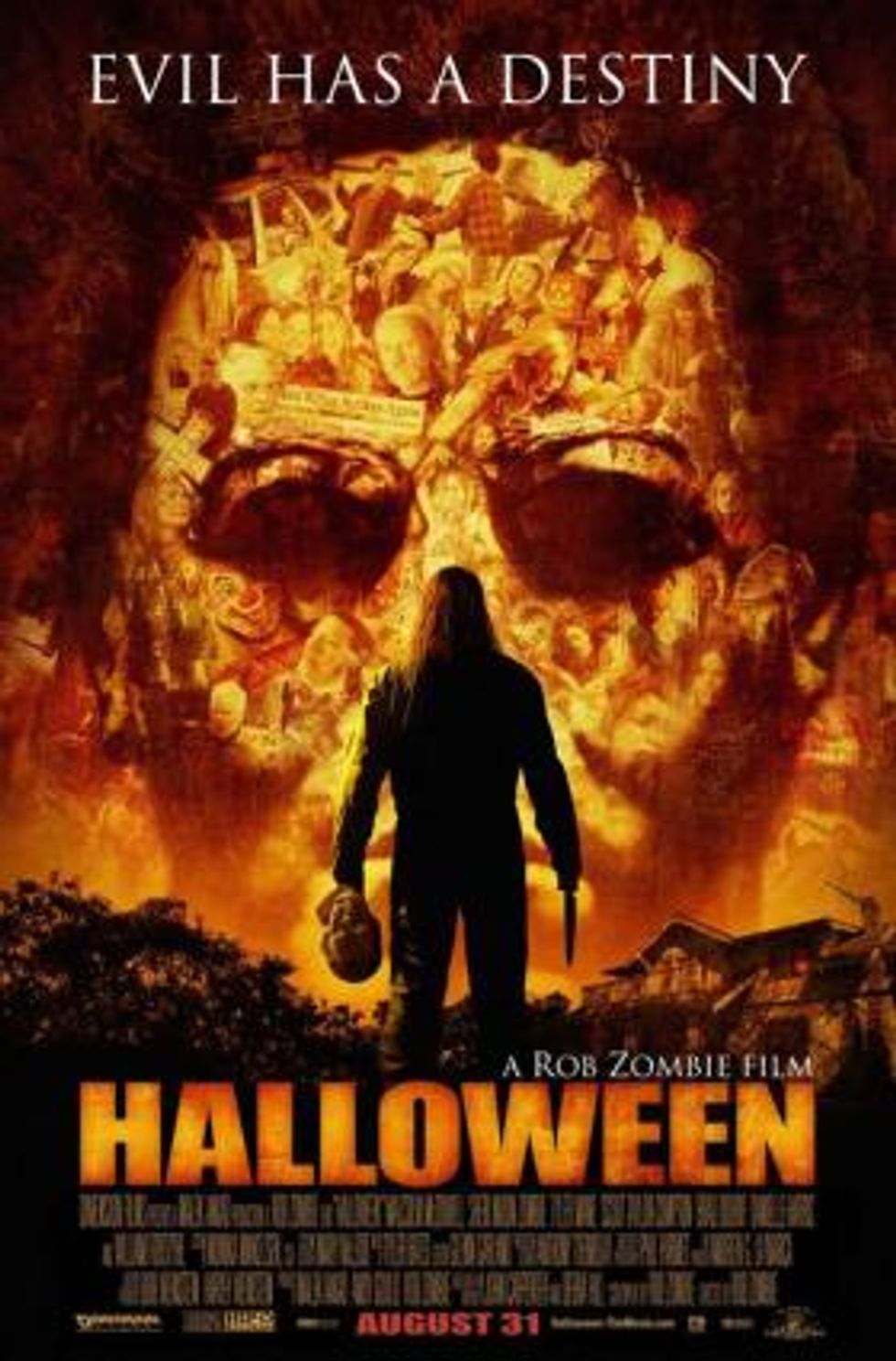 I'm thrilled that Rob Zombie's remake of Halloween made $31 million over the Labor Day weekend. Not that the movie's all that good -- it isn't. But the first 45 minutes are so twisted and great that one has to give Zombie credit for slipping it into a dumb remake of a classic horror film.

When I first heard that Halloween was being redone I groaned, but then when I heard it was Rob Zombie at the helm it made me hopeful. And the beginning of the film is really the prequel -- or how Michael Meyers "became." John Carpenter's film was about the boogie man on Halloween night in a small town called Haddonfield. And shots from the movie The Thing on TV were no accident -- Meyers represented this dark scary relentless figure who keeps coming for you. That's the genius of the first film -- its utter simplicity and how it managed to create such unbearable suspense. We really don't care about Michael Meyers. He's beside the point.

The nutty thing about Rob Zombie's film is that we're supposed to be sympathetic to the child's hideous homelife -- his stripper mom (Sheri Moon), loathsome stepdad (William Forsythe), slutty sister, bullies at school, etc. But Zombie goes so over the top to revel in the vileness that it's genius in a way. When little Michael Meyers goes on his Halloween rampage there's a primal thrill about it -- and you feel almost the same way you did about the killers in Zombie's The Devil's Rejects. That's what fascinates me about Rob Zombie's instincts as a director -- he obviously loves the dark 1970s horror movies but has reconfigured them through a rock hipster mind. The results are kind of insane and frightening at the same time.

But, back to Halloween: unfortunately when the movie shoots "17 years later" and Meyers escapes from the nuthouse to wreak havoc on Haddonfield, the movie becomes Halloween: The Remake, and it just dies in the water. It's not scary, but it sure is endless. The only fun was the parade of cult favorites that popped up like Udo Kier, Richard Lynch, Clint Howard, Brad Dourif, Sid Haig, etc.

The bad second half aside, the fact that the movie made money contradicts all those newspaper essays on how "horror movies" are over at the box office. What also encourages me is that Rob Zombie was forced to make a lot of concessions when he directed House of 1,000 Corpses, but the movie was such a surprise hit he was able to get free reign when he did The Devil's Rejects which was a raw, outrageous, visceral, kick to it. Now that Halloween is a hit, it's likely Zombie will be able to get the next project off the ground without any problem, and for horror fans, that's reason to say: "Be afraid, be very afraid..." I cannot wait.