Canadian singer/songwriter/one-man rockabilly genius, Bloodshot Bill played on Saturday evening to a packed house at The Brooklyn Rod & Gun Club in Williamsburg. Compared to a modern day Hasil Adkins, the past year's been a prolific one for Bill, releasing the LP Thunder and Lightening and releasing two 7"s with fellow garage rockers Mark Sultan (as The Ding Dongs) and King Khan (as Tandoori Knights). With a raw, sweaty set featuring Bill in '50s-style pajamas, this wildman put on a spectacular performance, spitting and growling as if he was possessed with rebel demons. Check out few photos from his show this weekend. 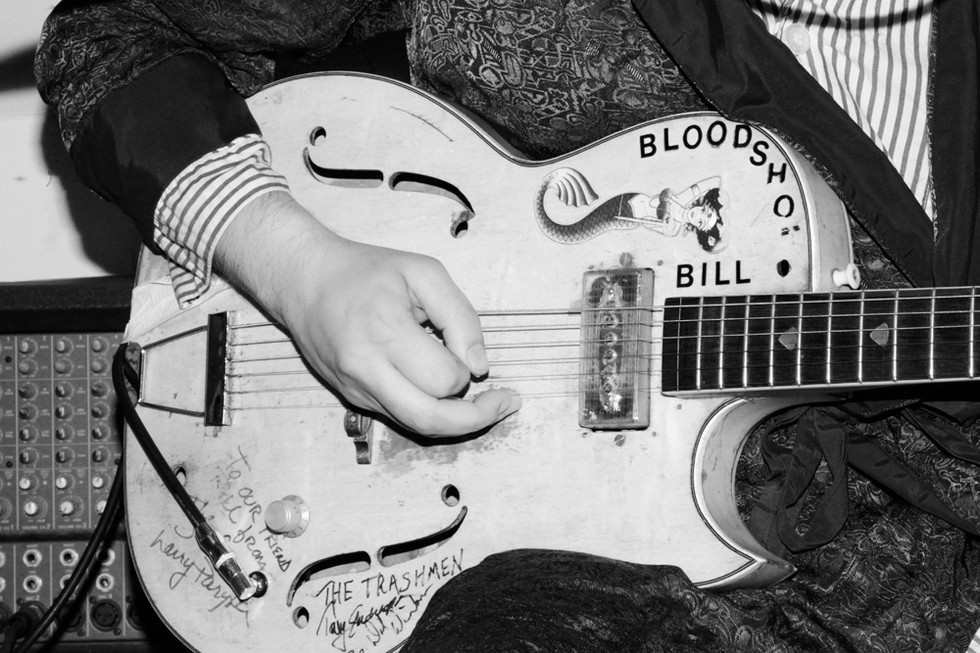 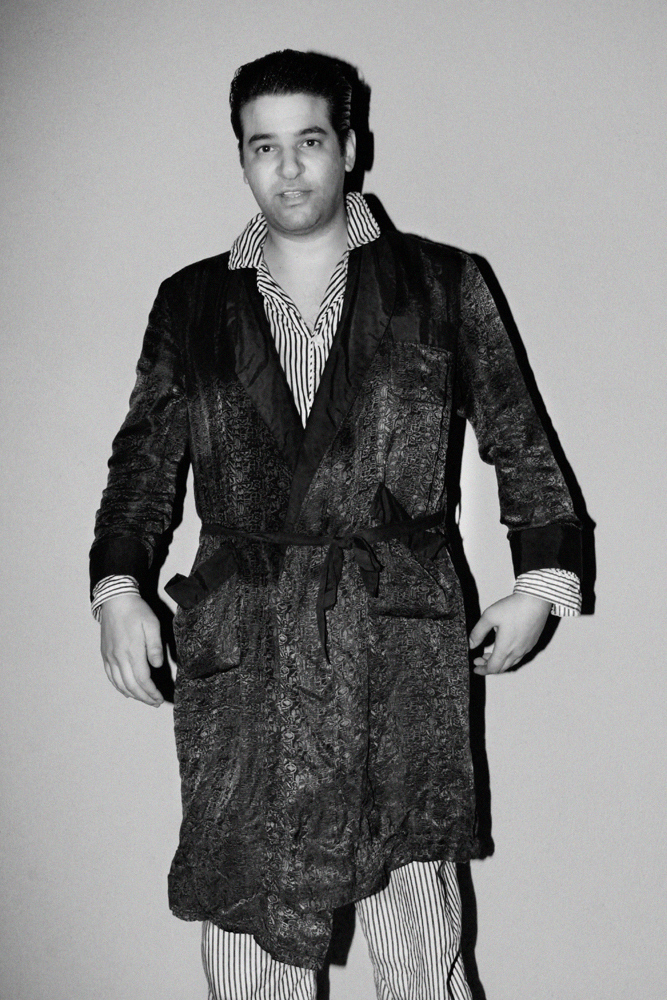 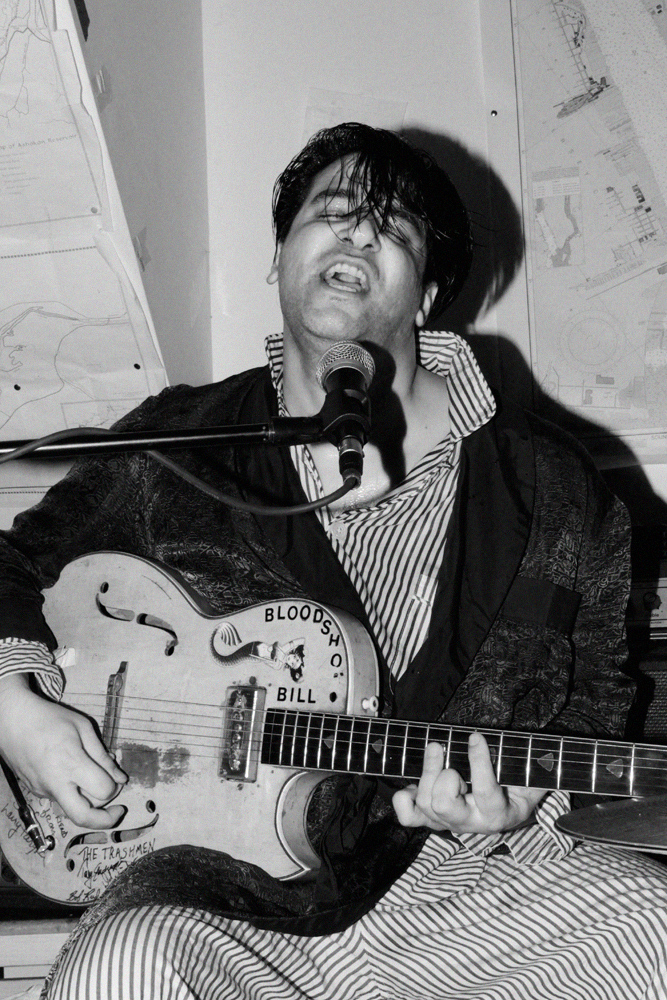 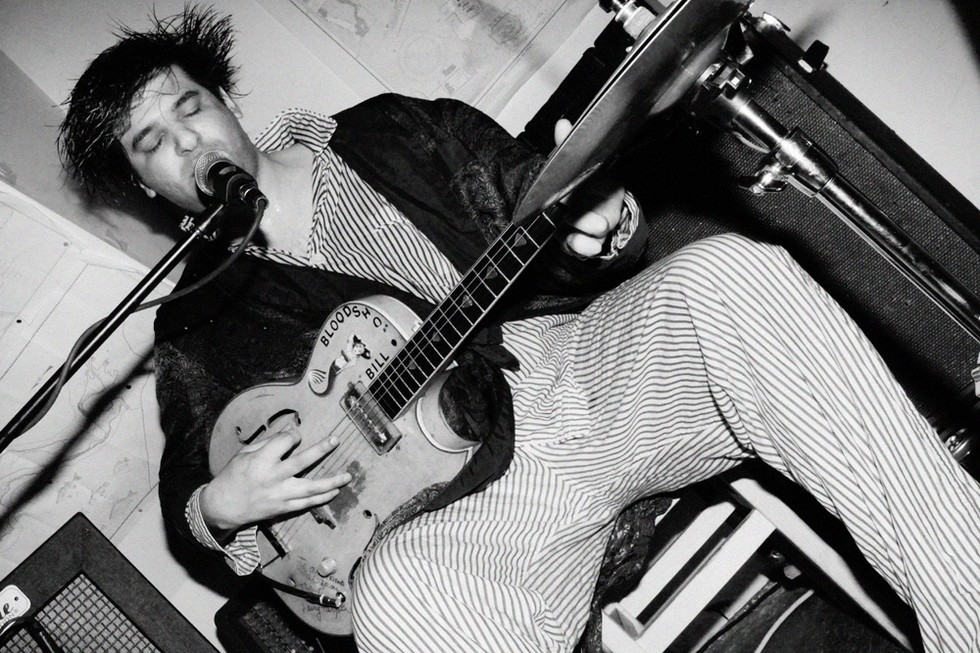 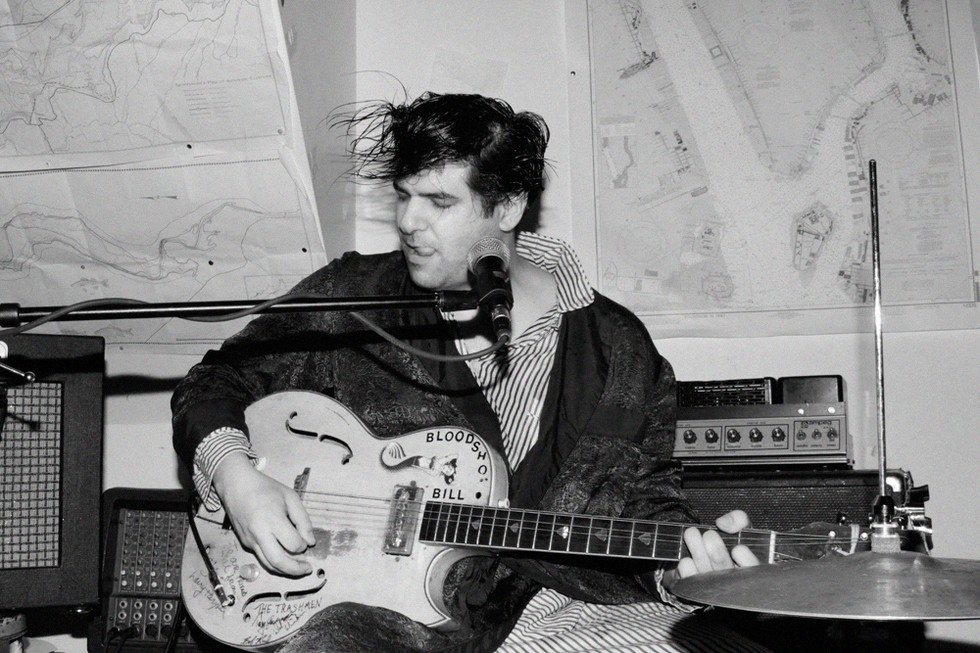 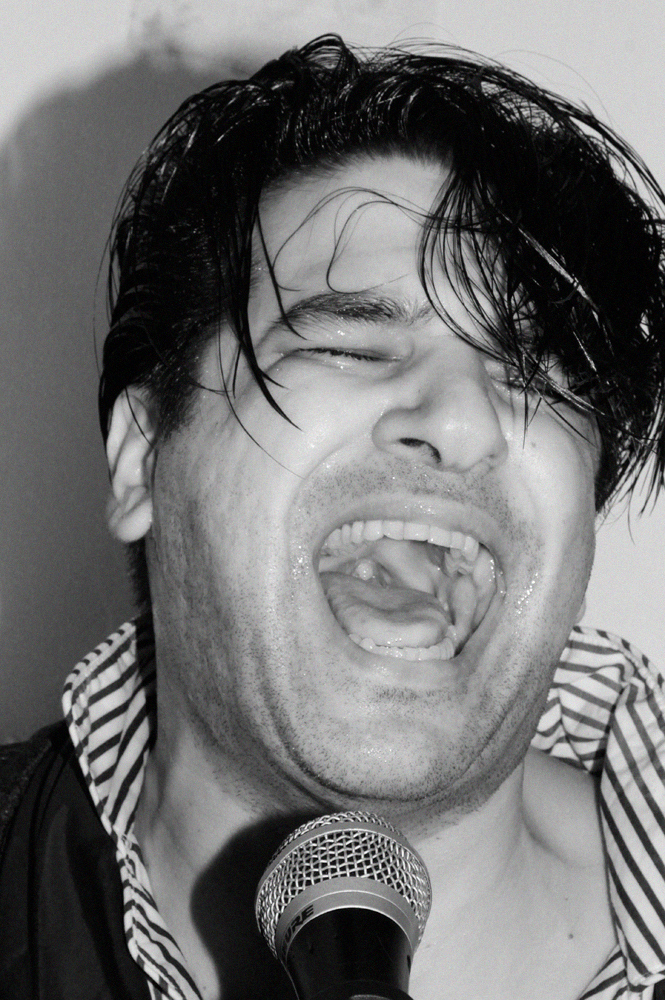