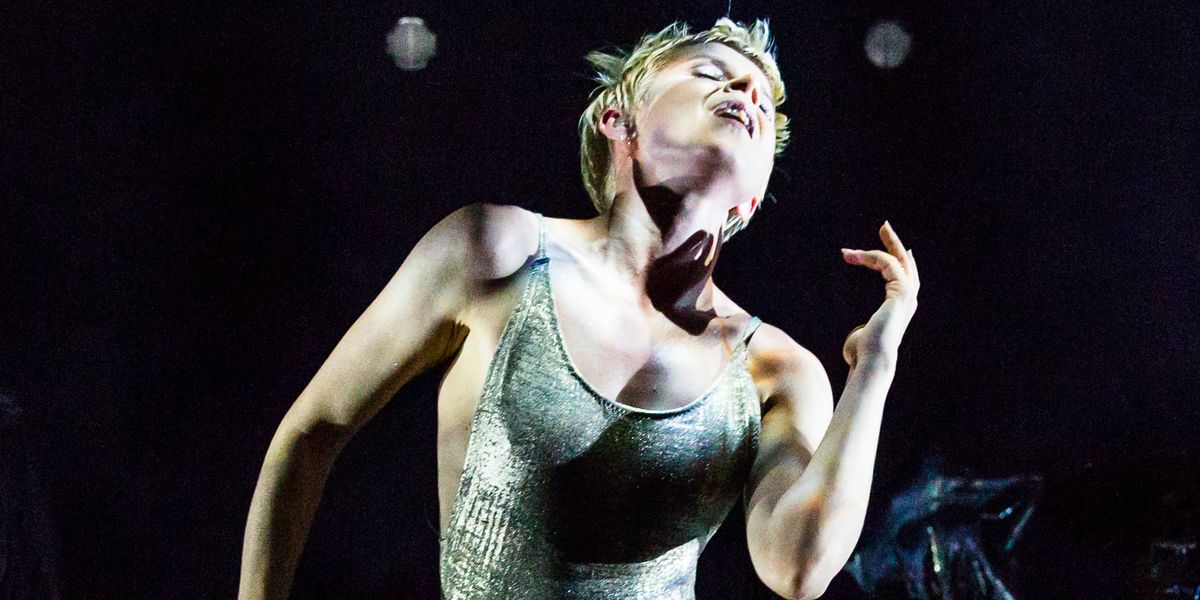 Robyn has been relatively quiet for the past few years, most recently dropping an easter egg on HBO's Girls last season in the form of "Honey." Selected from a pool of demos by Lena Dunham herself, the sweet track offered a softer, more sensual sound from the Swedish pop sensation, though it hasn't yet been released in its final form. Last night, during a surprise DJ set at the Brooklyn Bowl in Williamsburg, Robyn unveiled the official cut of "Honey," along with an explosive live performance of "Love Is Free" with New York-based rapper Maluca.

The rare, unexpected appearance followed a conversation earlier that evening at the Museum of Modern Art as part of the Red Bull Music Festival. Robyn sat down with English musician and collaborator Kindness (real name: Adam Bainbridge) to talk through her decades-long career, starting at the beginning when she went on tour in a hippie Volkswagen van with her parents. The two also dove into Robyn's inspirations like Neneh Cherry's "Manchild," and played exclusive demos of "Be Mine" (the original had gritty, punk guitars) and "Dancing on My Own," which showed the way Robyn developed the melody and rhythm for her career-defining single.

For fans hoping to hear what's next from Robyn, she admitted that there is an album on the way — her first solo full-length since 2010's Body Talk. "It's not finished yet, but it's almost there," Robyn said, explaining that the music she's been making is more independent than anything she's done in the past, which spawned from years of psychoanalysis that allowed her to better understand herself. "I started on my own, in my home studio, listening to the music that I love, dancing and listening to beats," she said. "The new album has much more production work on my end."

During this time, Robyn said she listened to a lot of '90s house music (which was reflected in the singer vintage grey blazer with strong shoulder pads) and tons of Michael Jackson tracks (specifically his demos from the Off the Wall and Thriller albums). Robyn said Sheila E.'s "A Love Bizarre" is the perfect, timeless melody, and sang Prince's praises throughout her conversation with Kindness. "I always try to write a song that I think maybe Prince would like," she said. "That's how I get myself in shape."

Related | Our 1999 Photo Shoot With Prince was a Hilarious Disaster

Despite more isolation with her new process, Robyn said the past few years have still seen a fair share of collaborations that could make their way onto her next album — most notably, unfinished material with iconic Minneapolis pop producers Jimmy Jam and Terry Lewis, who're famous for their work on Janet Jackson's Grammy Award-winning album Control in 1987. Kindness and Robyn mused about asking them to fetch the original synthesizer that they used on Jackson's single, "What Have You Done For Me Lately?"

The energy of this forthcoming effort will echo the lyrical ease of "Honey," Robyn said. "I used to think the more you push the better it gets, but with this album I've gone more back into the softer I get, the more it happens, and the more colors and dynamic a song gets. And for me, that meant shutting down for a while and being sparse with my impressions and sensitive to what I needed."