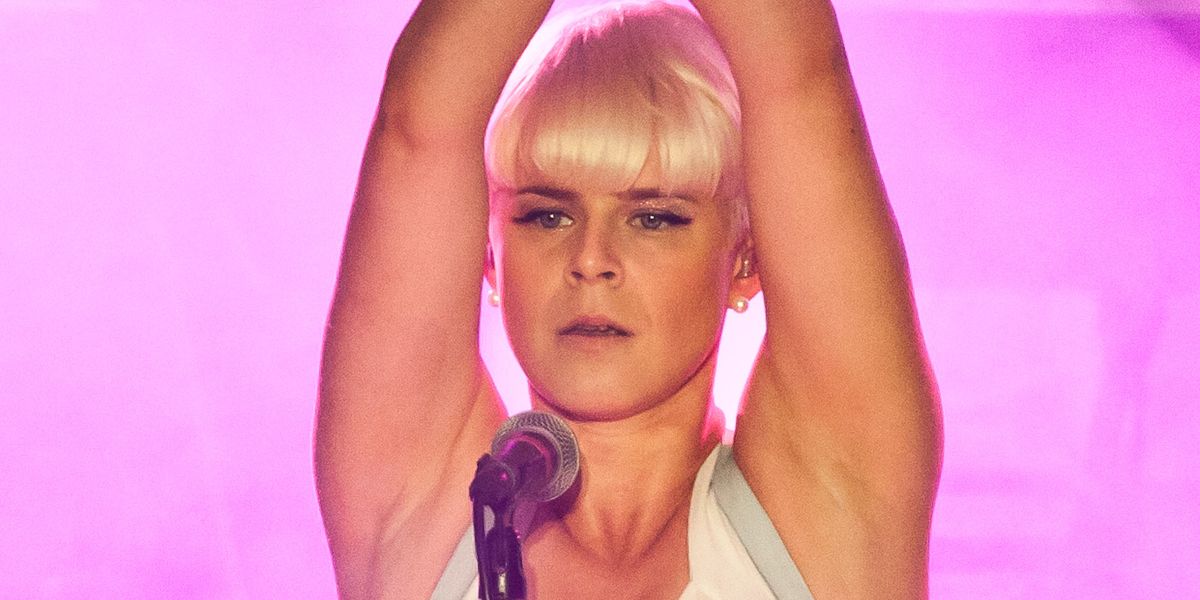 Robyn's 7-Minute Film Proves How Much She Loves Us

Robyn really misses us. Now, with the release of her new single "Missing U" arriving tomorrow from her first solo album in eight long hard years, accompanied by a new video dedicated to her fans, it's abundantly clear that she loves us, too.

How to cope on this Monday morning? If you've ever experienced the psychedelic euphoric recall that is Robyn's music, then if you watch the seven-minute film she released today to tease her new song, you'll most definitely feel the love. The clip," directed by Danilo Parra, shows Robyn in a New York hotel room listening to voicemails set up by creators of The Robyn Party, a semi-regular Robyn-themed dance floor odyssey held in Williamsburg, Brooklyn.

The video features numerous touching voiceovers and on-camera interviews where fans express their devotion and love for Robyn and her timeless music. Here's a good one: "Some of her songs make you want to embrace the sadness in your life," which is not untrue. Other fans say that "even though they are fat," that they can perform her dance moves in the "Call Your Girlfriend" video. Another truly great message: "Robyn embodies what it's like to feel alive on a dance floor, all inside her voice."

While listening to all of these messages, Robyn smiles. She admits she is shy, but expresses a desire to be present for her fans, citing them as inspiration for "Missing U." And she shows up in a big way. Watch the magic unfoldm below.