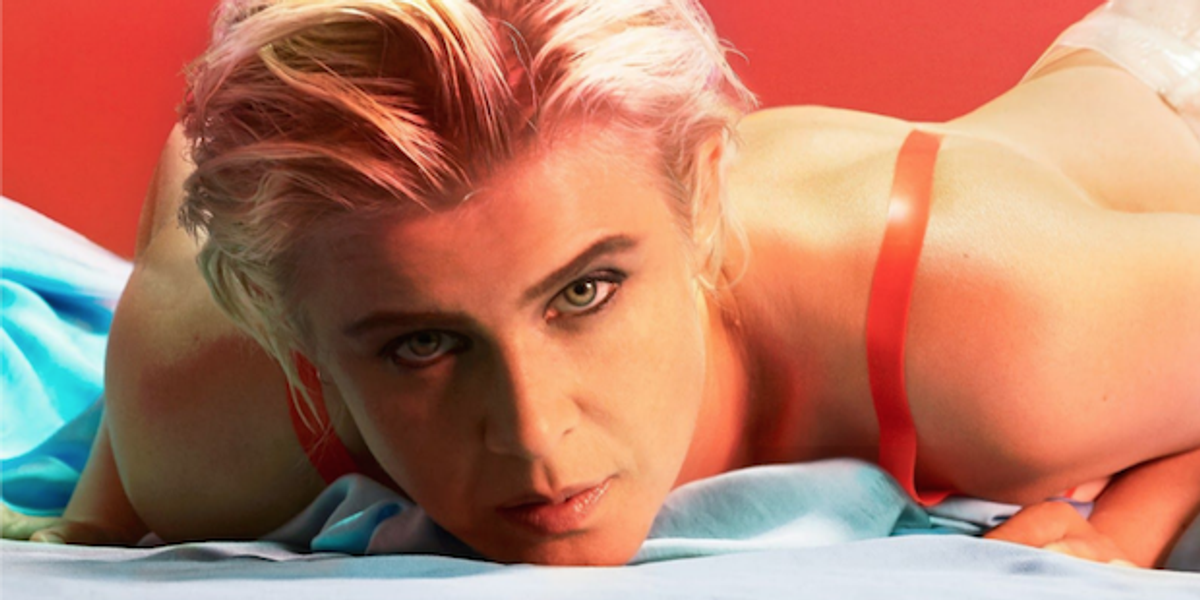 Prepare Yourself For 'Honey:' Robyn’s First Album In 8 Years

There's been no longer-awaited album in pop than Robyn's follow-up to her 2010 Body Talk.

Our beautiful Nordic DJ queen has been teasing us for months, and this morning she announced that she will release a new album, titled Honey on October 26 in an endearing video.

"Hi, I'm on the set for my first music video for this album and I just want to tell you in person that it's going to be out really soon. It's called Honey. It will be released on the 26th of October and I really can't wait for you to hear it."

She reveals it's going to be a "personal album" and in a press release, she described the album: "This sweet place, like a very soft ecstasy. Something that's so sensual, and so good. I danced a lot when I was making it. I found a sensuality and a softness that I don't think I was able to use in the same way before. Everything just became softer." The album will feature contributions from Joseph Mount, Klas Ålund, Adam Bainbridge, Mr. Tophat and Zhala.

Robyn teased the album's first single "Missing U" earlier this year, and presumably Honey will also contain the final version of her long-awaited unreleased "Honey" which has become ripe with fan lore after Robyn played for fans at a DJ appearance at Brooklyn Bowl this summer and it was used in the finale of Girls.

Related | Watch Robyn Perform 'Missing U' for the First Time

The album cover, also debuted today, features Robyn lay-crouching on a bed, staring tenderly but determined at the camera, over a bright-hued mustard and coral background.

The singer hasn't been completely silent since Body Talk, an album that defined her with hits like "Dancing on My Own," "Call Your Girlfriend" and "Hang With Me," releasing a stream of singles and collaborations including "You Should Know Better" ft. Snoop Dogg and Todd Rundgren's "That Could Have Been Me."

Nonetheless, Honey joins Norman Fucking Rockwell on our roster of reasons to keep getting out of bed as the summer fades into crunchy, artificially pumpkin-spiced fall malaise.