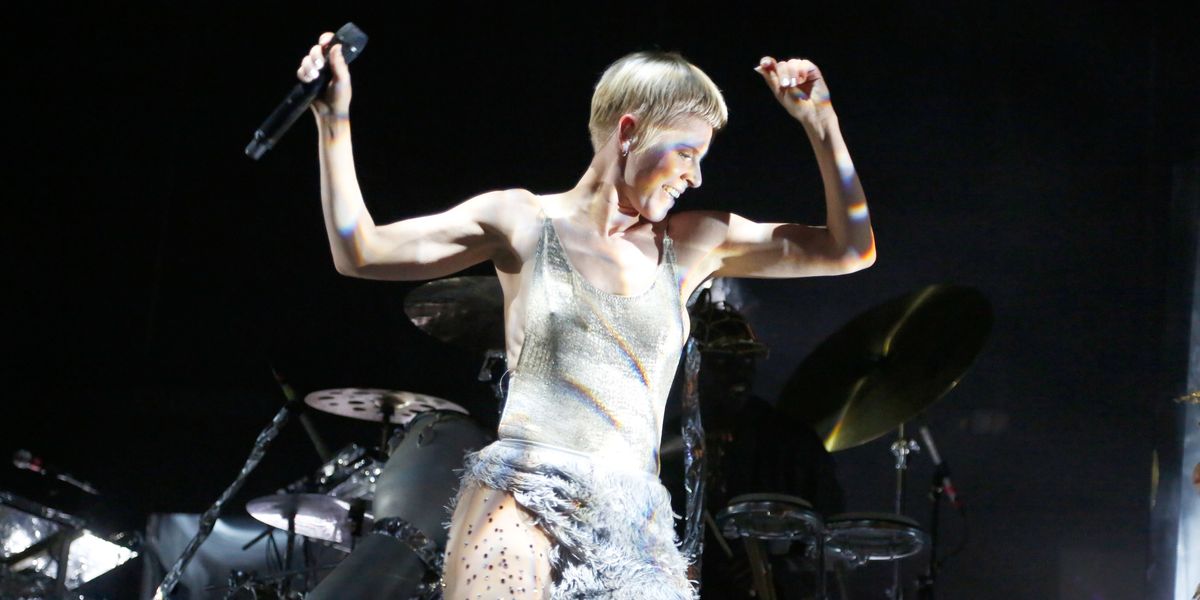 The latest treasure of the Honey era is here. Since the album dropped Robyn has been touring the globe, dropping sporty fashion collabs, and dropping gorgeous album visuals. We watched her go clubbing in "Honey" and twirl through the forest in "Send Immediately to Robyn." She teamed up with queer pop iconoclast SSION for a sun-soaked and gloriously, intentionally tacky low-production value video for Honey banger "Between The Lines" shot all across Ibiza.

Related | Pop Wildcard SSION Is Ready for His Comeback

"Robyn is one of my favorite artists to collaborate with and making this video with her allowed for a lot of playfulness in embracing the extremes of being in a place like Ibiza... the aggressive tackiness of tourist culture slapped up against the serene beach vibes" SSION aka Cody Critcheloe explained in a statement to Pitchfork.

He continued: "It reminded me of when I first started making videos on a mini dv camera — no pretense, DIY, run & gun... just being in the moment. We also wanted to keep the edit rude and leave in a lot of the in-camera audio of us giggling, talking & screaming — just a complete disregard for pop music video formalities to create something that feels very fun and alive."

The intimate, unfussy video might be trying to tackle Ibiza's party culture, but with its many shots of Robyn laughing, dancing, drinking, taking selfies, running around and goofing around on the beach, it mostly feels like a friend's loving tribute to Robyn's magnetism.