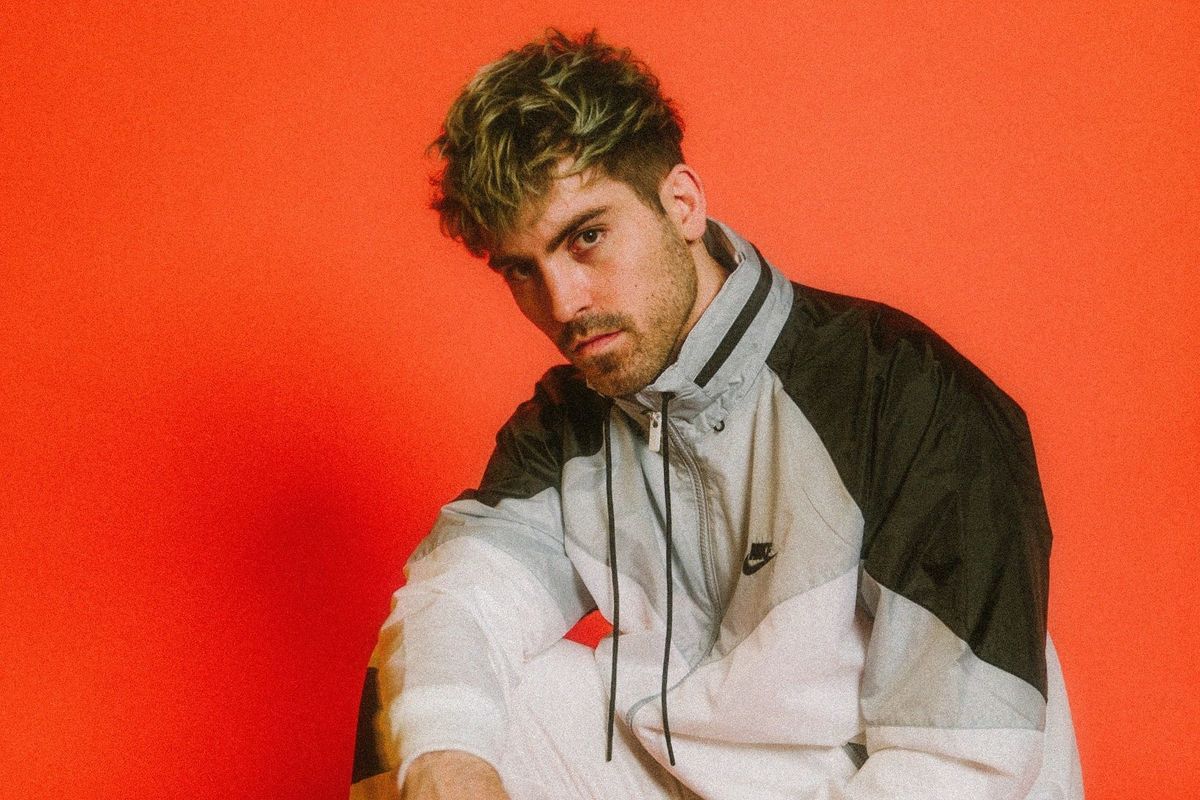 Robokid Rediscovers His Voice on 'RK1'

Do you remember the first song you ever fell in love with? The song you had your first kiss to? The song that reminds you of the summer after high school graduation? The song that you used to play on repeat until your parents unplugged the stereo? Odds are you do, and every time that song unexpectedly comes up on shuffle you are immediately thrust back into that moment, whether you want to or not. It is something we all carry with us whether we are excited our favorite band got back together or painfully long for a time that felt much simpler. As we grow up we build a soundtrack of our lives without even realizing it, amassing a never-ending playlist of songs that ultimately remind us who we are.

It was in exploring the songs that defined his youth that LA producer, Robokid, found the inspiration for his new mixtape, RK1. The first full-length body of work the artist has put out since making the transition from DJ to songwriter, Robokid's latest offering is, in a sense, a tribute to the late 80s and 90s pop he grew up with interpreted through a modern lens and embedded with his own personal history.

From the massive glittery synths of opener "in flames" to the introverted guitars of "Everything Around You," Robokid manages to funnel his nostalgia for Y2K pop into a glossy tunes that manage to turn bedroom emotions into stadium-sized anthems. Having recently co-produced Slayyyter's Heidi Montag-approved bop "Mine," it is safe to say that Robokid knows his way around a pop convention or two. The artist's second full-length release, RK1 very much feels like Robokid coming into his own. More confident in his voice and what he wants his music to be, RK1 comes across as a declarative statement rather than an ambiguous status update and is all the better for it.

We caught up with Robokid ahead of the mixtape's release to chat about the making of RK1 and what's next:

What initially inspired you to go the mixtape route for RK1?

Well I've been wanting to put together a longer more full length body of work for a while but was not satisfied with the group of songs I was making, everything felt really random until like the fall/winter. I really love albums and mixtapes moreso than a short EP or singles because it really allows you to immerse yourself in that artist's world and get to know their personality better. I wanted to be able to bring people into my headspace and hopefully this mixtape bridges my more indie rock sounding music with my more electronic stuff.

How did you end up the making the transition from DJ to producer/songwriter?

I think transitioning into writing lyrics and full songs was something that was always on the table, yet I didn't really allow myself to do it for a while. When I was first starting out production in 2009 I was making similar music to what I am now but was making my friend sing my lyrics. Then from 2011 on all I was focused on was beat making and DJing, it took me until like two years ago to actually give singing and writing a shot again but it felt so natural that I went all in on trying to find my voice.

Is there a common theme that you would say runs through the release?

Most of the songs revolve around past personal relationships with friends from high school as well as present day stories about current relationships and living in the digital age. A lot of the songs carry a more somber theme while still trying to sound fun or lighthearted. However, I really wanted the songs to be able to be interpreted in many ways. (ex: One song "Everything Around You" sounds like I'm singing to an ex but i'm really talking to myself in the third person). In the end, it's music and I want people to take what they want from it.

How do you think you've matured as an artist in the time since your first EP?

Well, two years ago when I was writing that EP, I was pretty new to recording vocals and rusty at writing songs so I am a little embarrassed to listen to it. The songs didn't feel as much like stuff I wanted to release but I think it was because I was early into trying to find my voice. I wasn't taking an active role in producing everything, I was letting other people produce full songs for me and I would just sing. This mixtape feels more authentically me because I executive produced everything, I had a hand in all the beats, and I think I just did a better job overall.

What was it about 80s and 90s pop that made you want to revisit that sound? What are some of your favorites from the era?

OMG I'm not sure how to go about answering this without going into essay mode but — growing up I was obsessed with pop music. My parents would listen to the radio and I just remember me and my sister blasting the radio in my living room and dancing around to Spice Girls, the Macarena, and all that amazing 90s kids stuff. I had so many different favorite songs growing up that it's difficult to pick and when i was 12 some my favorite albums that i owned ranged from like Eiffel65's "Europop" to Destiny's Child's "The Writings on the Wall" to Alien Ant Farm's "Anthology." (I realize a lot of this is like early 00s not 80s/90s) I think I mostly just liked songs that gave you that feeling of high energy. And back to your original question, more simply — I just like the way music sounded back then.

You co-produced Slayyyter's last single "Mine," was there anything that you learned from that process that you brought to this record?

Well actually me and Slayyyter met while I was wrapping up this mixtape so it was almost finished when we started hanging out. I think if anything the music she has helped inspire you will hear very soon — I've got a bunch of stuff to be on the lookout for after this mixtape but that's all I want to say.

What is the most ideal place to listen to this tape? What do you hope people take away from it?

IN THE CAR (alone) Driving - with the volume up all the way!!! That's how I like to listen anyways lol. I feel like it's great driving music, not sure why. What I hope people take away is that it's ok to be yourself, it's ok to move on from traumatic experiences, and it's ok to be alone.

What can we expect to see from Robokid in the future?

More of my own music, more productions for some of my favorite artists, more shows, more merch, and hopefully some music videos if my wallet allows.

Listen to the premiere of RK1 below, out March 8th via Moving Castle: