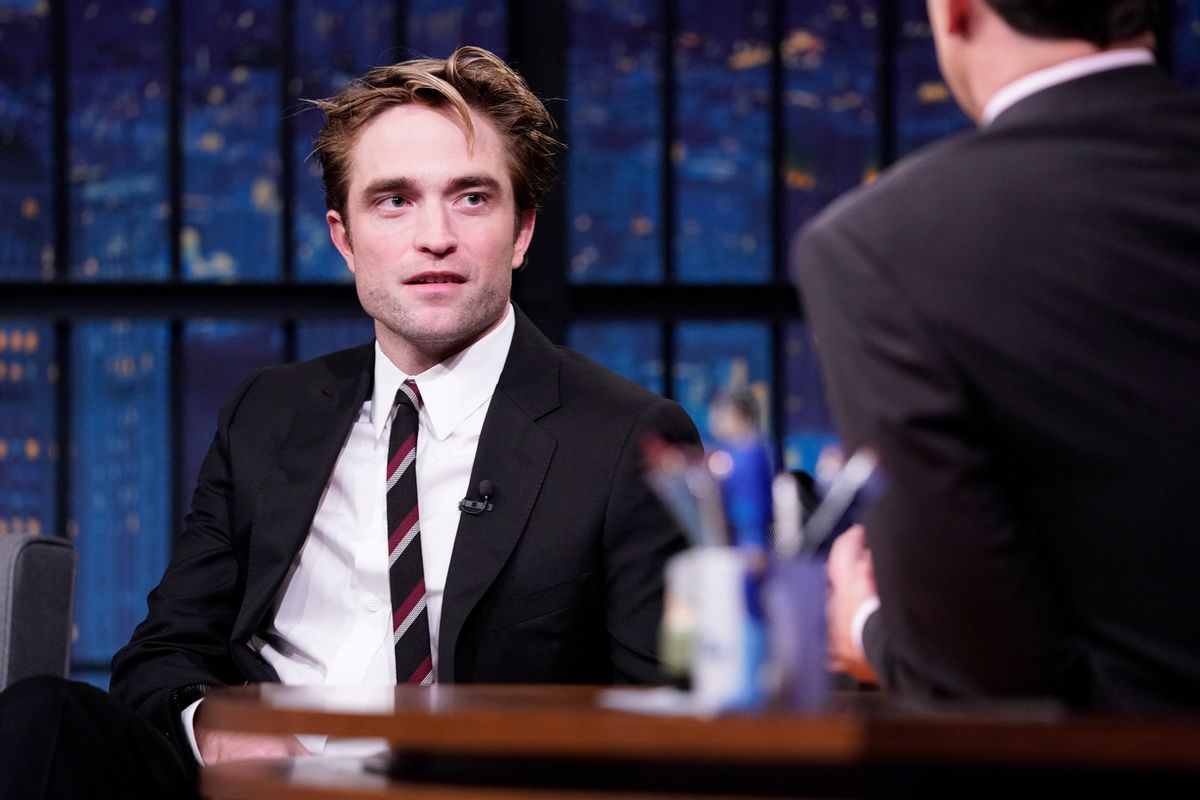 At this point, it's obvious Robert Pattinson is quite alright with getting a little TMI about his acting process, especially when it comes to his recent work on The Lighthouse. His latest revelation though? Apparently, director Robert Eggers had him dive right into the difficult scenes. In fact, Pattinson said he had to spend the entire first day of shooting completely naked — save for a rain hat.

While speaking on Entertainment Weekly's "The Awardist" podcast, Pattinson opened up about the physically grueling shoot, which involved a lot of manual labor for his character.

"The first day of the shoot was probably [spent] naked in this little shed and kind of just losing my mind — and I had a rain hat on!" he laughed, before elaborating on the purpose of it all.

"I think we were also trying to establish how the light really looked," Pattinson explained. "I was kind of just looking in the monitor and just kind of checking. Because it's quite striking what you can do, because you're working in very unusual confines. You have no idea what actually stuff looks like. So, that was kind of fun."

And while our definition of "fun" may differ slightly, listen to Pattinson explain his rationale for yourself, below.