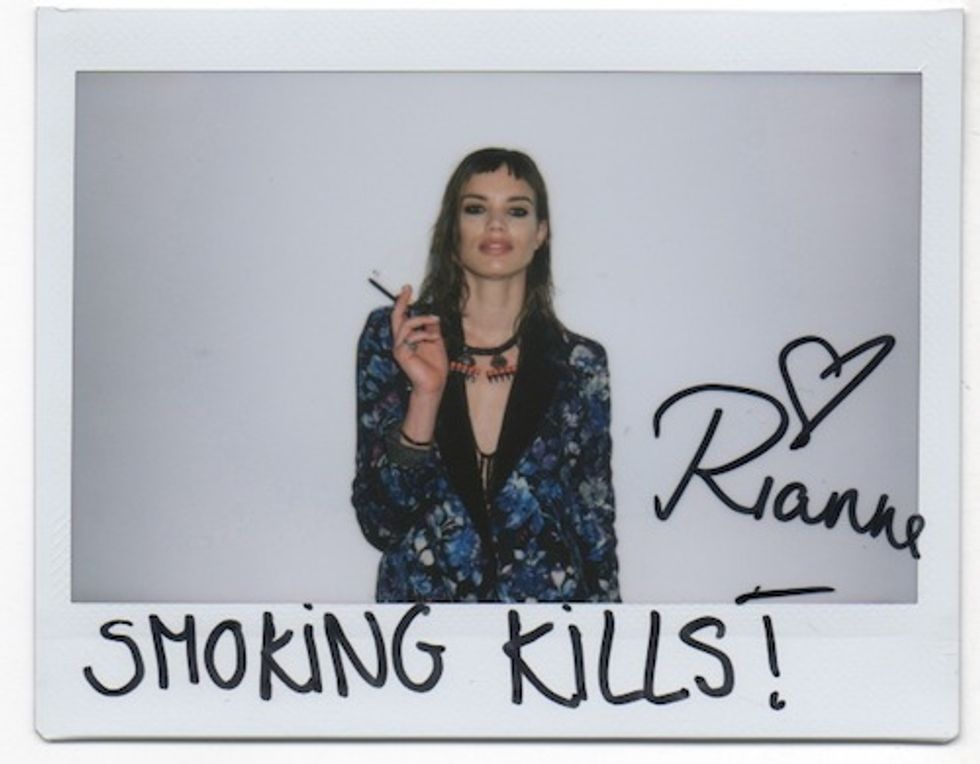 Photographer Rob Oades has been taking polaroids of his model subjects while they're off-duty (or having a cig during photo shoot breaks) throughout the years and has amassed quite the cute collection. From well-known models like Anja Rubik to actress Felicity Jones, it's fun to see Oades' subjects let their guards down. We also get a kick out of the scribbles models leave on their photos -- you're right, Rianne ten Haken, it probably ain't much if it ain't Dutch. If only we were Dutch models...
Check out some of Oades' polaroids above and below. 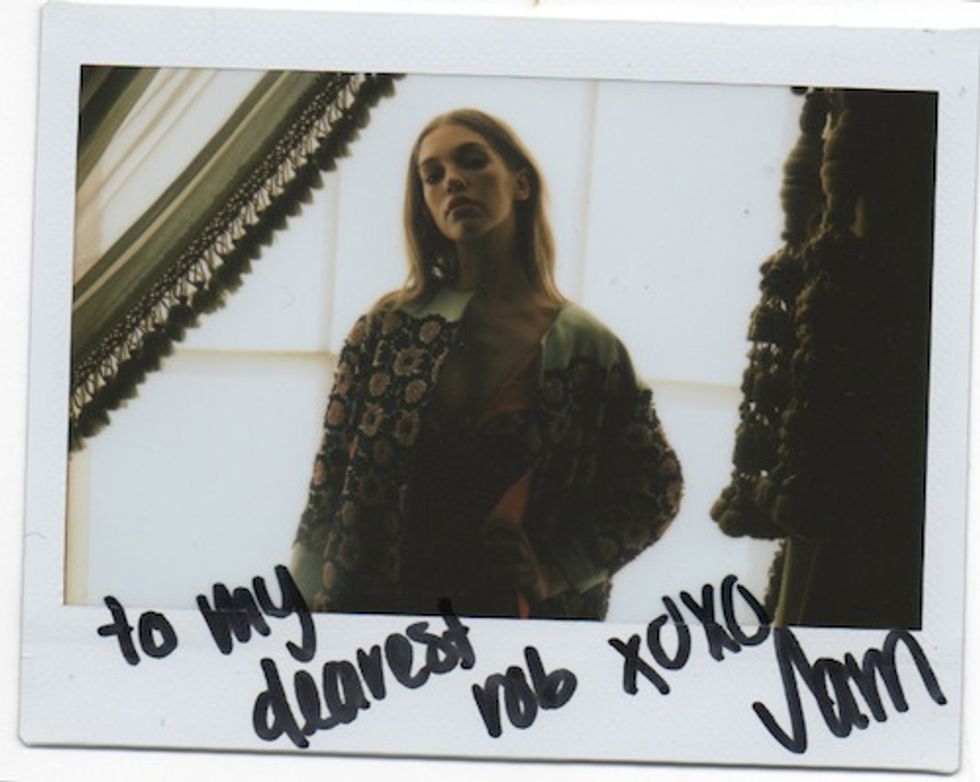 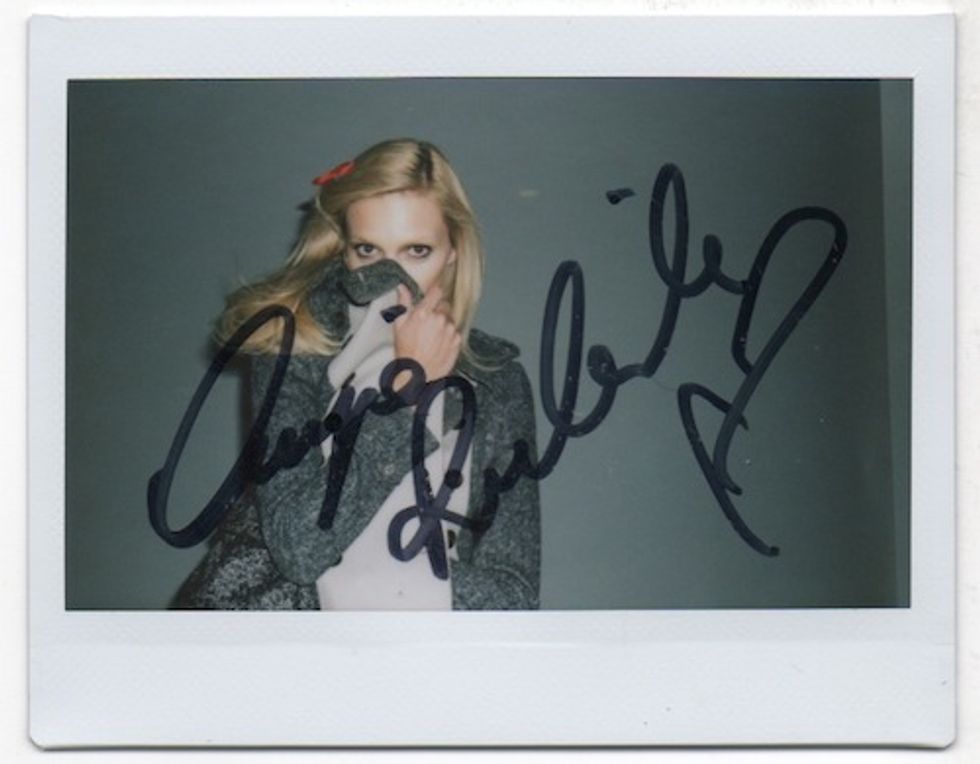 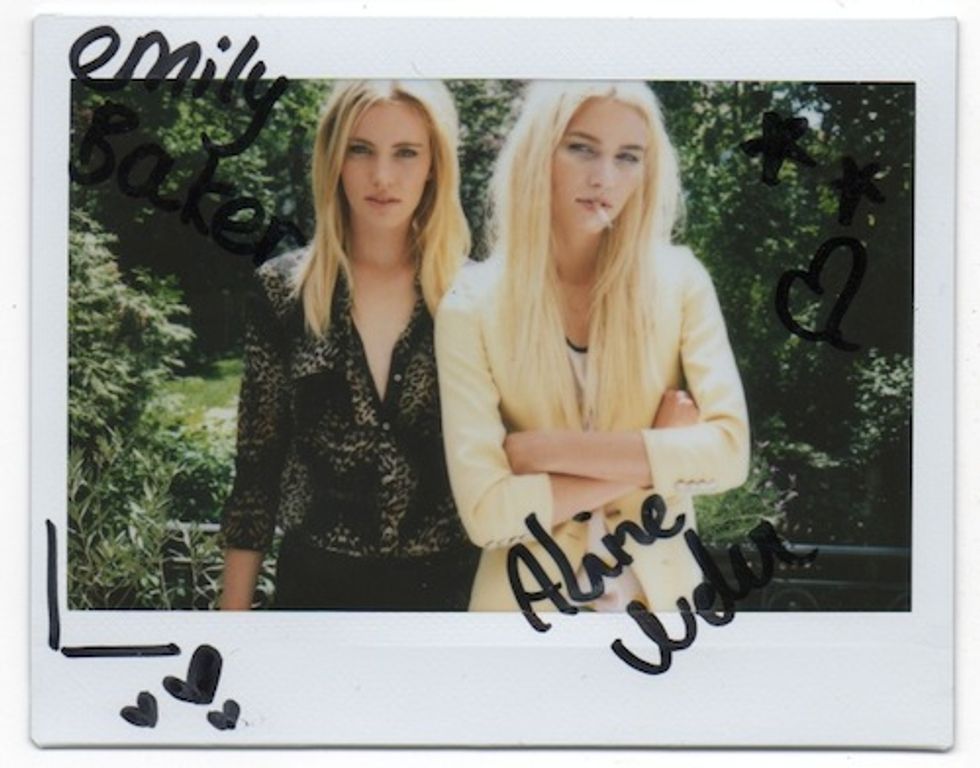 Emily Baker and Aline Weber hanging out in Munich. 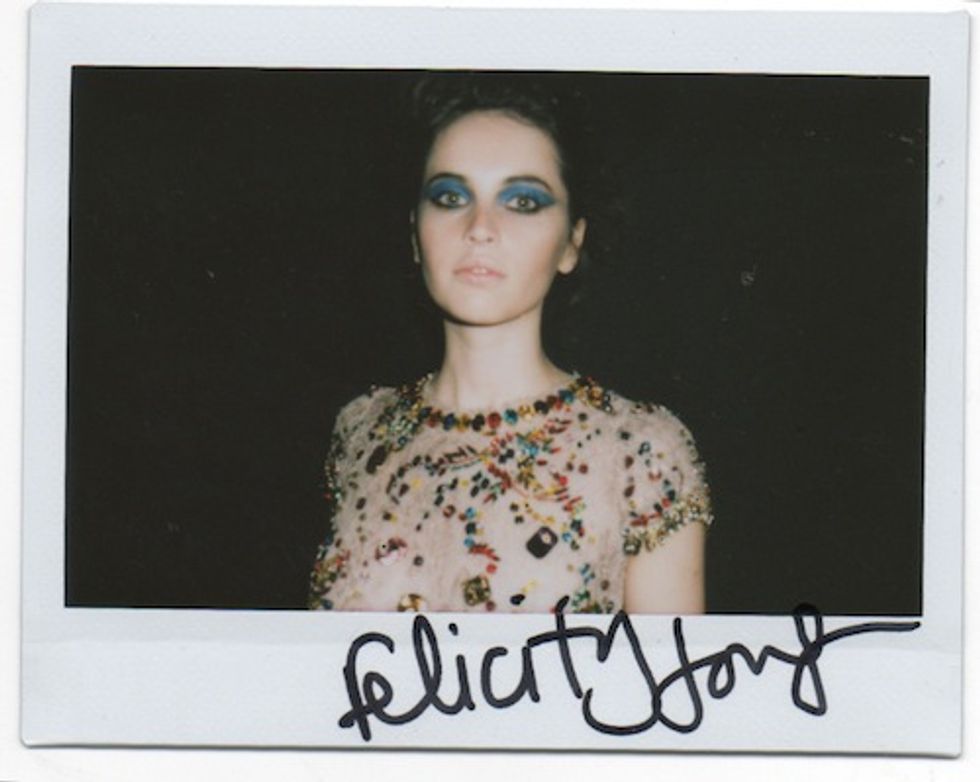 A wide-eyed Felicity Jones in dramatic eyeshadow makes for a memorable shot. 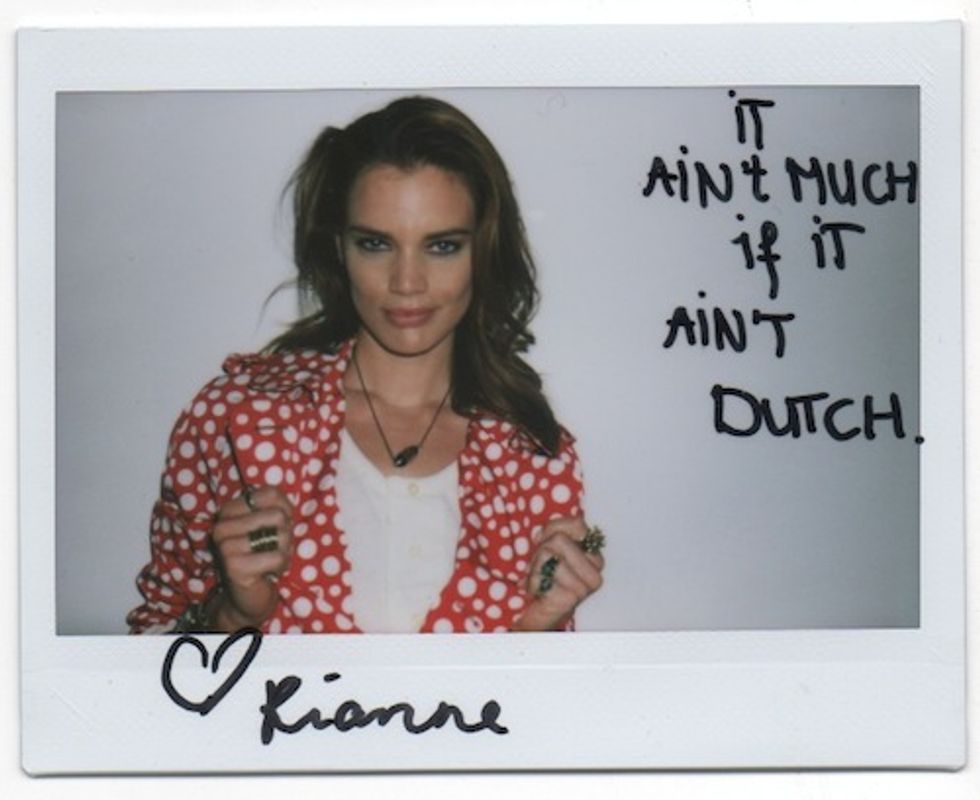 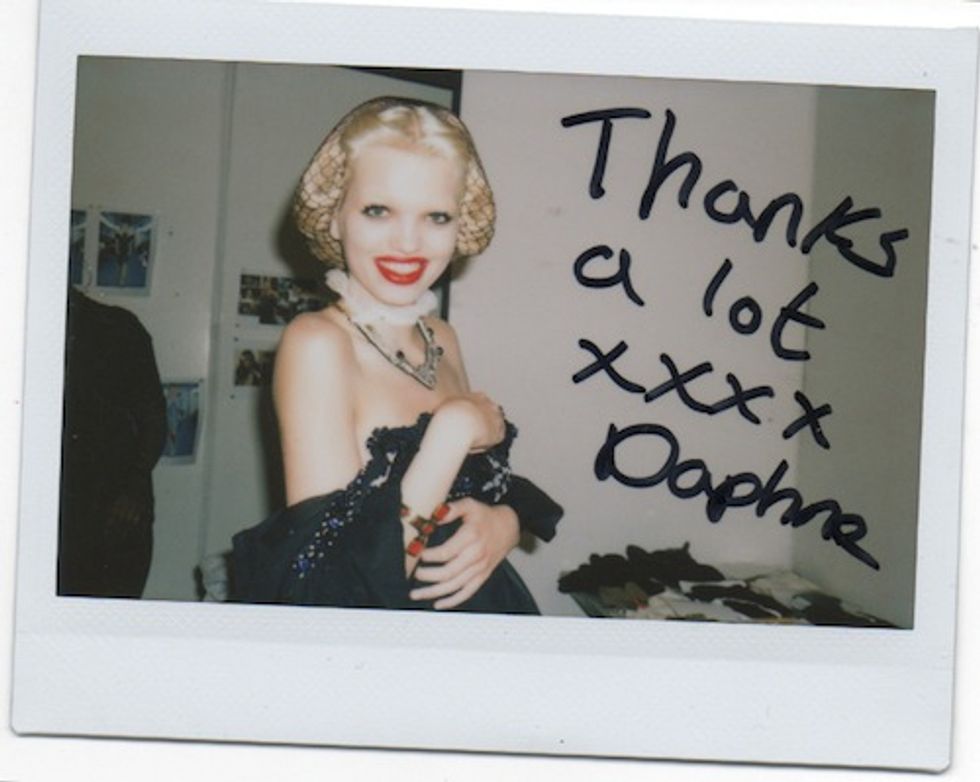 Oades took this photo of Daphne Groeneveld showing off her famous smile while on a cover story shoot for Korean Vogue.
[via It's Nice That]