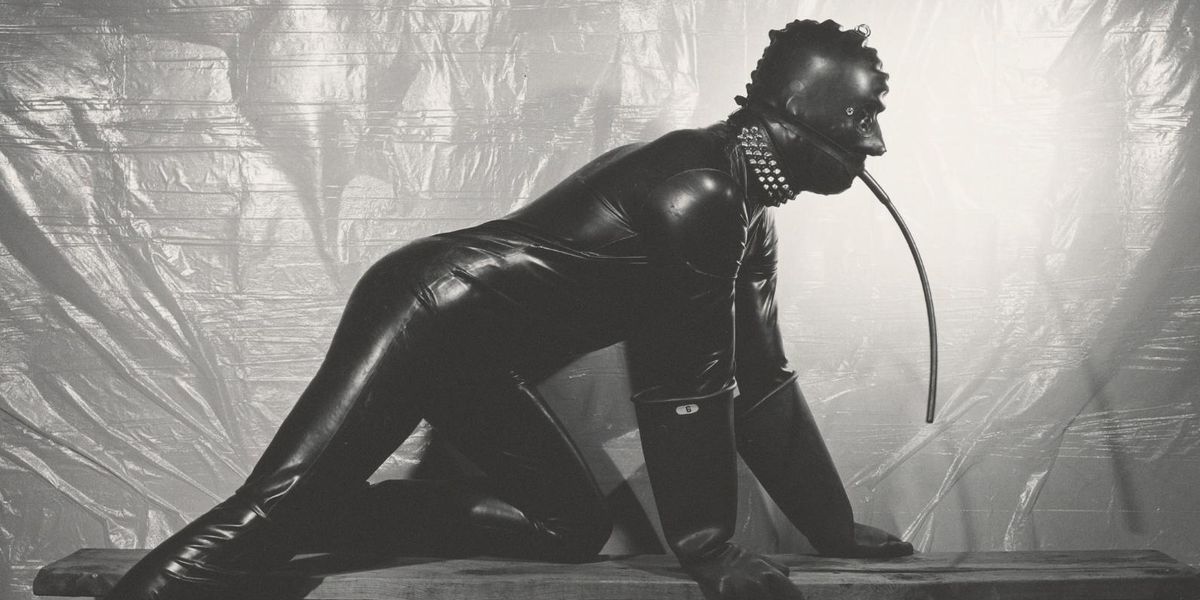 Mapplethorpe: Look at the Pictures premieres at Sundance (and airs April 4 on HBO. James Franco is attached to star in a dramatic feature about the controversial photographer of celebrities, flowers and homoerotica who defied censors and died of AIDS in 1989. A biopic starring Matt "Dr. Who" Smith as Mapplethorpe and Zosia "Girls" Mamet playing his muse Patti Smith, directed by Ondi Timoner with the all-important backing of the Mapplethorpe Foundation is in production. Mapplethorpe muse Patti Smith herself is getting into the action co-writing/producing a miniseries adaptation of her book Just Kids for Showtime. Smith's chronicle of her years living down and out at the Chelsea Hotel kicked off the Mapplethorpe Moment, which now looks like it's going to get a full 15-minutes. In an unprecedented move, the Getty Museum and LACMA will share his work in a landmark retrospective exhibition at both museums opening this spring.

When Mapplethorpe died in 1989 at the age of 42, I wrote a piece reflecting on his life. We had met 8 years earlier when the up-and-coming artist was known primarily for the iconic photo he took of Patti Smith for her album Horses. An eye-catching poster -- a self-portrait of the artist in front of a pentangle brandishing a machine gun -- was plastered all over Soho and the message was clear: Watch out, here I come. Intrigued, and with some trepidation, I arranged to meet him at his Bond Street loft for a story I was writing for the Soho News. I went expecting to find a wild man with a personality in keeping with his sex, drugs and rock 'n' roll image. Instead, I met a soft spoken aesthete who collected glass, devil masks and other fine objects. Mapplethorpe sat me down and we proceeded to the interview and the awkward moment that followed. Awkward for me, that is. "Here's something I want you to look at," he said, handing me a photo album that contained many of his most shocking images of S&M, including fist-fucking. These images were beautifully lit and printed, extreme care and fetishistic attention given to subject matter previously seen only in porno magazines, if at all. And that was the point. He got me to look appreciatively at images that would otherwise shock and repel me. He had successfully bridged the world of pornography and art and he was proud of it.

When I attended a screening of Fenton Bailey and Randy Barbato's Mapplethorpe: Look at the Pictures those memories came flooding back. It tells the story of a middle-class altar boy from Queens who went to Pratt and embraced the life of a fledgling artiste with a live-in muse (Patti Smith). Mapplethorpe rose to become a courtier of New York society and a lightning rod of the '80s culture wars that reached its pinnacle with the cancellation of a posthumous show of his work at Washington's Corcoran Museum. That exhibit, Robert Mapplethorpe: The Perfect Moment, included more than 150 works, many of them explicit homoerotic and violent images, and was partly financed with a grant of $30,000 from the National Endowment for the Arts. It was cancelled two months after his death from AIDS in 1989.

Given the photographs we see in the movie, the curators fondling the picture and the camera lingering over them a tad longer than necessary, it's clear that the movie plus the dual museum shows should lead to some powerful revisiting of the life of this iconic artist. Appropriately sensationalistic (especially given the directors' history in reality TV and movies like Inside Deep Throat and The Eyes of Tammy Faye [Bakker]), the movie makes you look at what you might otherwise want to skim over. The Hollywood Reporter's Stephen Farber was visibly shaken by the experience: "In confronting the sado-masochistic photographs that riled the censors, the issues are more complex. It's somewhat comical to hear the distinguished curators from the Getty and LACMA pontificate about the aesthetic line of the bullwhip that Mapplethorpe inserted (into his butt hole) in one of his infamous pictures."

But why now? Has something happened in the 25 years since his death to account for this unexpected eruption of interest? Certainly the proliferation of images on the internet has something to do with it. What was taboo then, is pro forma today. That he is an artist of the past who touched upon the most contemporary issues -- gender, race and sexuality -- may also contribute to his growing reputation. As does Patti Smith's deification of her soul mate and the mythification of the time and place that was downtown New York.

So I posed the question to the directors Bailey and Barbato who responded with this email:

"Mapplethorpe would have turned 70 this year; so it's something of an anniversary.

"The Jesse Helms condemnation and the trial that followed very much colored our perception of Mapplethorpe's life and work. Actually they hijacked it, demonizing him as a gay pornographer who died of AIDS.

"It takes time, a long time, to erase that kind of prejudice. Now that 25 years and a generation has passed, we are finally able to truly do what Jesse Helms told us to do: look at the pictures.

"As our peg we use the unusual fact that LACMA and Getty -- co-operating for the first time -- are mounting simultaneous twin retrospectives. Why? Because the Foundation entrusted a large body of his work to both institutions.

"It's important to recognize Robert Mapplethorpe's agency in this. He set up the Foundation so that his name and his work could survive his death. Knowing he was about to die he also planned his last show, The Perfect Moment. Decades before [Bowie's] Blackstar he was determined to turn his death into a work of art the same way he had with his life.

"With The Perfect Moment, Mapplethorpe wasn't just curating a show he was building a time bomb. He knew that to combine all the work -- the flowers and the sex pictures -- in one show would be incredibly controversial. And his interest in doing that was that it would make him world famous. And it did. Today this is how most people know him.

"But now it's time for people to know the full story of his life and work. And to do that we turn to Robert himself and his own words. Because Robert befriended writers and wanted to be written about, we were able to access a lot of material and have him be our film's de facto narrator. One of the things he said is that the life he was leading was more important than the pictures he was taking. And this film showcases that life in the context of his work.

"So that's the specific answer to your question why Mapplethorpe now. But there's more... because there's a tremendous resurgence of interest in this period of life in New York generally. Why?

"Perhaps because in the age of social media and everything digital we perceive this era as a golden age when artists were a tight-knit community making art. A pre-wired, pre-gentrified, pre-AIDS New York. Today everything seems about marketing and branding, soulless and inauthentic. I personally don't think that's true. The grit and grime was not shabby or chic the way we see it today. And artists were every bit as ambitious then as they are now. Thanks to Robert's disarming honesty we are able to tell the story -- for the first time on film -- of how one man driven by ambition and a series of very strategically and very carefully chosen collaborators was able to seduce and invade the art establishment, and survive his death earning a deserved reputation as a great artist.

"On reflection, the shortest answer to your question 'Why now' is because Robert planned it this way all along!"

We'll let that stand for now. But I expect in the coming months there will be many more thumbsuckers (aka "think pieces") trying to make sense of the Mapplethorpe Moment.