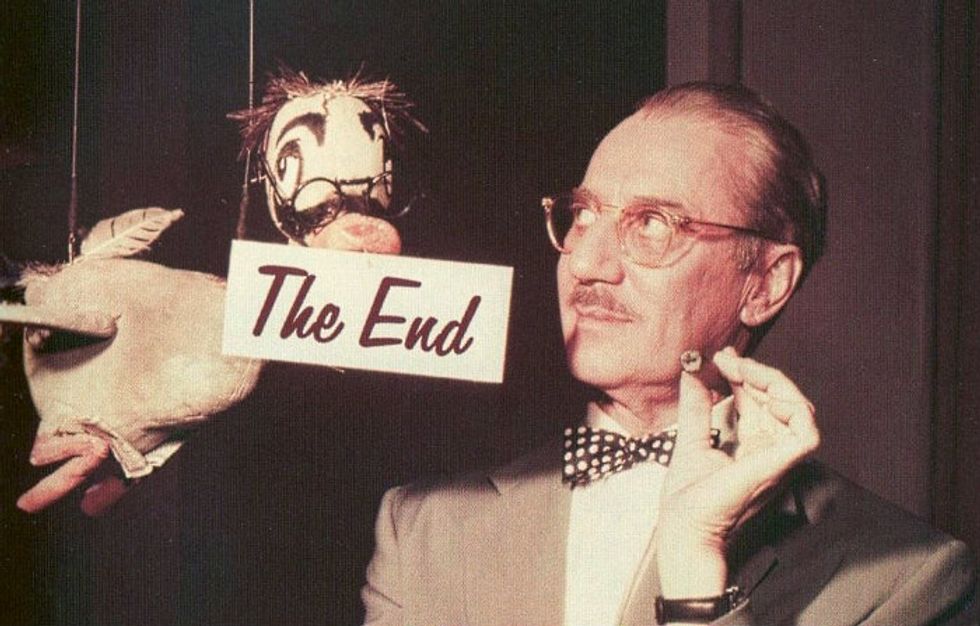 by Eric Thurm
PAPERMAG
In a bizarre piece of movie development news, Rob Zombie -- the guy who wrote and directed House of 1000 Corpses -- is directing a Groucho Marx biopic. It's not like Marx, one of the most popular and influential comedians of the past ever, is a bad subject for a biopic. The movie, which will be based on Raised Eyebrows, a memoir written by Groucho secretary Steve Soliar, is just a little surprising. It's also going to be focused relatively narrowly on Groucho's final years, when he was hanging out at Studio 54 and reportedly exploited by Canadian actress Erin Fleming. It's a time that Zombie describes as Groucho's "Sunset Boulevard." So this might be a really interesting movie, but it also might just be too sad to watch. Put it another way: We wouldn't bet our lives on it being a success.