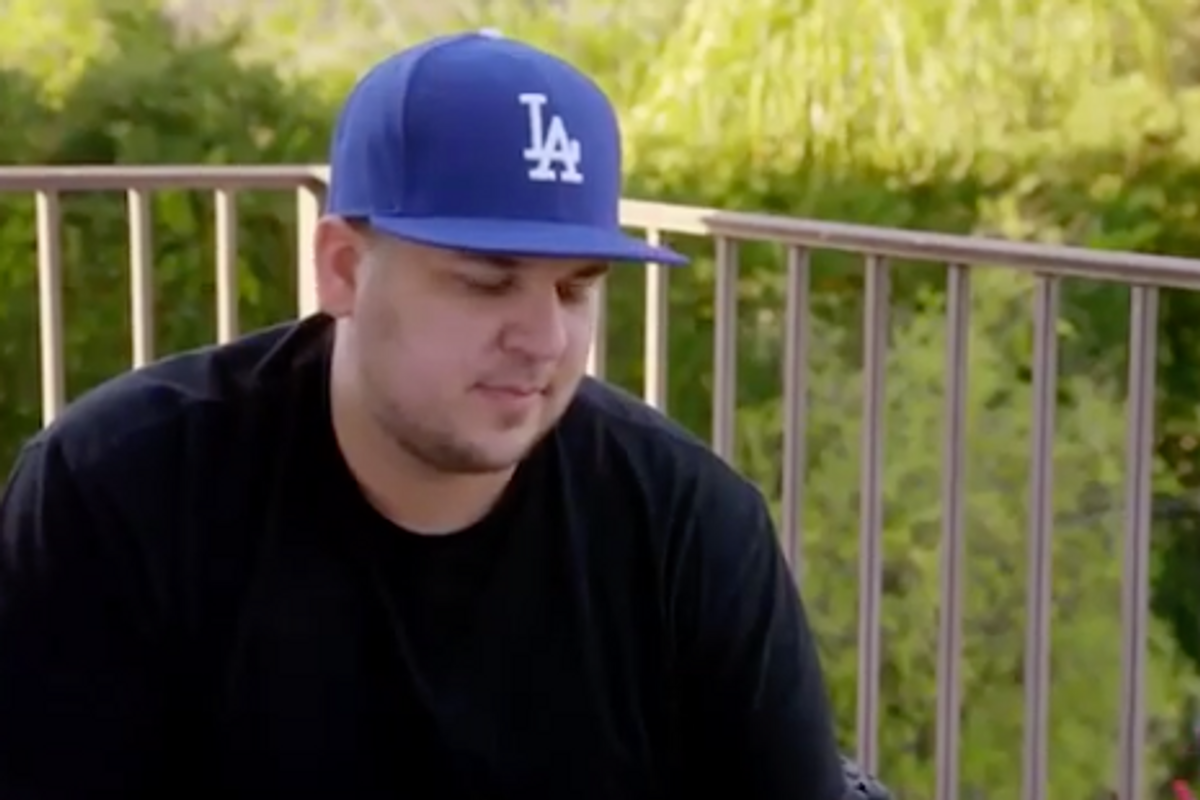 Rob Kardashian is Allegedly Not Allowed to See His Daughter Dream

Who is Rob Kardashian? Do you know? Does anyone know? Does Rob Kardashian know? Obviously not, because Rob, after eating a whole lot, developing type 2 diabetes and being all round not that chill, is now not allowed to hang with his daughter just the two of them. Yikes.

An 'insider' (a title I can only dream will one day describe me) told PEOPLE (which they should really rebrand to FAMOUS PEOPLE because no regular PEOPLE are ever in PEOPLE) that Rob is on a "downward spiral" and is never allowed to be alone with baby Dream. The source also alleges after his hectic break up with Blac Chyna several months ago, Rob has seriously let himself go, eating poorly and generally "very unhealthy – both physically and emotionally." Who isn't though am I right?

Of course, Rob already communicated all this through a series of calls for helps via Instagram in which he implied Chyna was keeping him from seeing Dream.

"But bring Dream back to her Dad please," he said in a now-deleted post. "She blocked me or else I would ask to see her and she has the guard gate not letting me in the gate either. I just miss baby Dream."

What a situation. In the meantime here is Reign kissing Dream and wow what a sentence but it's still very cute and wonderful.