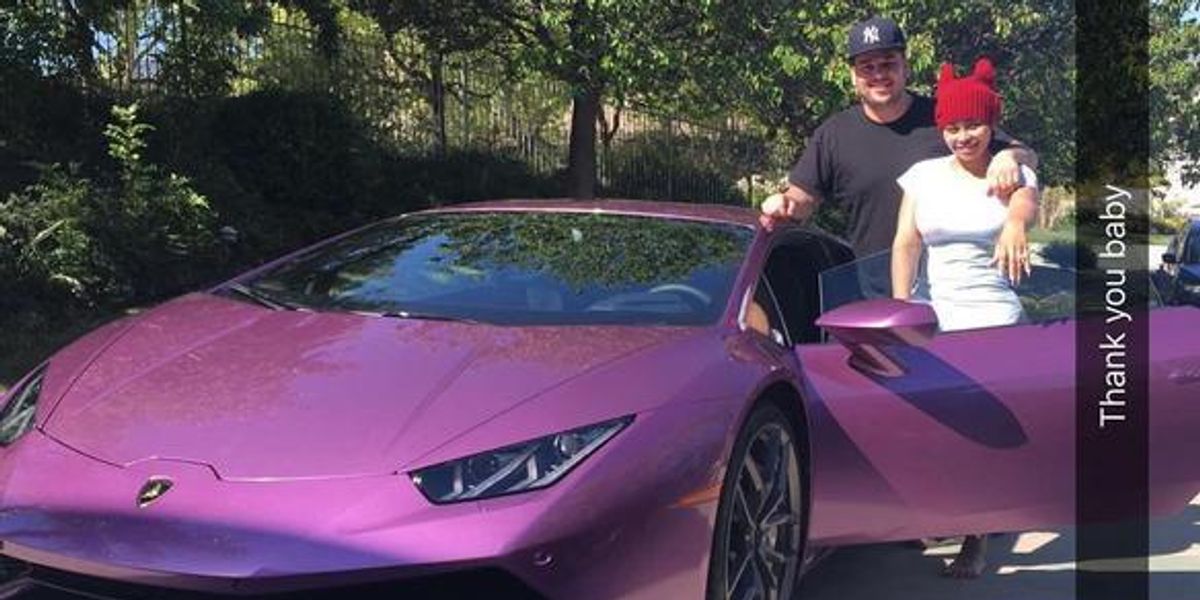 Blac Chyna, The Jackie O Of Our Time, Is With Child

Mark this day: May 6th, two-thousand and sixteen, as the day we learned that Robert Kardashian, Jr., and eye-lash maven Angela White, better known as Blac Chyna, created life.

Yes, Blac Chyna is pregnant with her second child.

It was only less than a month ago that Blac and Rob confirmed their engagement, so this news goes swimmingly with their whirlwind romance, which began (officially) in January.

This new child, this new heir--the newest, shimmering diamond in the Kardashian's Calabasas Camelot, born out of a swift and fearsome love.

FYI, if Blac's ex, Tyga, gets married to Rob's younger sister, Kylie, then Rob will be both stepfather and uncle to his stepson.