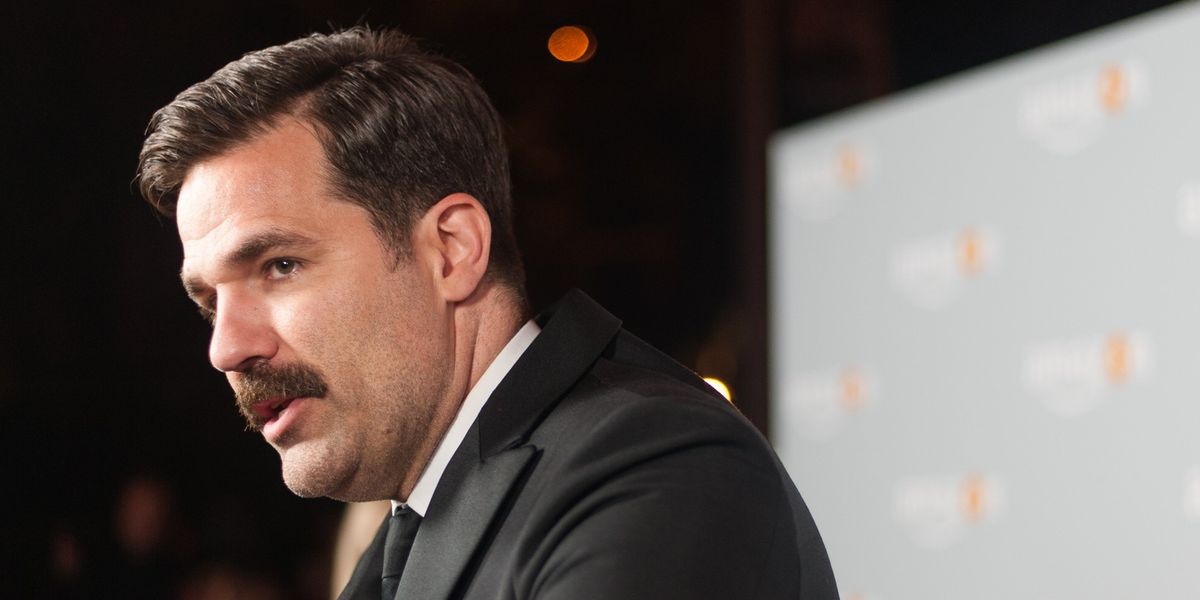 Comedian, Catastrophe bae, and Twitter all-star Rob Delaney has raised over $54,000 in the last three days in a fund-raising campaign to oust opportunistic hypocrite Republicans who endorsed Donald Trump during his nightmarish rise, but withdrew their support after he got caught talking about molesting women on an Access Hollywood bus.

He announced the reasoning behind his heroic campaign in a note on his Tumblr page, entitled, 'No Getting Off The Train':

Normally I try to motivate people to vote, register to vote & help others do the same based on policy. For example I wrote a piece recently explaining why I was voting for Clinton strictly because of her health care policies and who she's said she'd nominate to the Supreme Court. That's all more than enough for me to gallop purposefully to the ballot box and cast a vote for her. I really loathe frothy pieces that focus on a candidate's "character" or "story" or who they remind you of from your personal life or whatever other garbage people base their bloviating think-pieces on.

But something happened yesterday that has operated on me more deeply than anything in any political campaign I've ever seen. It has triggered my lizard brain and I want to harm the people who've angered me. In a fun way!

I'm not talking about the "revelation" that Trump said he could take women and "grab 'em by the pussy" in 2005. I'm talking about the Republicans who'd endorsed him and stood by him disavowing him on or after the day this news came to light.
That's what it took for you to disavow him? Since I'm not a total moron, I know that what really happened is that it finally became clear to anyone who knows how elections work that Trump was definitely going to lose. This became conventional wisdom about two weeks ago. So the same drive for self-preservation that led these turd balls to endorse him in the first place has compelled them to pull the rip cord when Access Hollywood revealed their pussy tape and gave them the opportunity to pretend they care about women or something. (When they've endorsed a guy whose running mate is Mike Pence.) Ha ha, that is funny. Funny ha ha; like a clown.

To them I say: fuck you. No. I am going to give money - and encourage others to give money - to the people running against you if you formally un-endorsed Trump on or after October 7, the day the tape was played for America. Nope, you are welded to Trump until the end, you spineless shit loaves. The good people of ActBlue were kind enough to put together a site where you can give money to the opponents of the senators, congressmen, governors and state legislators who've unendorsed Trump on or after October 7th. It doesn't include some people I truly loathe, like Paul Ryan, but that's because he's stuck to his guns thus far and continues to toe the line, like a good little Republican.

Nope, I'm talking about the real garbage, the people who want it both ways; the people who got on the train, and now want to get off. Fuck you baby, you're on the train till it crashes into the American Electorate at full speed. Keep your eyes open and stay alert; I want you to feel it.

The fundraiser already has 1,145 donors out of a 1,500 donor goal, and you can become one yourself right here.