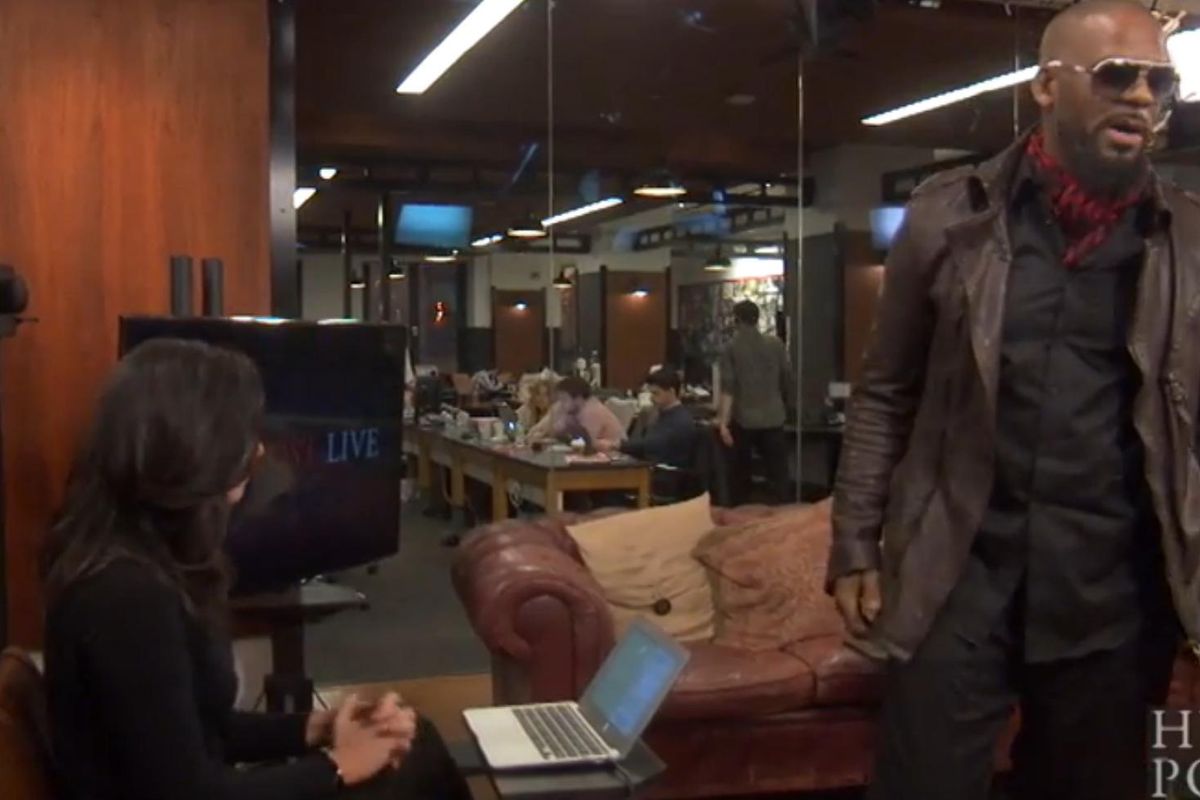 R.Kelly Walks Out Of A Live Interview After His Alleged Sexual Misconduct Comes Up

Earlier today controversial R&B star R.Kelly went on Huffington Post Live to promote his new album The Buffet -- and things got a little out of hand when his alleged sexual misconduct came up in the conversation.

The first project he's released since a slew of horrific sexual assault allegations resurfaced against him 2013, it's unsurprising that his new album is spawning a pretty salient conversation about art versus the artist. However, Kelly didn't seem to take it all too well when interviewer Caroline Modarressy-Tehran tried several times to steer the conversation toward this -- at one point even responding, "I say fuck that. I have a lot of fans around the world that love R Kelly and I'm glad they don't feel the way that she does" to a fan who tweeted, "Would i let R. Kelly babysit my daughters? Fuck no. Would I play his music at a family party? Ya gotdamn right."

Would I let R. Kelly babysit my daughters? Fuck no. Would I play his music at a family party? Ya gotdamn right
— Vante' Culpepper (@VanteEllis) December 11, 2015

Kelly then continued to backpedal by trying to maintain a quote-unquote positive stance -- thanking his fans, citing his "sold out tours" and then cutting off Modarressy-Tehran mid-sentence (multiple times...in addition to also questioning her intelligence) to talk about shit completely unrelated to the accusations of inappropriate relationships with underaged girls i.e. "Everywhere I've been, I get nothing but love. Unless all those people are tricking me and acting when they see me coming or in concert that somebody's behind me with a sign that says 'scream we love you.' Unless that sign is held up, I'm gonna believe what I see." Like, okay, man.

In any event, Kelly only lasts 17 minutes in total -- in the end walking out before he could take any questions from online video callers. Watch the trainwreck begin to unfold starting around the 6:30-minute mark, but only if you happen to have a high-threshold for nonsensical rationale.