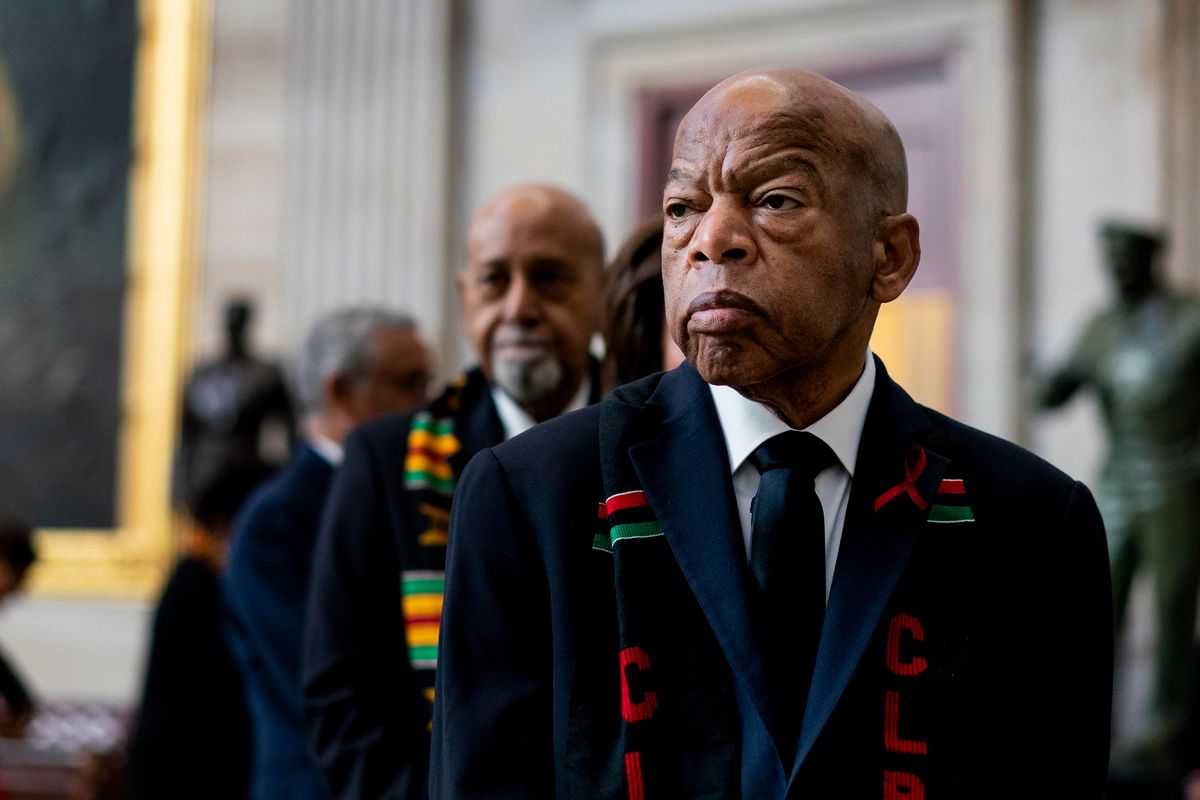 John Robert Lewis, the son of sharecroppers who became a civil rights legend — and also served in the United States Congress for 17 terms — died at 80 years old. He had been battling Stage 4 pancreatic cancer for six months.

"It is with inconsolable grief and enduring sadness that we announce the passing of U.S. Rep. John Lewis," his family said in a statement. "He was honored and respected as the conscience of the U.S. Congress and an icon of American history, but we knew him as a loving father and brother."

The statement continued, "He was a stalwart champion in the on-going struggle to demand respect for the dignity and worth of every human being. He dedicated his entire life to non-violent activism and was an outspoken advocate in the struggle for equal justice in America. He will be deeply missed."

Lewis was brutally beaten in Selma, as he denounced racial violence and death at the Edmund Pettus Bridge, stood side-by-side with Martin Luther King Jr., and also participated in the Freedom Rides of 1961.

"Every day of John Lewis's life was dedicated to bringing freedom and justice to all. As he declared 57 years ago during the March on Washington, standing in the shadow of the Lincoln Memorial: 'Our minds, souls, and hearts cannot rest until freedom and justice exist for all the people,'" Rep. Nancy Pelosi said in a statement. " How fitting it is that even in the last weeks of his battle with cancer, John summoned the strength to visit the peaceful protests where the newest generation of Americans had poured into the streets to take up the unfinished work of racial justice."

Another civil rights leader passed away the same day as Lewis. Rev. Cory Tindell "C.T." Vivian died at 95 of natural causes. "He was the sweetest man," his daughter Kira Vivian said. "He was so loving. What a loving dad. He was the best father throughout my entire life."