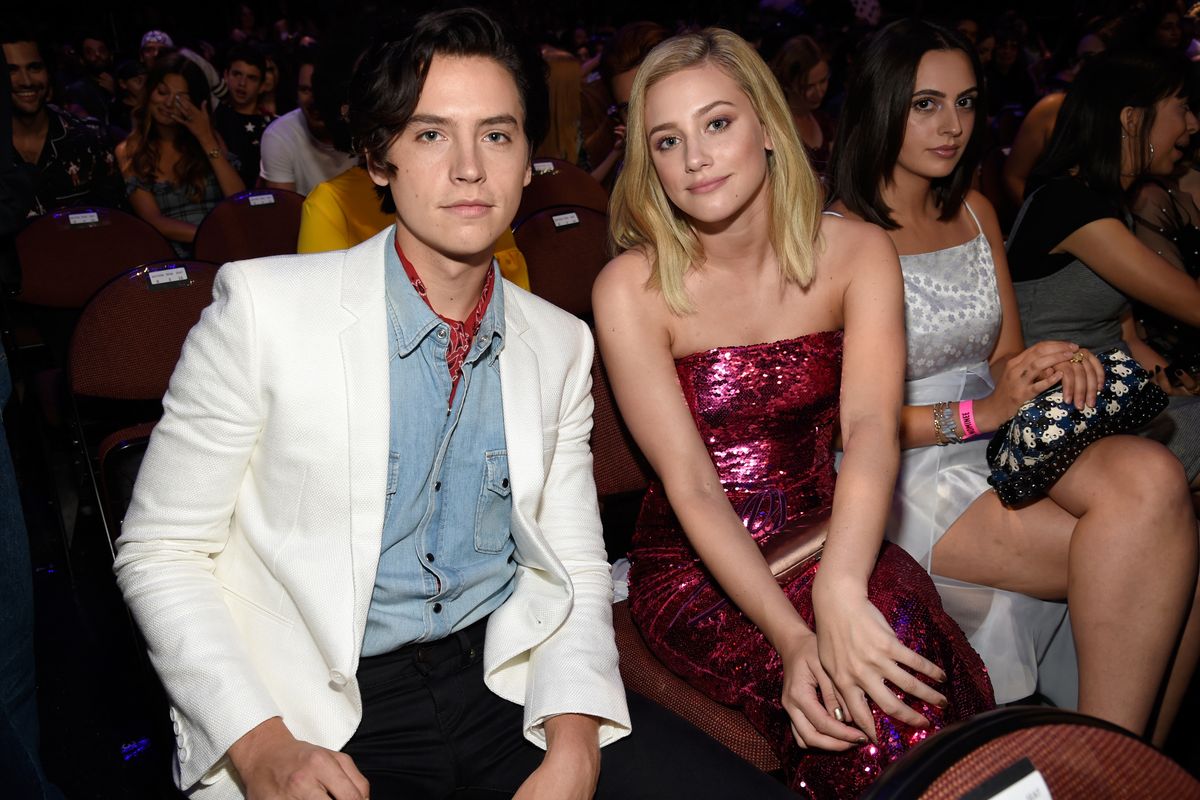 Cole Sprouse and Lili Reinhart have refuted the sexual assault allegations leveled against them by two anonymous Twitter accounts.

On Sunday, a woman going by the name of "Victoria" posted a tweet thread in which she claimed that Sprouse had sexually assaulted her at a party in 2013, writing that he "became aggressive and shoved [her] against the bed" before allegedly forcing himself on her.

We then started making out and he invited me to his room. I went but was a little tipsy having had like 3 drinks. Once we got to his room he became aggressive and shoved me against the bed, I pushed back against him but he didn't budge and I was drunk and he is bigger. He then

Done he told me to leave. I left and went home sobbing and took a shower for a while. I never told anyone because who would believe me over a rich Disney star. #colesprouse #tellingmystory exposing

Additionally, another anonymous account shared similar claims against Riverdale co-stars Vanessa Morgan and KJ Apa, as well as Reinhart, who was accused of groping a fan. However, according to People, in a series of since-deleted tweets, the account followed up with the admission that they lied about Morgan and Apa.

"Do you see how easy it is to lie and you guys will believe it?" the account wrote, per fan screenshots. "Vanessa Morgan and KJ Apa didn't do jack shit. You will believe anything."

these bitches accusing people like vanessa morgan and even more of this kind of thing is absolutely disgusting. y’all must be some sick motherfuckers to tweet lies like this for clout. literally fuck off, shits not even fucking funny. pic.twitter.com/0Qz0G1MsRc

In the wake of these accusations, both Sprouse and Reinhart took to their respective Twitters to address the claims.

"I take these accusations very seriously, and we will be working with the right teams to get to the root of it," Sprouse wrote in a statement that was retweeted by Morgan. "False accusations do tremendous damage to victims of actual assault. Furthermore, I would never seek to silence anybody. I encourage that people look into the accusations themselves, as the events detailed were factually untrue."

Earlier today myself and three other cast mates were falsely accused of sexual offense by anonymous accounts on twitter. I take these accusations very seriously, and will be working with the right teams to get to the root of it. (1)

This seems to be the latest claim in a series of incidents seeking to baselessly cancel my cast mates and me.

As for Reinhart, she went on to add that she "can't think of something more twisted than lying about sexual assault."

"I have always taken sexual assault allegations seriously. But it was proven that this account was created specifically to create false stories about me and my cast," she wrote, later adding she was pursuing legal action.

"It invalidates the men and women who are brave enough to come forward with the truth," she continued. "This kind of lie can ruin lives and careers – and I can call it a lie because the person who made the allegations already admitted that the stories were fabricated."

I have always taken sexual assault allegations seriously. But it was proven that this account was created specifically to create false stories about me and my cast. I can’t think of something more twisted than lying about sexual assault. It invalidates the men and women who are- https://t.co/qcZMXYPNLQ

We are looking into taking legal action. This kind of sick behavior only harms true survivors. This was incredibly triggering for me and scary because I’ve always supported survivors and believed them.

I hope and pray that this does not discourage real survivors from speaking out about their experiences.