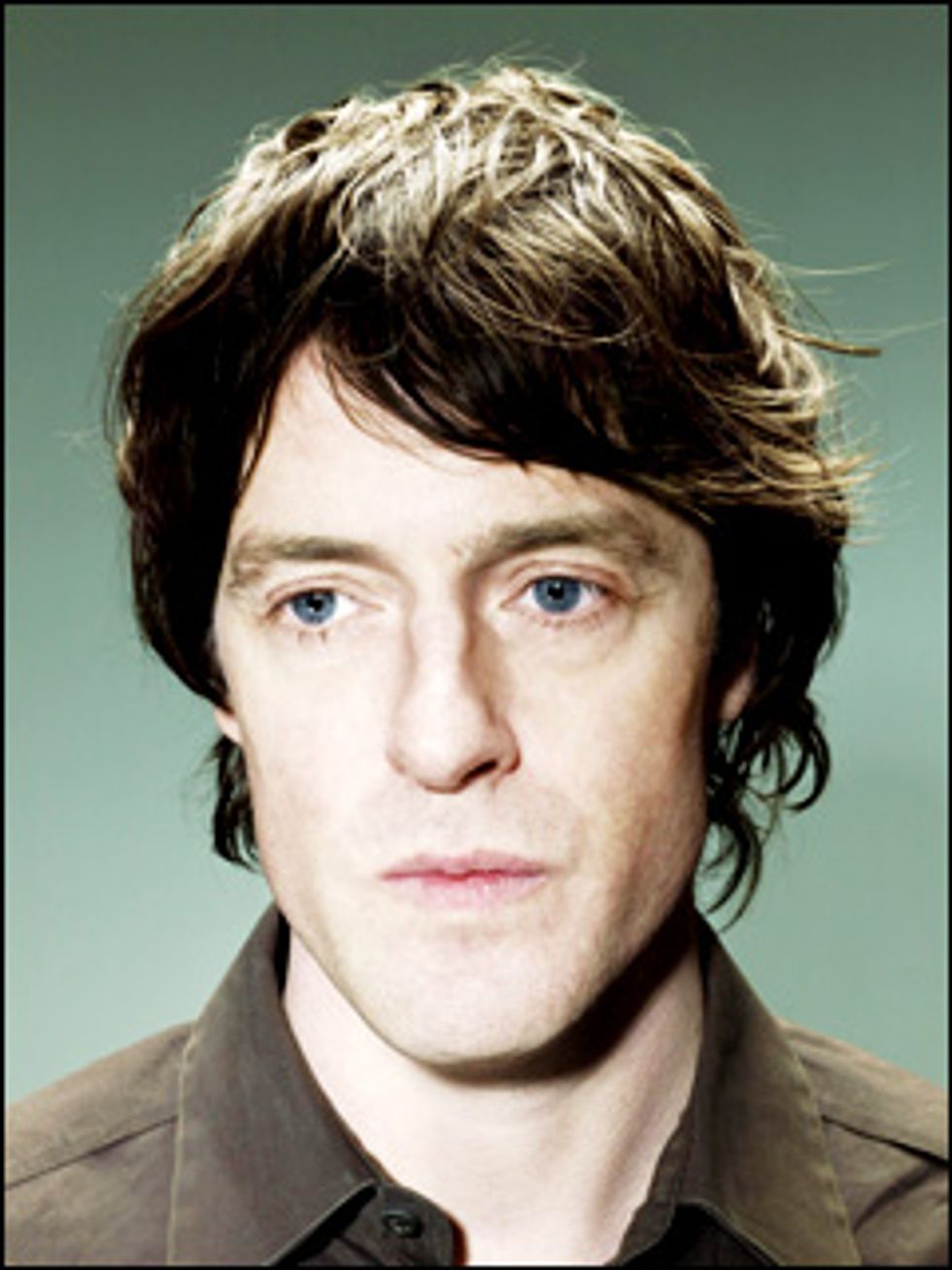 With Songs in A&E (Brit for "Accident and Emergency" -- their ER) Jason Pierce turned a 2005 near-death experience from acute pneumonia into Spiritualized's best album yet, evolving the psychedelic bliss that once landed his music in a VW Beetle commercial into rays of sonic light at the end of death's tunnel, replete with gospel choirs, horns and strings and world-weary words. Songs in A&E is out in June along with the Mister Lonely soundtrack, which Pierce (under the moniker J. Spaceman) composed along with the Sun City Girls.

I usually sing bits of vocal ideas into a tape machine, because I don't really play guitar that well. But for this record, I had this beautiful, flat-sounding 1920's guitar I bought in Cincinnati. I didn't have any money on that tour, so I spent the whole day in the shop playing it before I bought it. It was the most special guitar I'd ever played -- it didn't have the glitter most acoustic guitars have. I never saw myself sitting down with a guitar to 'write songs,' but it was like this one came with the songs already in it; every night a melody would speak to me. I wrote the whole thing in about two weeks.