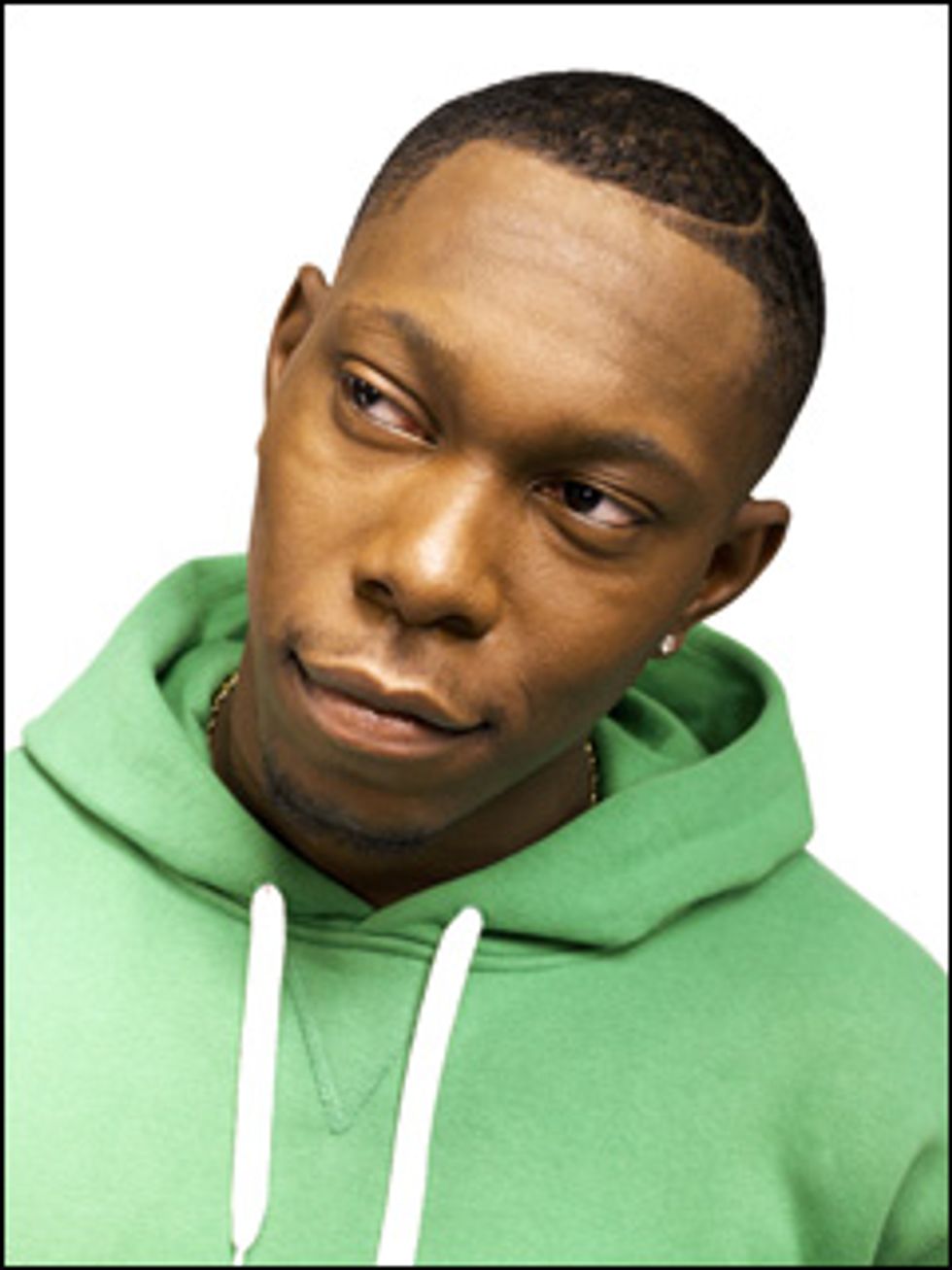 Dizzee Rascal, who brought grime -- the distinctive East London mash-up of hip-hop, dancehall reggae and techno -- out from the underground and into the mainstream, burst onto the scene in 2003 with his Mercury-Prize-winning debut Boy In Da Corner. His third album, featuring a collab with Lily Allen, Maths + English, dropped stateside this spring.

Before I go on, I like to listen to a bit of music, and then I jog on the spot a little bit so I'm really hot before I go out there.