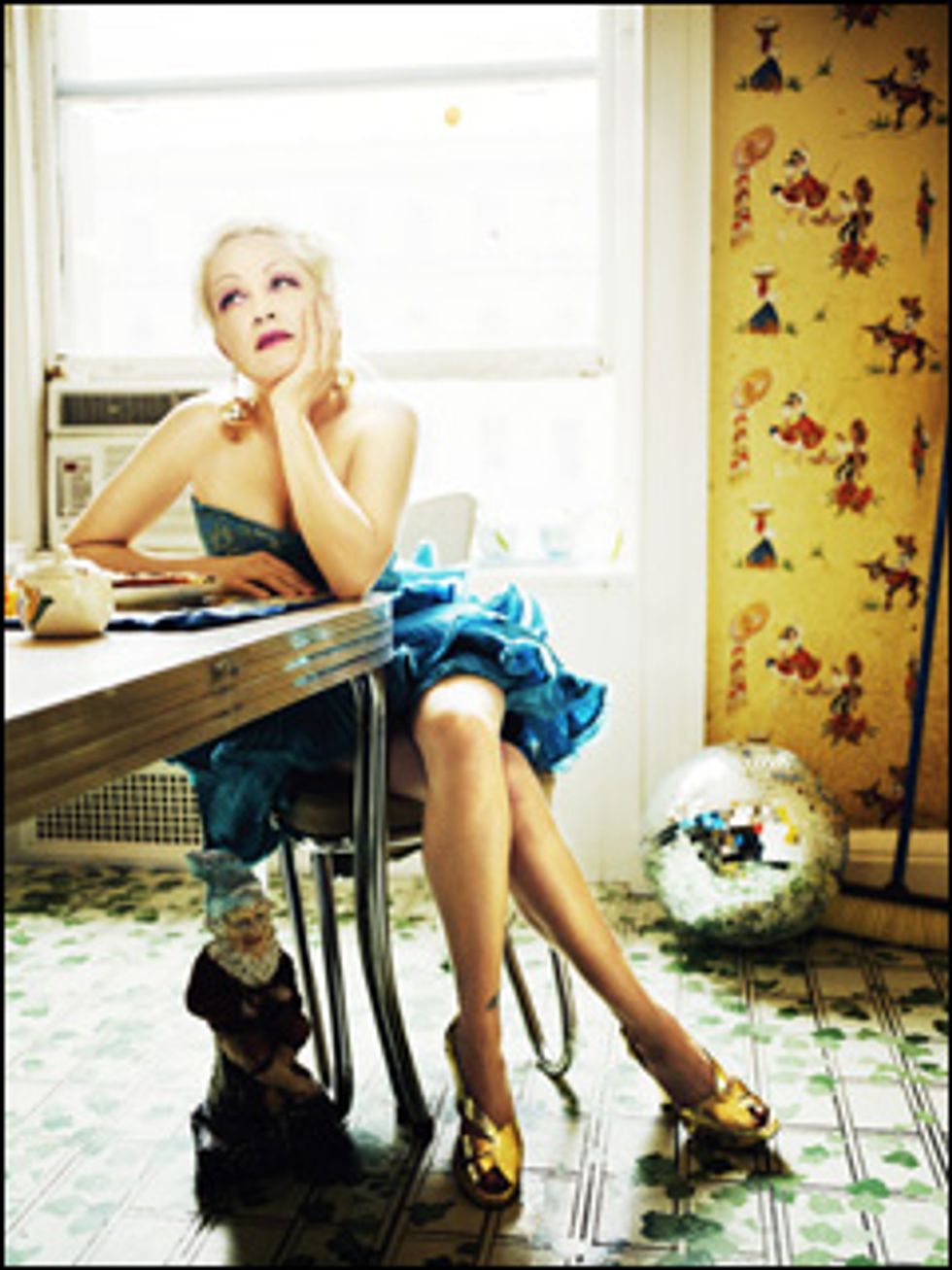 Pop music icon Cyndi Lauper is back with her first album of original songs since 2001's Shine. Out this spring, Bring Ya to the Brink is filled with catchy yet complex dance tracks produced by the likes of Dragonette and Basement Jaxx. Starting May 31, Cyndi embarks on the 25-city True Colors Tour (to raise awareness about gay rights) alongside the B-52s, Joan Jett and the Blackhearts and Regina Spektor.

The day of a concert, I'm always doing warm-up exercises. Those warm-ups have become standard songs that my crew is so used to hearing that they have their favorites, like 'gee hee hee,' and some people like 'gee hee hee' [different intonation], and some people like 'gee hee' [yet another intonation]. They've got their different ones that they love and hate, but I have to do them before I warm up. I also try and do physical exercise before I go on so that I don't go on stone cold--weights, yoga, a little something-something, pumping the blood. I work out for an hour. You have to work out because what everyone forgets is that when you are a lead singer, you're an athlete and if you don't behave like an athlete, you aren't going to sound very good. You aren't picking up a guitar and plugging it into an amplifier -- your guitar is your body. And then I also take a hot bath and do my underwater exercises -- kind of like [makes a vibrating sound with her lips]. I do it in the tub and I always ask the hotel for hydrogen peroxide and Epsom salt. The last time I went to Australia and I was asking for hydrogen peroxide and Epsom salt they thought I was doing some weird chemistry. The FBI called to find out why we wanted so much hydrogen peroxide. It wasn't good, but it was for a bath. It kills all the germs and makes sure that your feet are really clean. I take a hot bath and put Epsom salt and hydrogen peroxide in it. For me, if I get sick it's not good, because I'm on the road and I have to sing.