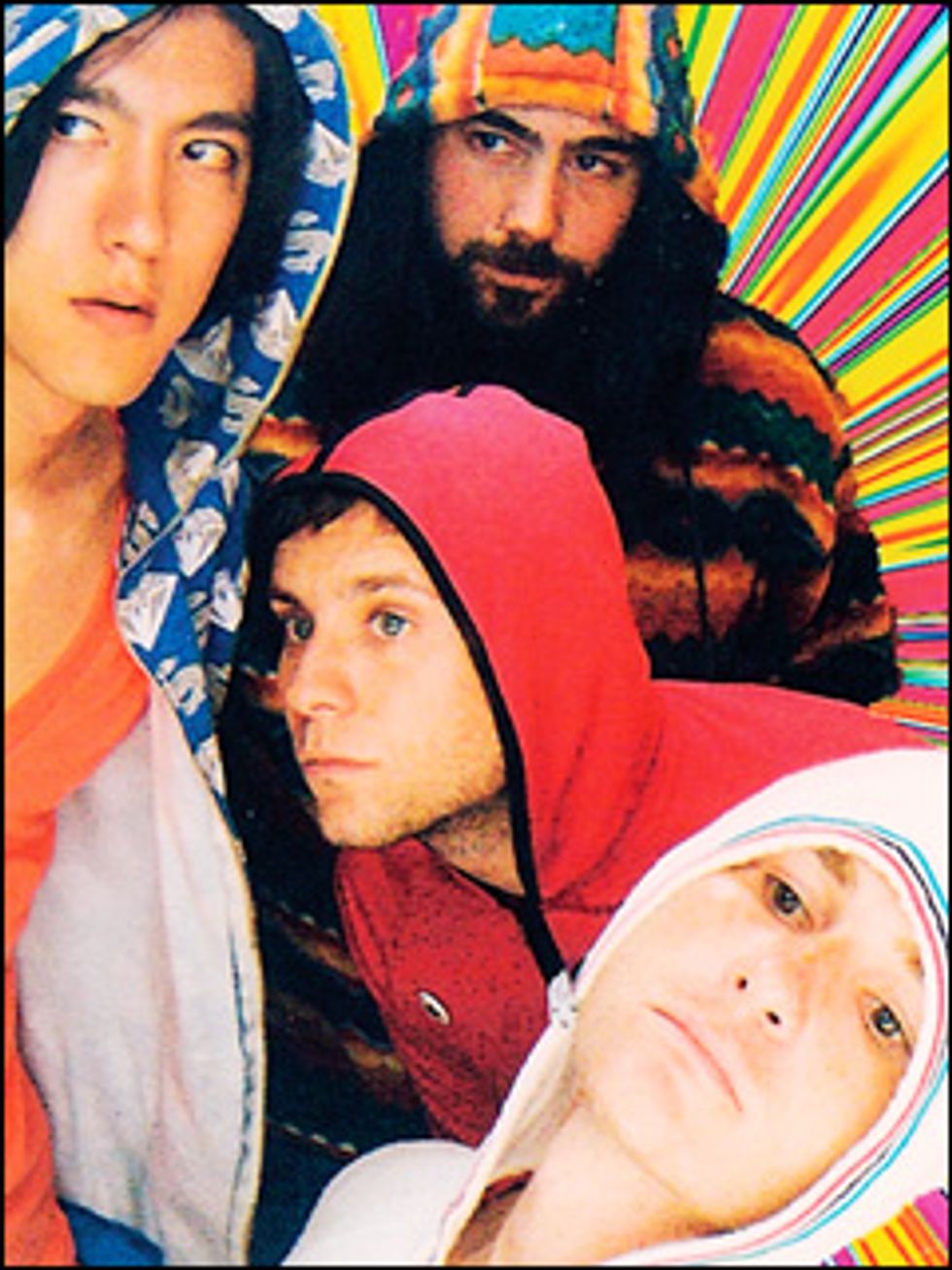 L.A.-based noise band and Smell regulars have been creating quite a bit of buzz after releasing a self-titled debut, which they recorded at the aforementioned art space-music venue. The quartet will be taking their Zoothorn-accompanied sonic explosion and neon outfits to Europe this summer, playing alongside Crystal Castles and upon their return, will take to the studio to record a new album.

If we're in a lull from driving all day and we have a show, we like to jump around and kind of slap each other. That's a pretty consistent thing. We don't slap each other necessarily in the face. We also like to listen to Journey's "Separate Ways" -- that song gets us pretty amped. As for recording rituals, we tend to write our songs in a windowless room in downtown L.A., and it's generally really hot and unventilated.