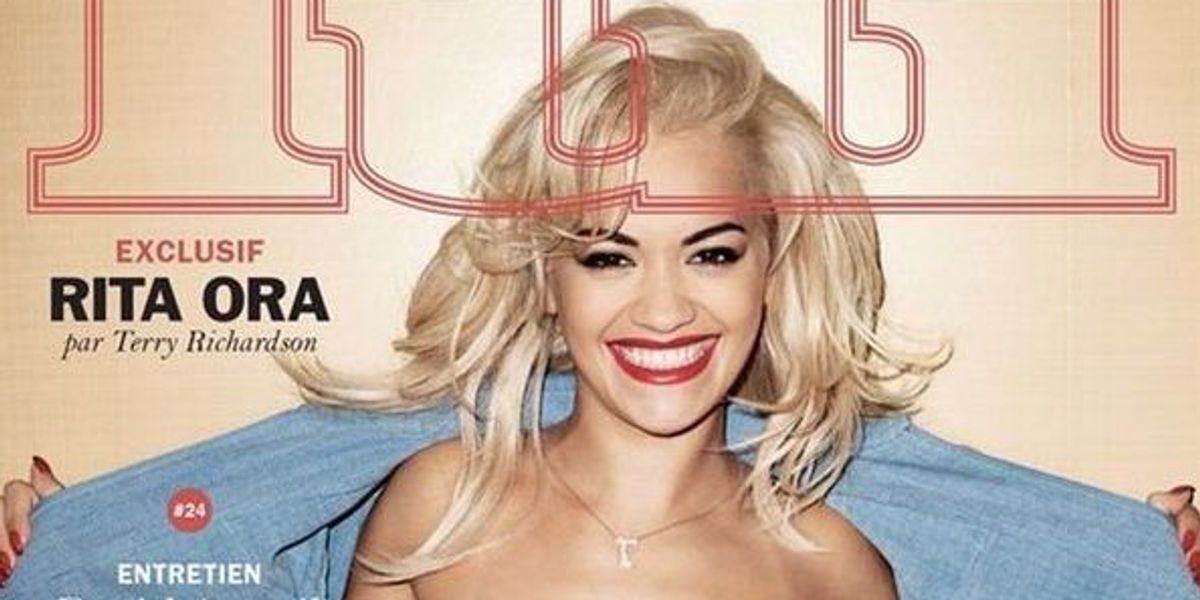 But Rita Ora seems to be taking the inescapable gravity chasm of Rihanna's ANTi press head-on, by posing topless for soon-to-be-dad and penis cake enthusiast, Terry Richardson, for the French "adult" magazine Lui.

Ora and Richardson have done the whole "Nakedish for art" together before; the acclaimed photographer snapped the British singer in a see-through bra 2 years back.

Interestingly enough, Ms. BadGal herself posed a nipple-first for Lui in the Spring of 2014...

In actuality, it was probably just depressingly poor timing on Rita's team, considering ANTi was dropped (seemingly) after an accidentally leak from Tidal.

But one has to wonder.