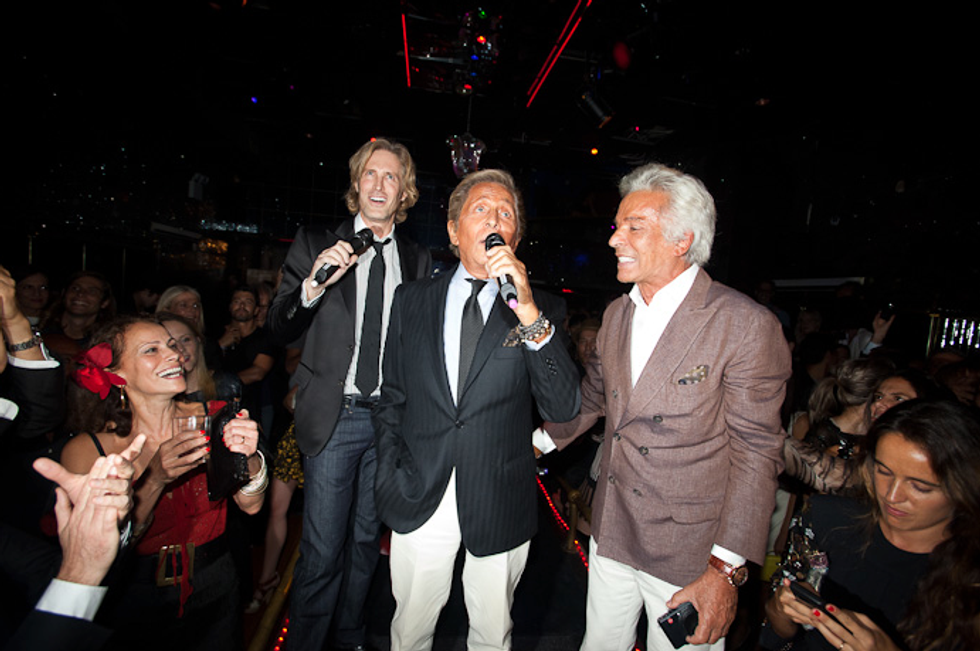 R.I.P. Westway: The Club Will Close In July

by Abby Schreiber
PAPERMAG
A VFILES fashion week party at Westway in 2014. Photo by Rebecca Smeyne
Get ready to take your last spin on the stripper pole because much-loved NYC strip club-turned-nightclub The Westway is going to be closing on July 1st, making way for the building to turn into luxury condos. "There'd been some rumors about the [building being purchased] in the press but honestly it was only over the last week or so that the deal was finalized," Matt Kliegman, who co-owns the club with his partner Carlos Quirarte, told us. The two signed a lease on the space in 2010 before officially opening the venue in 2011 -- eons ago in nightlife years. "We were open for four and a half years, which we're happy about," Kliegman said. "The reason why Carlos and I fell in love with it in the first place was that we really felt it was wired for people to let their hair down and dance and have fun. It's disappointing that it's closing."

"The idea of something ending that you like is sad," Lyz Olko, the Director of Nightlife at The Westway, Westway Presents, The Jane and The Jane rooftop, said. "But I think mostly my reaction when I heard this news was that I couldn't believe how much time had passed and how well-known and amazing the club had become in such a short span of time. It's like, 'whoa, I can't believe it's been almost five years already.'"

Valentino belting out karaoke at a fashion week party in 2011. Photo by Rebecca Smeyne.
As fans of Westway know, the space made its mark on the city's increasingly sanitized nightlife scene by preserving the dingy vibe of the former strip club and hosting an awesome "only in NYC" mix of low-brow (S&M-tinged doggy fashion show) and high-brow (Barneys-hosted karaoke party with Valentino and Carine Roitfeld) parties and performances. "We had this incredible Diplo performance that was part of his 'Trap Hawk Down' show where he did four cities in one night and arrived in a helicopter to each one. He landed on the West Side Highway and was in the club five minutes later. It was his last show of the night," Kliegman said of one of his favorite shows.

For his part, the co-owner is busy working on several other hospitality joints, including opening a second location of his Black Seed Bagels on First Ave. between 10th and 11th along with an Italian restaurant in Williamsburg with Missy Robbins (formerly of A Voce) on N. 10th and Union. Along with Quirarte, he's also teaming up with Max and Eli Sussman who are taking over the restaurant at Ruschmeyer's, which the guys have been in charge of the past couple of summers.

But for now the focus is on giving Westway a proper send-off by hosting a mix of as-yet-unannounced parties and performances. Although he couldn't offer many details, Kliegman assured us that there will be "some of the more recognizable names that have performed in the past will be coming back." At the same time, the owner teased us with the news that he and Quirarte are already thinking about their next nightlife project. "It'll probably be a little smaller," he said, adding that the vibe will be different from that of The Westway or their other space, The Jane.

Fingers crossed one of those greasy stripper poles will make a re-appearance -- if only for posterity's sake.