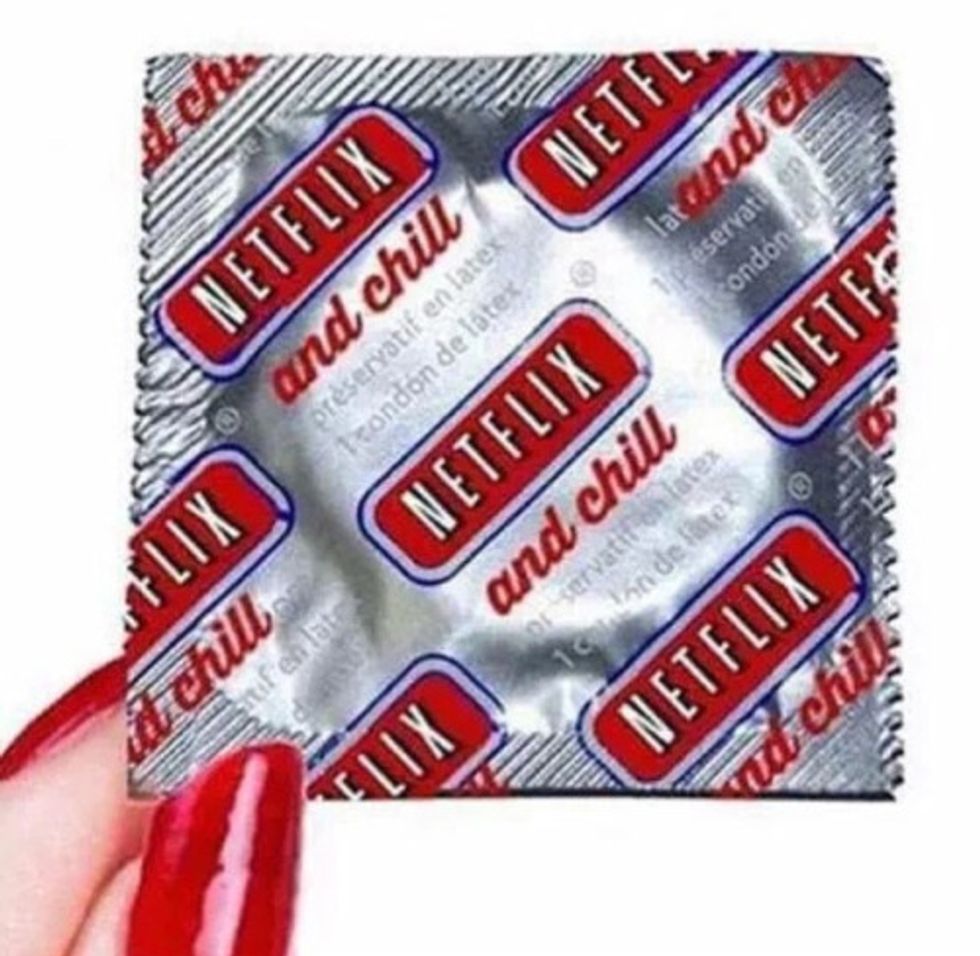 By Sandra Song
PAPERMAG
[UPDATE 09/25/15, 12:00 p.m.: Apparently the world's first Netflix and Chill Festival is happening today at UPenn. Guess even Ivy Leaguers missed the memo.]
You know shit's dead when your parents have caught on, and in recent memory no Internet slang term has devolved as fast as the nefarious, memeable euphemism "Netflix & Chill."
A phrase that roughly means hooking up, it's derived from the timeless "make moves while watching movies" principle and according to Fusion really came to fruition in the past year thanks to the meme vortex that is the worldwide web. And in the span of mere months, it's already outlived it's time as a legitimate meme, as memes have been scientifically (not really) proven to last a month max. That is, unless they're Pepe.
Besides, even though "Netflix & Chill" seems like it should be the result of an well-executed mass marketing campaign (side-eye, Netflix Marketing), Fusion's probably right in thinking that the term was actually coined by black youths -- as most of the cool Internet slang you use is, just btw. But now that it's hit peak Internet dispersion, most kids in the know have stopped sincerely tweeting about everything from "Let's Chill Starter Packs" to Spongebob n' Chill images in favor of, well...anything else.
Via Labias
Via Roymedina
And like Fetty Wap's "Trap Queen" before it, you know shit's hit rock-bottom if the elders feel the need to write a Business Insider article about said hook-up euphemism. Living Down Under? Well turns out Australians aren't exempt either, as your National News Corp also just wrote a super-helpful guide for parents.
And as if a Business Insider/Aussie News scoop wasn't bad enough, turns out there's also an article from The Deseret News, a Salt Lake City-based newspaper which is owned by the Church of Latter Day Saints, comes a brief explanation of what exactly your kids are up to when they "Netflix & Chill."  The same article also strangely cites WebMD as a legitimate source for the slang term "cheddar" (which apparently means money to the young ones), but needless to say if Deseret News' "Family" vertical knows what "Netflix & Chill" means, you're probably not going to be able to go on many more "turned up" movie dates with your "tope" (that's "tight"+"dope") bae.

Via Fvnyx
Besides, it's not like the term is quote-unquote cool anymore, seeing as how it was just the tongue-in-cheek basis of a facetious fashion campaign Ã  la Opening Ceremony's recent "Are You Still Watching?" editorial. R.I.P. Netflix & Chill, you were so last season.