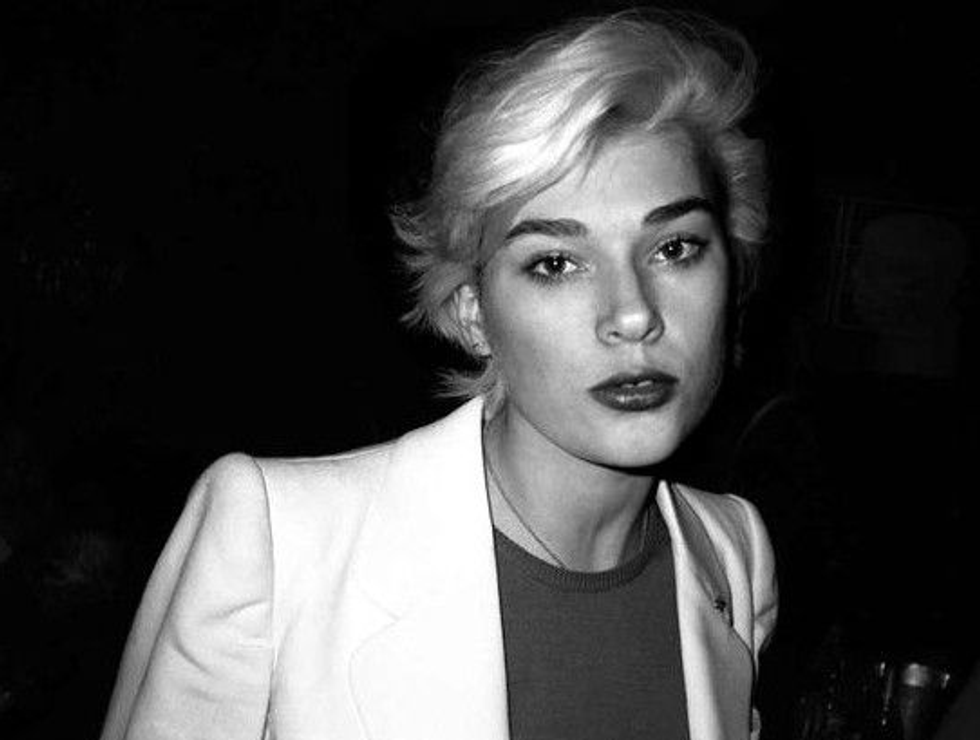 by Paper
PAPERMAG
OG punk icon, Edwige Belmore, passed away today and creatives, punkers and fans alike are taking to social media to pay their tributes to the French model/actress/singer and muse. A fixture in the late '70s/'80s nightlife scenes in NYC and Paris and contemporaries with Vivienne Westwood and Debbie Harry, Belmore also fronted the band Matematiques Modernes, modeled for Helmut Newton, Jean-Paul Gaultier and Thierry Mugler and was credited as the first to mix high-low fashion after she came onstage for one of her shows in a Chanel jacket and bra.

While details of her passing are scarce, one thing's for sure: the world just got a little less badass.