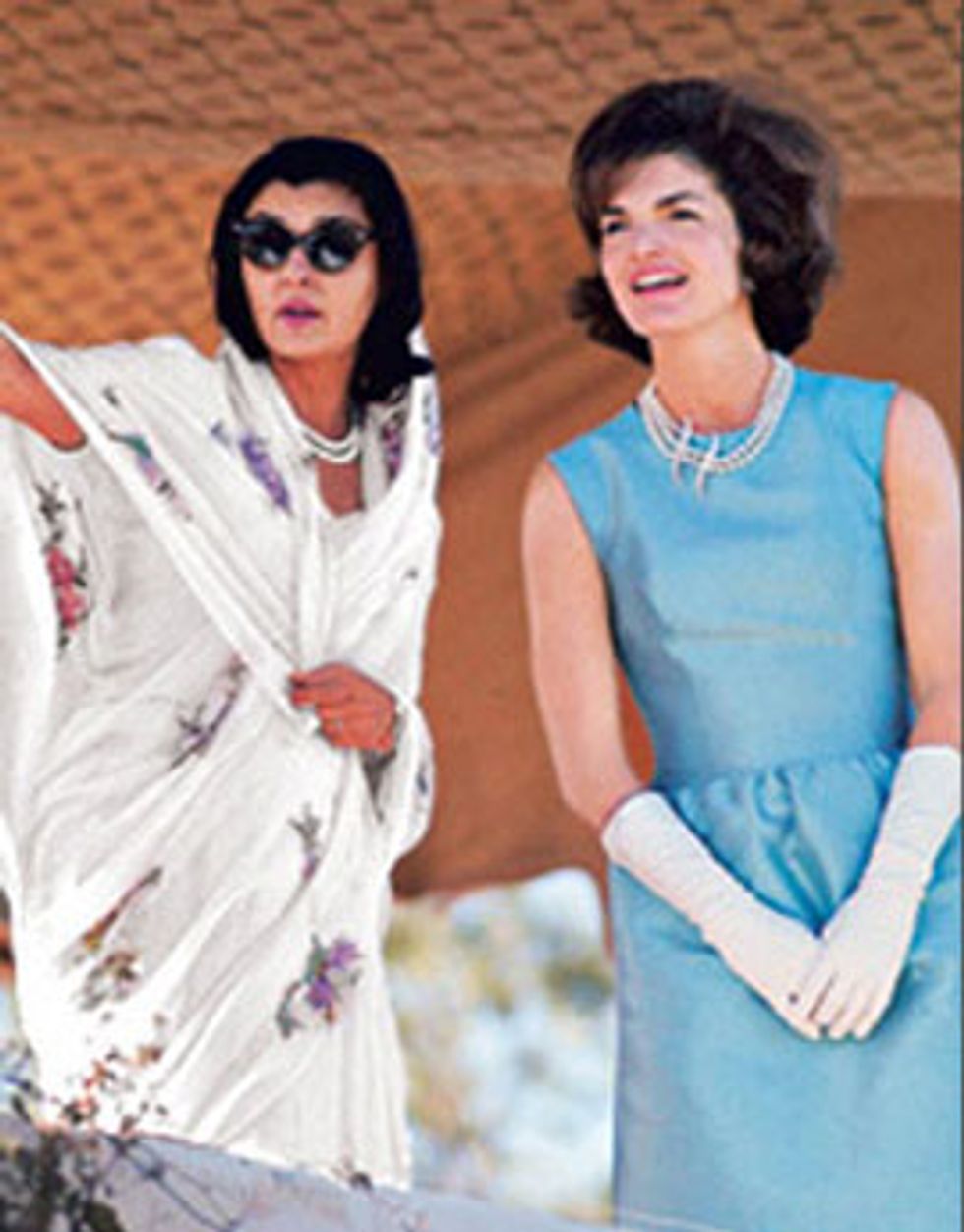 MM was sad to hear of the death of one of the last of the old school international jet set glamourpusses, the Rajmata of Jaipur. Princess Gayatri Devi was the granddaughter of the Maharajah of Cooch Behar and also the Maharajah of Baroda. Her family wanted her to marry the Maharajan of Gwalior but she refused and instead married the dashing Maharajah of Jaipur. They were fixtures on the international glamour scene, hosting Jacqueline Kennedy in India and showing up at polo matches and parties around the globe. MM stayed at the Jaipur's Rambagh Palace (which is now an hotel) in November and was fantasizing about seeing the Rajmata (a title that's equivalent to Queen Mother) who was known to pop up around the palace -- but no such luck.