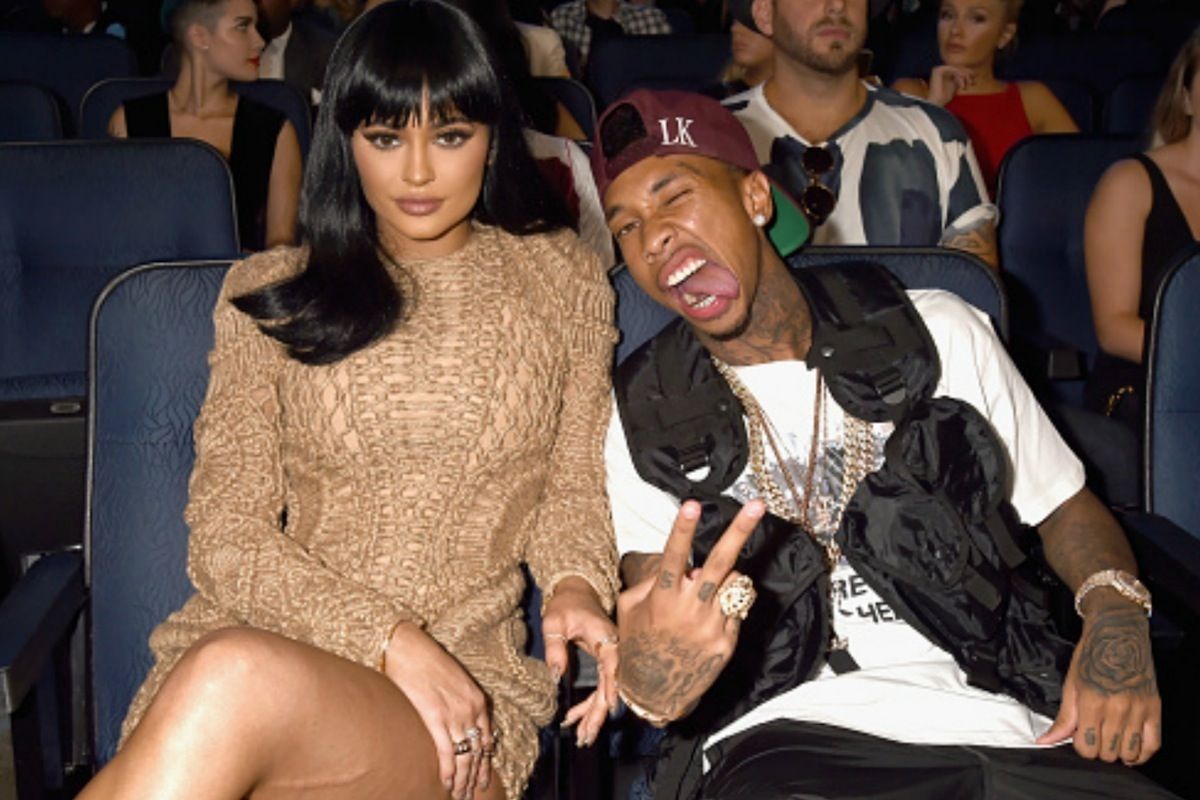 ******UPDATE: Yesterday, Ms. Jenner Snapchatted a photo of herself hanging in sweats with an unseen male whose tattoos match Tyga's; she captioned it "Everyone needs to chill."


America is reflecting over the shocking news, and while the reason for the split is unknown at this point, it's said that Kylie made the call shortly after returning from her promo trip to Australia with sister Kendall, where they got eggs and tomatoes thrown at them.

All news outlets are also using the word "nasty" to describe the situation--whatever the hell that means.


There's assumption of infidelity on Tyga's end, and other sources claim there was pressure on Kylie from her family to call it quits with the rapper and father of one.

Tyga was noticeably Kylie-free while celebrating his 26th birthday in Los Angeles yesterday--coincidentally at the same restaurant Kendall celebrated her own day of existence just a few weeks ago.

(I just looked up at the wall in front of me after realizing I knew that information without having to look it up, and was silent for a few minutes)

Breaking up when you're 18 suxxxxx, so I wish Kylie a speedy recovery from the gutter of heartbreak that's filled with wet leaves and cigarette butts.


Run free, Kylie, through a wheat field shimmering in the California sun.