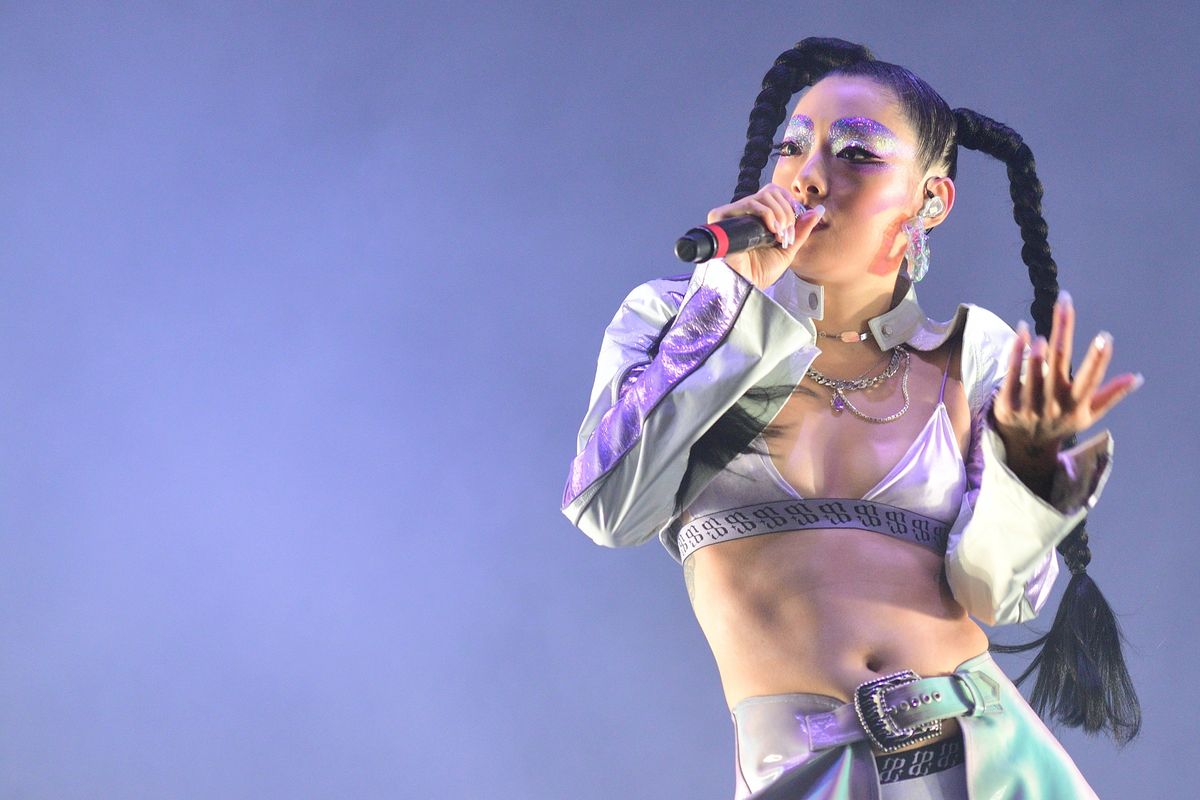 How Is Rina Sawayama Not 'British Enough' for the British Awards?

Over the past three months, Rina Sawayama's infectious indie electropop has garnered overwhelming praise and acclaim. Her masterpiece LP, SAWAYAMA arrived in April, and spawned highly streamed tracks including pansexual anthem "Cherry," "Comme des Garçons (Like the Boys)" and "Bad Friend." Her breathy and emotive vocals, charming lyrics and glistening synths continue to be referenced by countless critics in the UK and beyond. After streaming her earlier 2017 release, RINA, it may seem that her legacy in British culture is indisputable.

With all of these accolades, and one of her biggest fans being Sir Elton John himself, it seems rather baffling that Sawayama's artistry would be deemed ineligible for several British awards. The reasoning? Apparently, she isn't "British enough."

How is this possible?

The Japanese-born, London-based singer-songwriter is one of thousands of UK residents who have indefinite leave to remain (ILR). People in this visa category are treated in many ways that would make them feel like "true British citizens." While some are not able to vote in general elections, they all have permanent residency. This means they have a recognized right to live and work (and make incredible music) in the country.

Sawayama, like so many in this category, has spent most of her life in the UK and considers herself British, but awards such as the Mercury Prize and the BRITs do not allow her — or others who have ILR status — to enter as official British artists. According to the Mercury Prize's terms and conditions, solo artists must have British or Irish nationality to be eligible.

In an interview with Vice, Sawayama explained how "heartbroken" she is regarding what is worse than a mere snub, especially after working towards obtaining recognition from the awards for years. "I rarely get upset to the level where I cry. And I cried," she said.

In 2019, Sawayama told her record label, Dirty Hit about her goals for her then-upcoming record, SAWAYAMA, saying, "I want to win a Mercury Award." This year's Hyundai Mercury Prize announced its shortlist on Thursday, including nominees such as Charli XCX, Dua Lipa and Laura Marling, exciting many on Twitter who longed to see more female artists represented in the competition. Sawayama was not included, although her music is known by many for its empowering, feminist and pro-LGBT sentiments.

Sawayama moved to the UK from Japan as a toddler and has been living in the country for more than two decades. "All I remember is living here," she said to Vice. "I've just lived here all my life. I went to summer school in Japan, and that's literally it. But I feel like I've contributed to the UK in a way that I think is worthy of being celebrated, or at least being eligible to be celebrated."

"I'm signed to a UK label," Sayamama continued. "I've lived here uninterrupted for the last 25 years. I'm only tax registered in this country. The whole album was recorded in the UK as well as in LA. It was mixed in the UK. My lyrics are in English, except for one verse in one song."

Related | New Rina Sawayama Will Make You Feel Like That Bitch

One of the problems with Sawayama's ineligibility, she explains, is that it could have been prevented had she had dual citizenship, which unfortunately Japan forbids. Meaning, Sawayama would either have to sever ties with her birthplace, or remain ineligible for these top British awards. "If arts awards are creating their own sort of version of border control around their eligibility, I think that's really problematic."

Sawayama questions who really gets to be considered British, and why this gatekeeping seems to matter more than the emphasis on the diverse arts and music created in the UK. "It's up to the award bodies to decide what Britishness really encompasses — the very things that they celebrate, which is diversity and opportunity."

Sawyama shared the Vice story in a July 29 Instagram post, and many artists commented in support of her dream to be eligible, including Connie Constance and Justine Skye. French indie singer-songwriter Christine and the Queens commented, ":( I understand babe."

Elton John also took to Instagram in support of Sawayama, writing, "Unfortunately, not everyone gets to make that list. So I want to shamelessly plug two artists that were overlooked," before praising Sawayama's record as one of his "favourite albums of 2020."

Sawayama encouraged her fans on social media (also known as Pixels) to keep reaching out to musical gatekeepers, and those who prevent similar artists from being eligible: "I just want to dream the same dream as everyone else. @ them, email them, tweet them and leave comments if u want the entry rules changed so that it includes immigrants who cannot get a British passport, but still contribute to UK culture and economy in immeasurable ways."

if u wanna see CHANGE in the eligibility criteria then @ them @MercuryPrize @BRITs @bpi_music and tell them u want… https://t.co/t5ixWGkSLQ
— RINA SAWAYAMA (@RINA SAWAYAMA)1596012362.0