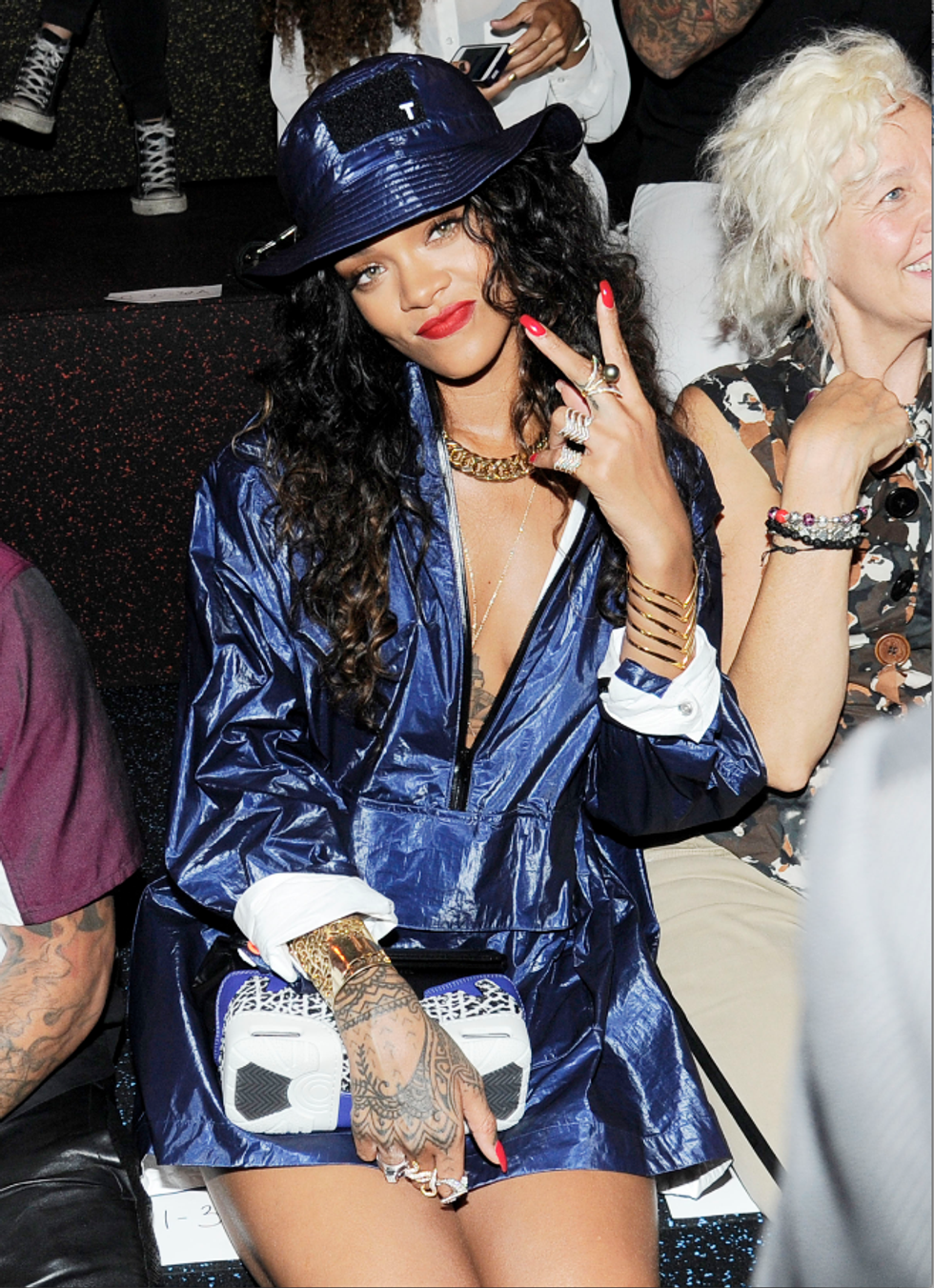 by Christopher Barnard
PAPERMAG
Is there anyone more eminently watchable than Rih in our current fashion moment? A recount of her various #NYFW guises below would suggest no.

2008: Nothing Comes Between Me and My Proenza phase

Photo by Patrick McMullan
2013: The Lady in Red phase

The key to a fashion week after-party look is matching your dress to the red solo cup as seen here at Alexander Wang in 2013.

In here life is beautiful! Channeling a punk Sally Bowles at the OC show in 2013, you can't fault Rih for giving good reference.

Dress? Children's top? Does it matter? The overwhelming evidence points to Rihanna being able to take a plastic bag and making it a showstopper, as she does in this whisp of a thigh-skimming baby doll dress at friend and costume designer Adam Selman's spring 2015 show.

So calm, so cool at the Yeezy Adidas show in February, which was one of the more circus like fashion week moments in recent memory, and what better seat mate for color commentary than Alex Wang

Photo by Emanuele D'Angelo/BFA.com
September 2015: The No Comment Phase