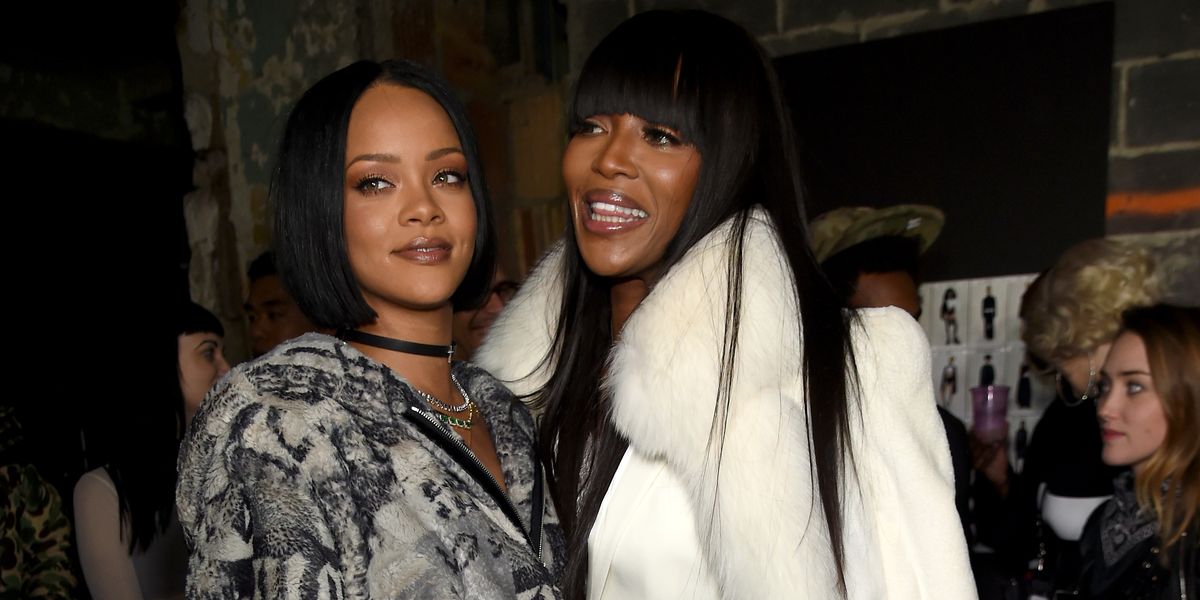 Yesterday a slew of very sultry photos emerged of Rihanna making out with an unidentified man in a pool in Spain hit the Internet. Naturally, the mass response to these images was to conduct a full blown manhunt for Rihanna's new squeeze and boy, did we get more than we bargained for. So. Much. More.

Enter Saudi billionaire Hassan Jameel, a.k.a man-in-pool. Jameel is believed to be the ex boyfriend of boyfriend Naomi Campbell, who he was spotted with at Barclaycard British Summer Time Festival last year.

Stan twitter have already identified Rihanna's new hookup as Naomi's ex-hookup but the FBI can't figure out the Russia hack
— Jolyon In London (@Jolyon In London)1498604674.0

Naomi and Rihanna have been considered longtime friends — Naomi appears to have always been an avid supporter of Rihanna's fashion ventures — until Naomi went on WWHL and was forced to address the fact the two had unfollowed each other on social media.

"Everything's fine," Naomi replied, before winking. This was obviously enough fuel for Andy to press on, forcing Naomi to dodge her way around explaining exactly what had gone down between the two superstars.

"I'm an actress now, Andy," Naomi said, before clarifying she would never spar with "black women who are powerful" because they're "all doing the same struggle." Hmmm, curious.

Obviously aforementioned "stan Twitter" is having a field day with all this drama, but as for the future of our baby girls Naomi and Rihanna, only time – and expert Internet sleuthing – will tell.

solving the mystery of the naomi campbell and rihanna beef as a twitter family https://t.co/dHHQyHz5Ra
— 🏅Wally Bando🇳🇬 (@🏅Wally Bando🇳🇬)1498606178.0

[h/t The Sun]
Image via Getty