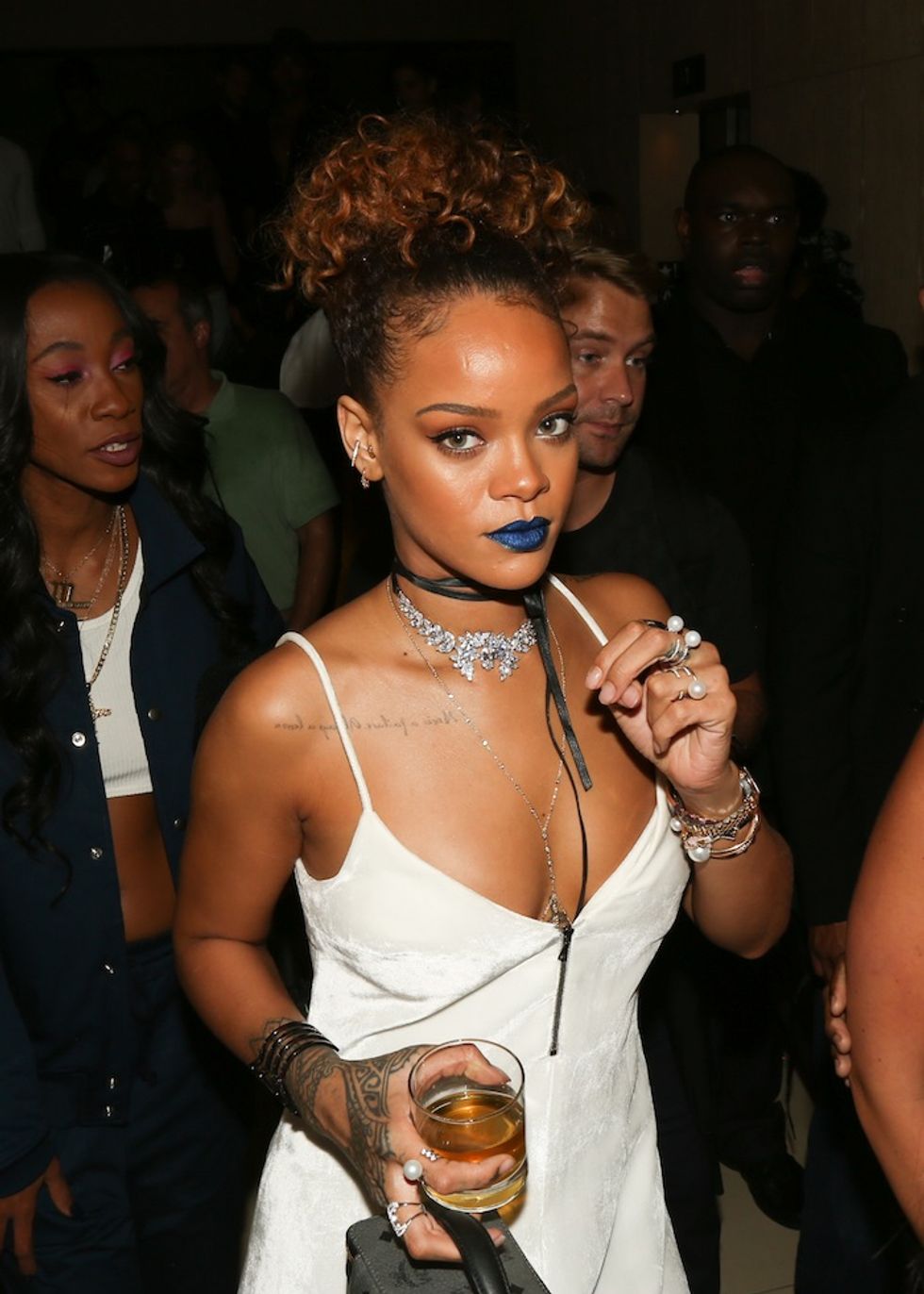 Rihanna's Finance Firm Is Being Sued For Sexist Comments, Said She Is Hot Because She Is "Not Too Dark"

By Sandra Song
PAPERMAG
photo via Emanuele D'Angelo/BFA
Flynn Family Office, which handles financial planning for high-profile clients Ã  la Katie Holmes and Kelly Ripa, is being slammed with a lawsuit from an ex-executive who purports that he was fired for objecting to the office's rampant sexist banter -- which apparently included a comment about Rihanna.
One partner in particular named Alan Kufeld was allegedly a regular motormouth when it came to making gross comments about female appearances re: "sexy" former assistants (one even "lost points in his eyes because she was too dark") and FFO's female clients. Most egregious is probably the comments Kufeld supposedly made about RiRi, saying she was hot because she is "not too dark" -- in tandem with a really enlightening spiel on which "Caribbean nationalities were the most attractive based on skin tone." This all coming bundled along with some other gems about "sex tourism and the relative hotness of Asian women." K.
Really hoping there's another pulp-y "BBHMM" sequel in the works starring Rih v a Finance Firm...
[h/t Gawker]