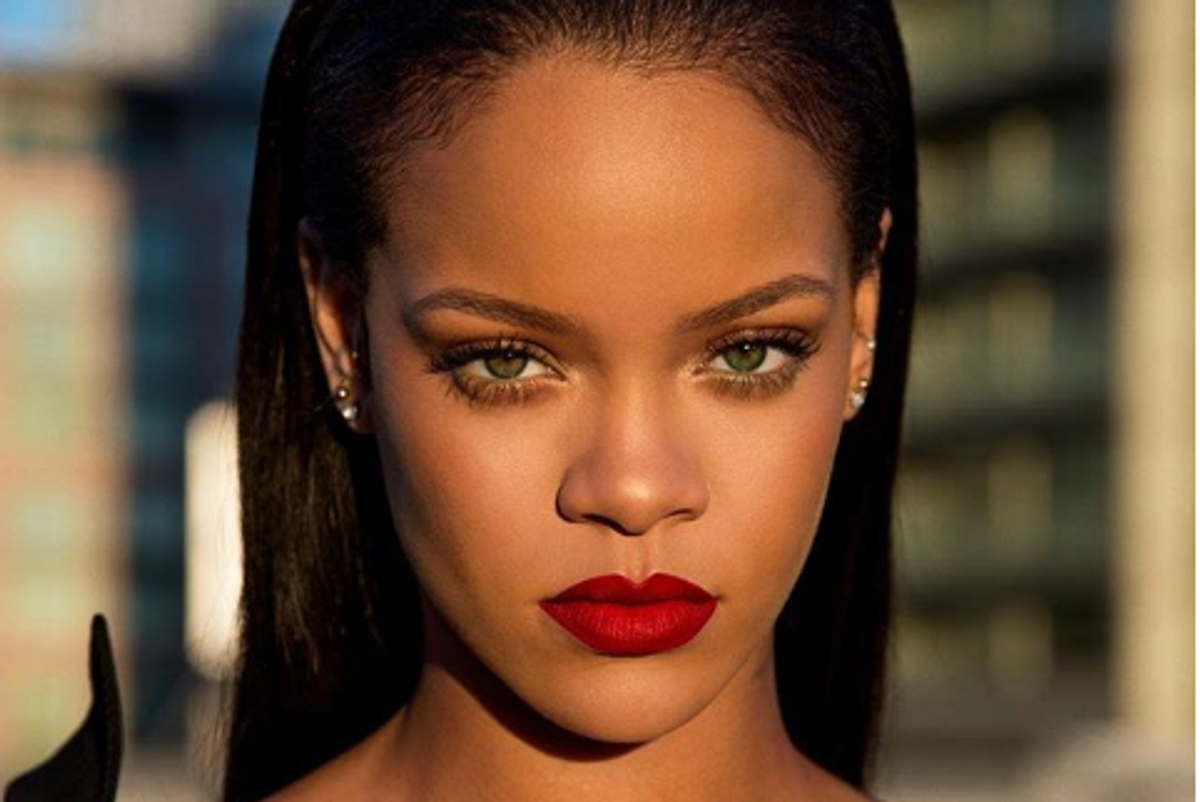 In addition to being an exciting new cosmetics brand on its own accord, Rihanna's Fenty Beauty line has also been celebrated this year for its wide range of 40 foundation shades and its inclusive casting of diverse models. As a major public figure and a woman of color, Rihanna's use of her powerful platform to drive forward the conversation around race and gender has already made major waves. So when she commented on a fan's request that she cast a transgender model, the world at large listened up.

"I've had the pleasure of working with many gifted trans women throughout the years, but I don't go around doing trans castings!" Rihanna wrote. "Just like I don't do straight non trans women castings! I respect all women, and whether they're trans or not is none of my business! I don't think it's fair that a trans woman, or man, be used as a convenient marketing tool! Too often I see companies doing this to trans and black women alike! There's always just that one spot in the campaign for the token 'we look mad diverse' girl/guy! It's sad!"

Many fans, including the one who originally posted the request, agreed with the singer's take and applauded her decision to avoid tokenism and possible visual exploitation. Others, however, pointed out that the lack of representation for trans models (and especially models of color) is still so great that increasing visibility should currently trump fear of tokenism.

Miss Queen Sateen, who is one-half of the disco duo Sateen along with her wife Exquisite, a trans woman, wrote on Twitter, "We respect Rihanna and agree that Trans bodies are used as an easy way to make brands appear 'inclusive.' But at this point visibility is integral for trans ppl. More brands need to be hiring trans/gnc ppl and poc in GENERAL. Ps: hiring them means paying them."

Speaking with Sateen, the two told Paper, "We were responding to the valid point Rihanna made about how trans & other marginalized bodies are used by the fashion industry to create an illusion of 'inclusivity.' It's valid because we aren't sure these people are being used the right way. Everybody wants to appear woke, so they use a token trans woman or POC as a shield."

Sateen added that despite some brands' hollow gestures at appearing inclusive, "at this point, visibility for trans and gender non-conforming individuals is necessary. We can only hope that any trans model, token or otherwise, will open the door for more people like them to have a platform. The most important thing is to normalize people's differences. Media representation is definitely one of the most potent ways to do that, so we have to be careful, but still be diligent in representing one another."

As much as we hold Rihanna accountable, Sateen said "we should also be holding huge brands, like Lancome or Clinique, to this standard of accountability." The two said proper compensation is also important. "We have seen our trans friends plastered upon billboards and expensive ads around the country; yet, we have come to find out that they did not receive a dime for their work," she said. "Hire a trans woman of color, but pay her! And pay her the exact same amount you would pay anybody else."