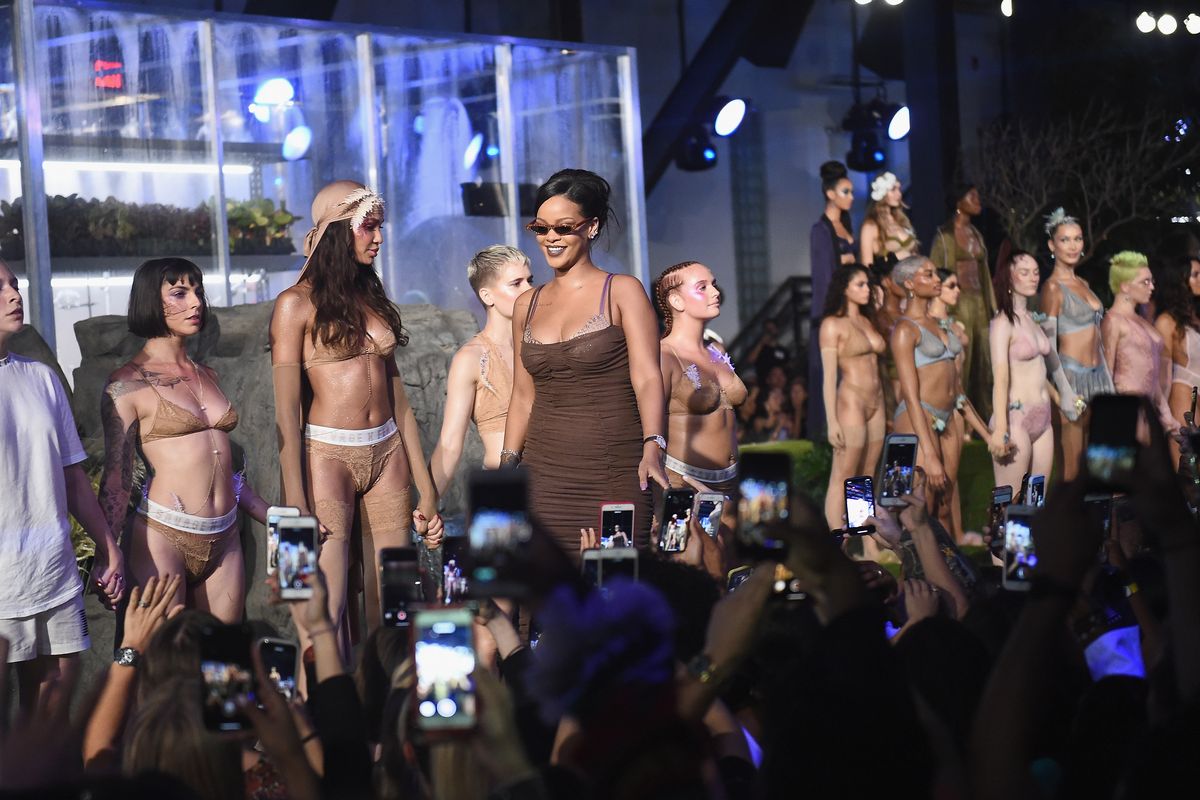 If people weren't sizing up Victoria's Secret and Savage x Fenty Beauty before Ed Razek indicated in an interview that the powerhouse lingerie brand wasn't particularly interested in putting trans or plus-size models on the runway, because they would disrupt the show's "fantasy" — the comparison is on everyone's minds now.

Since his comments broke, we can't stop raising our eyebrows at the drastic juxtaposition between the regressive optics around this year's Angels runway show, and the way that Savage x Fenty Beauty is shaking up the lingerie industry.

O'Reilly is probably referring to Fenty Beauty x Savage's first ever collection, which features pieces available from 32A–40DDD in bras and XS-3X in panties, sent models of every shape, size and identity down a fashion week runway, including a pregnant Slick Woods, who went into labor during the show — and is leading a inclusive, body positive movement, which Victoria's Secret indicated little interest in being a part of last week.

Rihanna quietly weighed in on the matter herself, when she threw a side-eyed like to O'Reilly's Tweet, Elle reports, subtly but firmly making her thoughts on the subject clear.

The pop queen knows she doesn't need to get loud about Savage x Fenty as an alternative to Victoria's Secret: she'll just let her collection, which includes everyone in its fantasy, speak for itself.