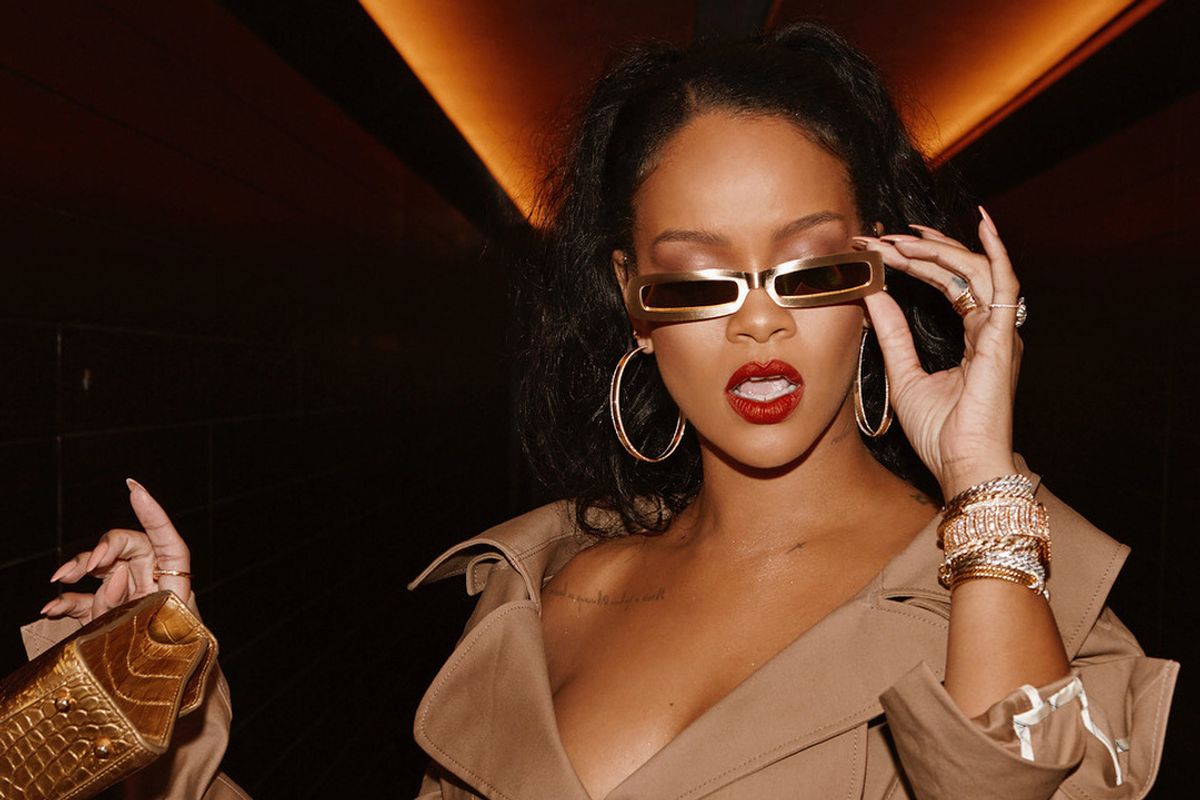 One day until the midterms, and Rihanna is making sure we know where she stands: against Trump, obviously. After the Washington Post's Philip Rucker revealed on Twitter that her 2008 breakout track "Don't Stop The Music" was played at the President's rally in Chattanooga over the weekend, the singer assured fans she'd prevent her songs being used at Trump events in future.

Admittedly going against the song's ethos, Rihanna quote tweeted Rucker and said "Please Don't Stop The Music" wouldn't be available to White House employees "for much longer." She thanked the journalist for alerting her to the situation.

Continuing the political theme, Rih also shared an endorsement of Florida gubernatorial candidate Andrew Gillum with her 65 million Instagram followers. If elected, the Democrat nominee will become only the fifth black governor in United States history. Gillum later reposted Rihanna's endorsement, thanking her for the support.

Additionally, Rihanna encouraged Florida followers to vote "yes" on Amendment 4, which proposes restoring voting rights for previously convicted felons who have served their entire prison sentences. If enacted, Amendment 4 could restore voting rights for more than one million Floridians.

Once again, November 6 is tomorrow! Don't let Rihanna down.