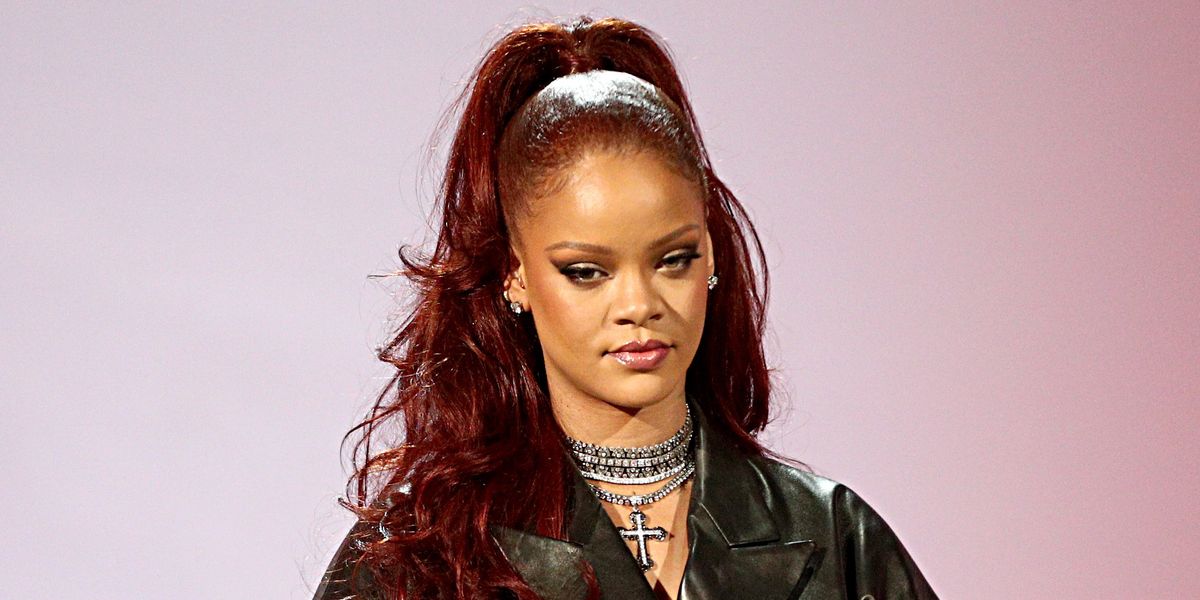 Thirty people were killed in mass shootings in El Paso, Texas and Dayton, Ohio this weekend. Shortly after the Texas shooting on Saturday night, came President Trump's feckless thoughts and prayers on Twitter.

"Today's shooting in El Paso, Texas, was not only tragic, it was an act of cowardice," Trump wrote online. "I know that I stand with everyone in this Country to condemn today's hateful act. There are no reasons or excuses that will ever justify killing innocent people...."

Rihanna, voice of the people, took it upon herself to point out why this response is not only inadequate, but shameful, considering the Trump administration's failure to act on gun control and contributions to the anti-immigrant sentiment responsible for the 20 deaths in El Paso, which took place at a Walmart in a predominantly Latino area.

"Um... Donald, you spelt 'terrorism' wrong! Your country had 2 terrorist attacks back to back hours apart leaving almost 30 innocent people dead," Rihanna wrote, calling out Trump's refusal to use the term to describe the violence.

She took aim at his administration's gun control and selective willingness to combat violence in America: "This, just days after yet another terrorist attack in California, where a terrorist was able to LEGALLY purchase an assault rifle (AK-47) in Vegas, then drive hours to a food festival in Cali leaving 6 more people dead including a young infant baby boy! Imagine a world where it's easier to get an AK-47 than a VISA! Imagine a world where they build a wall to keep terrorists IN AMERICA!!!"

"My prayers and deepest condolences to the families and loved ones of all the victims from Texas, California, and Ohio! I'm so sorry for your loss! Nobody deserves to die like this! NOBODY!" she continued.

Rihanna isn't a big Twitter user, and mostly uses her channel to promote her businesses, philanthropy and press. When she speaks on politics, her voice looms large. This must be a blow for Trump, who's known to be a fan of the musician.

Cardi B also spoke out out to condemn Trump's unwillingness to acknowledge the structural issues behind mass shootings.

We have enough information already!Both of the shooters are white supremacist terrorist with intentions to kill min… https://t.co/LMw98qsVki
— iamcardib (@iamcardib)1564936918.0