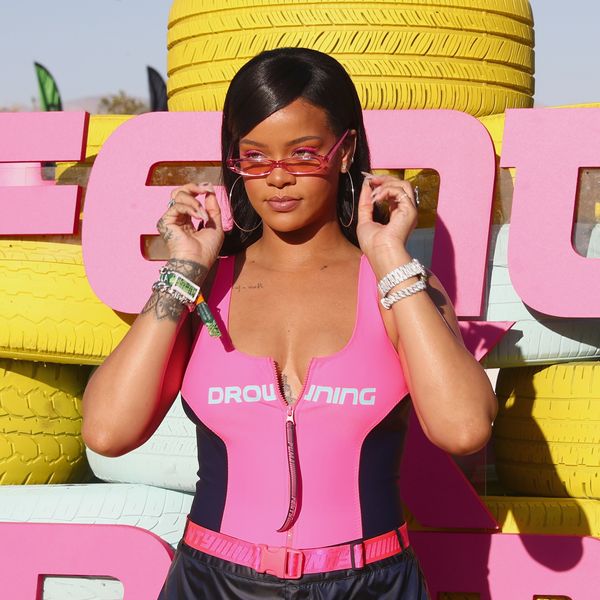 How do you, as a friend, a fan or both, summarize some of the most impressive women in entertainment and beyond? It's not easy, but every year TIME asks the famous peers of the world's most influential people to do it.

Also on the agenda: Adele on Rihanna, fellow Bronx-native Kerry Washington for JLo and Issa Rae by Mindy Kaling. Read their letters, below.

I actually can't remember the first time I met Rihanna; I was probably numb from the shock of it. She is one year older than me, but I feel like she's been around forever. The progression of her superstardom feels steady, well deserved and extremely natural. She burst onto the scene with the absolute banger that is "Pon de Replay" in 2005, so young and breathtakingly beautiful. But the first time it felt like she made everyone sit up was with "Umbrella." It crossed her over to every platform and into everyone's lives. It felt like she had truly arrived, and she hasn't slowed down since. Even more, she has designed and conquered an entire lane of her own. The innovative and groundbreaking world of Rihanna that no one else will ever be safe in and get away with copying. She makes her own rules and bends ours.

Whenever I've met her, she's been the most gracious, loyal and funny goofball of an icon. She glows like when someone's taken a picture with a flash and you're dazed for a few minutes after. But it's also very clear in that glow that she genuinely doesn't give a f-ck; she's fearless and full of all the right kind of attitude to be everything that she is and will be forever.

As a kid growing up in the Bronx, I used to watch Jennifer Lopez from the wings. Several of us girls would hide in the folds of the curtains at the Boys & Girls Club to watch her perform. We were in awe of our neighborhood role model and phenom. When Jennifer left the Bronx to pursue her dreams, I would rush to finish my homework on Sunday to watch her on In Living Color. She made me believe that you could come from where we came from and achieve whatever you imagine is possible.

Jennifer Lopez is an iconic performer. She's the first Latina actor to earn over $1 million for a film and the first woman to have a No. 1 album and a No. 1 movie in the same week. But she's also a mother, an entrepreneur, an activist, a designer, a beauty icon, a philanthropist and a producer. She is an undeniable force and a powerful example—not just for women of color but for anyone who has been made to feel "other" and for everyone who carries the burden and the privilege of being a first. To me, no matter how successful she becomes, she will always be Jenny from our block. And I will always be a grateful witness to her journey.

On a Friday a few years ago, I was asked to blurb a new book, The Misadventures of Awkward Black Girl. The title made me laugh, so I read it on Saturday, loved it and wanted to know more about the girl at the center, Issa Rae. I then spent Sunday watching all of her groundbreaking YouTube series of the same name. It was heartbreaking, well observed, effortlessly diverse and, most important, so funny. So I met, got to know and fell in love with Issa Rae all in one weekend.

And that's probably what you did too. You heard about her or saw her being funny on a talk show, watched something she created and then were infected with this desire to devour everything she makes as quickly as she can put it out. I watched the entire first season of Insecure in two days. I loved her world, her friends, her clothes, her handsome love interests and her anxieties. Maybe especially her anxieties, because those are what make her so lovable.

Only Issa Rae could make the adjectives awkward and insecure chic. That's an impossible thing to do. But here we have her, Issa Rae: writer, actor, force of nature—and chic as hell.

Read the rest of the profiles here.