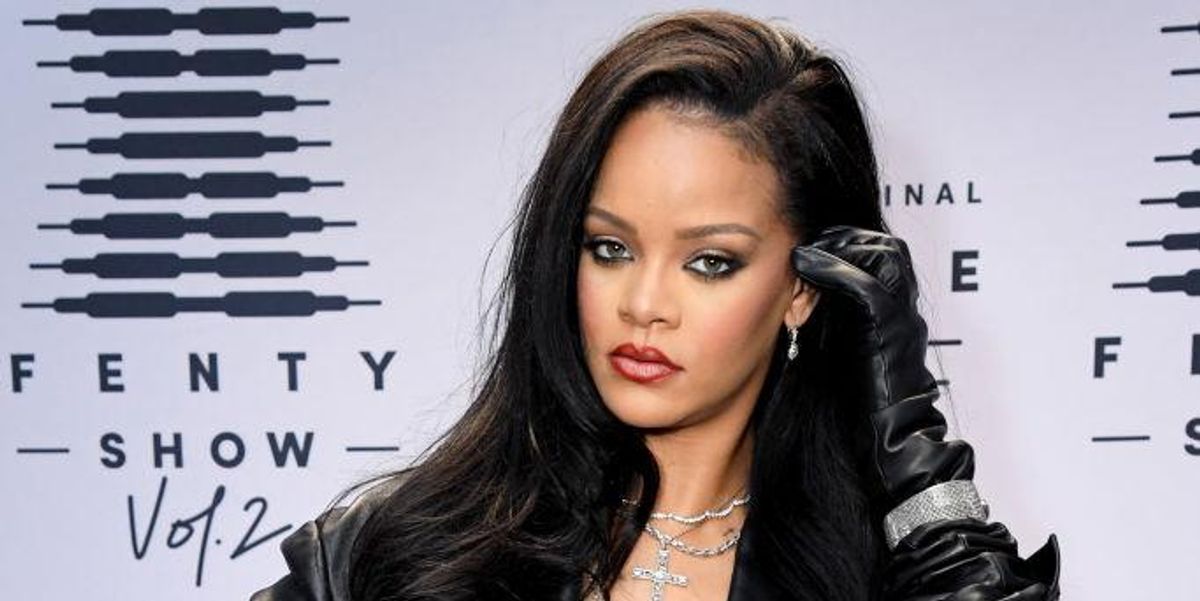 There's only one good celebrity, and her name is Rihanna. You might also know her as @badgalriri. Over the weekend, the woman behind the iconic Instagram handle attended a #StopAsianHate rally in New York over the weekend. Rather charmingly, not everyone there recognized her.

A video originally filmed by Rihanna's assistant Tina Truong and then shared by PopCrave shows the pop star slash entrepreneur casually giving her Instagram handle to a third protester, who clearly doesn't recognize the elaborately manicured and extremely famous woman he's walking alongside. (To be fair, she's masked up and wearing sunglasses.)

Watch as the blue check comes into view and realization slowly dawns:

.@Rihanna hilariously gives her Instagram handle to a protestor that didn’t recognize her at the #StopAsianHate mar… https://t.co/1xwCHBc5uT
— Pop Crave (@Pop Crave)1617634051.0

According to Truong's social media, she and Rihanna made their own signs to attend the protest, obviously going super incognito in order not to steal attention away from such an important cause.

In the wake of the Atlanta spa shooting and other horrific attacks against Asian Americans over the past months, Riri has also posted about combating racism against Asian people on her own account. "What happened yesterday in Atlanta was brutal, tragic & is certainly not an isolated incident by any means," she wrote on Instagram following the shooting, which left eight people dead. "AAPI hate has been rampantly perpetuated & it's disgusting! I'm heartbroken for the Asian community & my heart is with the loved ones of those we lost. The hate must stop."

Related | Protect Our Elders: A Movement Against Anti-Asian Hate

The surge of violent hate crimes is a huge issue across America right now, and these rallies certainly aren't about famous people getting good press. But the video is sweet and funny, and provides a bit of levity during a tough time for a lot of folks.