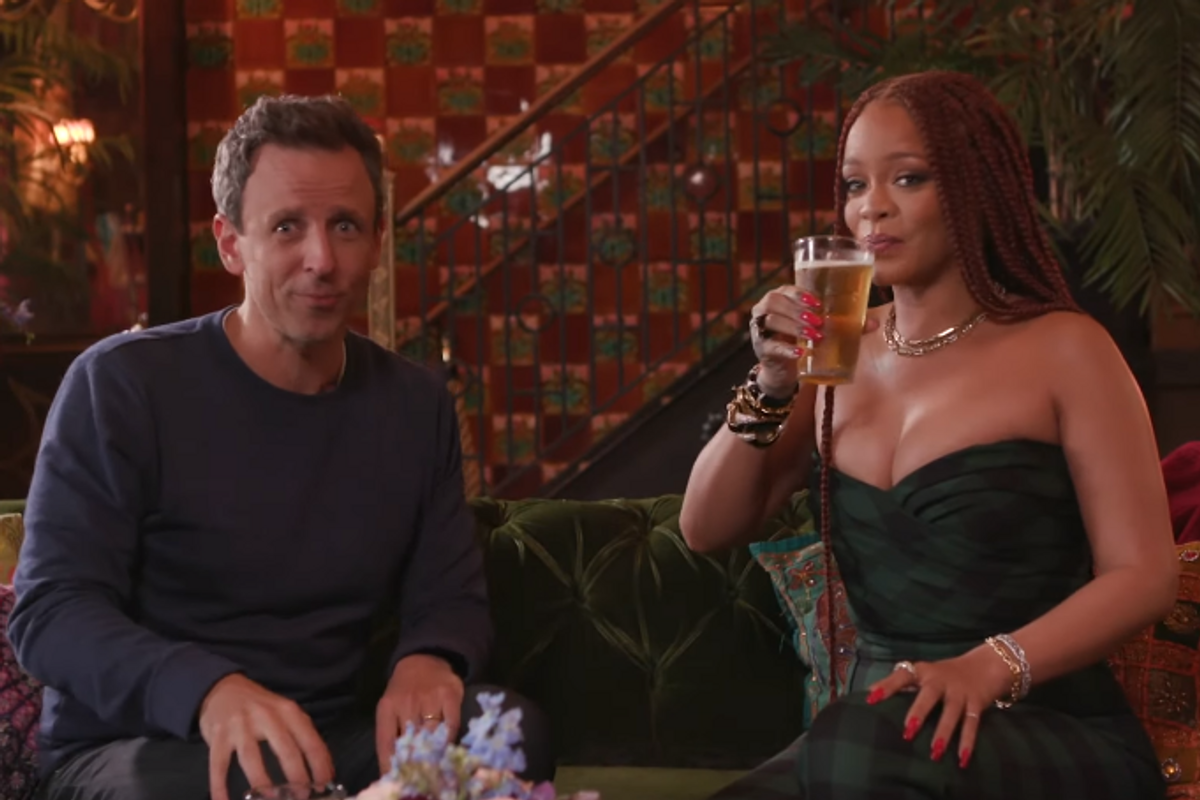 Rihanna is on the publicity circuit for Fenty, and therefore participating in media appearances that are frankly a little beneath her. For example the Late Night With Seth Meyers segment "Day Drinking," which is exactly what it sounds like.

Rihanna met Meyers (a huge fan) at the Jane Hotel bar yesterday, and he proceeded to make her a number of gross-looking cocktails based on her song titles. There was one called "under my rumbrella," which looked awful but she was polite about. He thankfully offered her some Veuve afterward, but then put a twinkie in it.

While this was going on, the two asked each other for advice, roleplaying the dynamic of bartender and patron. Concerningly, Rihanna's question was, "If I quit music, what should I do?". To which Meyers suggested she be a pilot? Seth! Then Rihanna made a sexual joke when her host asked for her help romancing his wife.

Rihanna then gave Meyers a makeover using Fenty beauty products, as he started drunkenly singing "Work." Probably a high point was Rihanna referring to Avatar as "the movie with the blue people," and implying that Meyers looks like a Na'vi. Truly, network TV has lost its way. I wish she had gone on Hot Ones instead.