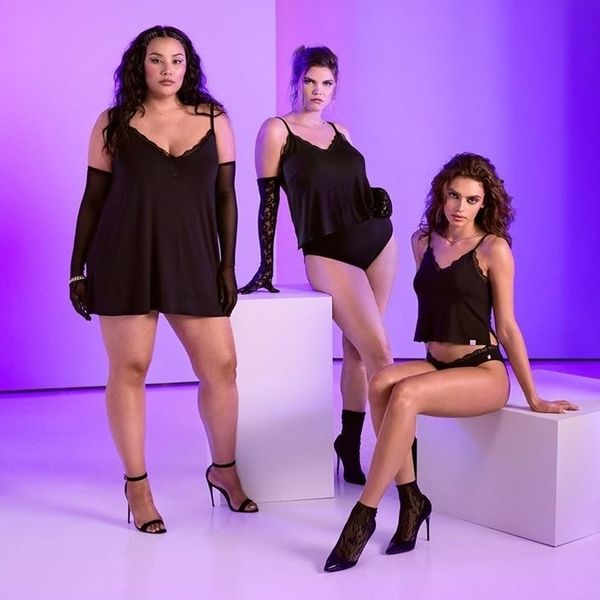 Is Savage x Fenty poised to become the next mega lingerie giant? If the brand's recent round of funding is any indicator, that scenario is looking more and more plausible.

The brand, which launched in March 2018, just received $50 million in additional funding from its pool of investors, brining the total amount raised to $70 million, according to a report in the Wall Street Journal. Among the group of investors? Jay-Z, whose venture firm Marcy Venture Partners LLC, helped back the label.

With Savage x Fenty rapidly gaining market share in the crowded lingerie market, it's only a matter of time until they reach the same level of exposure as other giants like Victoria's Secret, whose swift decline and associations with problematic men has been making headlines lately. Its diverse casting and size-inclusive offerings help it occupy an important space in the traditionally white-washed and one-dimensional intimates industry. (ThirdLove, True & Co., and Lively are just some of the digitally native, direct-to-consumer lingerie brands that have received millions of dollars in funding lately.)

SAVAGE X FENTY BY RIHANNA on Instagram: “@badgalriri doin’ THE MOST with that billion dollar smile 💜🤑 #SavageXFenty”

No word on what the company, which is a partnership between Rihanna and TechStyle Fashion Group, plans to do with the additional funding, but perhaps we'll see some of that money put to use in their upcoming fashion show that the brand promised will be "bigger" and "badder" than ever.

Indeed, the news comes as Savage x Fenty announced that they will be streaming their upcoming show on Amazon Prime, giving fans everywhere a chance to see the production and behind-the-scenes making of the spectacle from their computer screens.