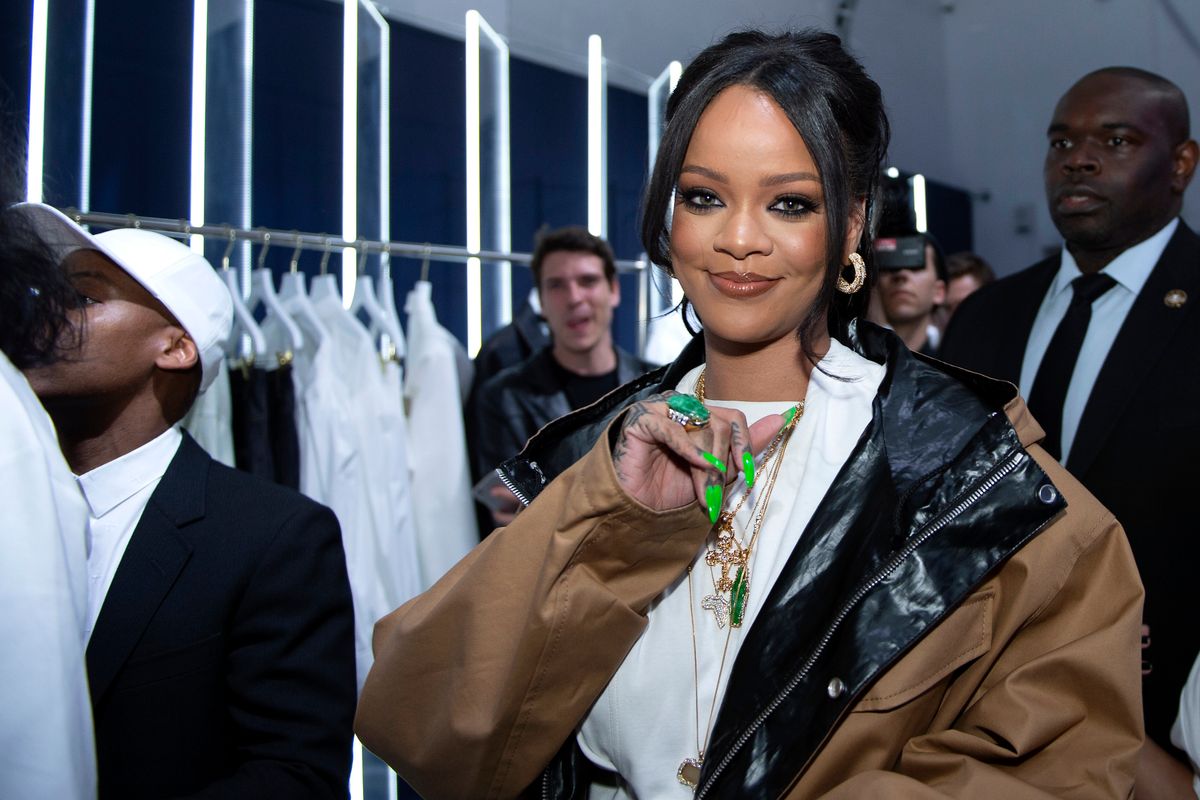 Many different descriptors apply to Rihanna and her outrageously successful music and business endeavors, but "shy" isn't the first, second, third, or fiftieth one that comes to mind. Still, in a new Interview cover story in which she chats with friend and Ocean's 8 co-star Sarah Paulson, Rih insists she's much more bashful than fans think.

"What's the biggest misconception about you?" Paulson asks, to which the artist responds, "People don't know that I'm shy." Paulson then says she actually observed this when they were on set together, and Rihanna pays her a compliment:

"You are good at reading someone's character, because that's what you do for a living. Your gift is that you would know the exhibited behavior of a shy person. Because I kind of pretend it's not happening, people read me as being confident. But I'm so shy I don't even want you to know I'm shy."

An eloquent answer, and the rest of the interview hits that same note. Paulson and Rihanna cover all kinds of topics, including Rihanna's dating life ("Google it"), Paulson's lack of musical talent ("You're going to have to stay on beat, okay?"), and that album release ("I am not going to put it out until it's complete. It makes no sense to rush it.")

We also learn that Rihanna desires motherhood "more than anything in the world." I'll babysit!