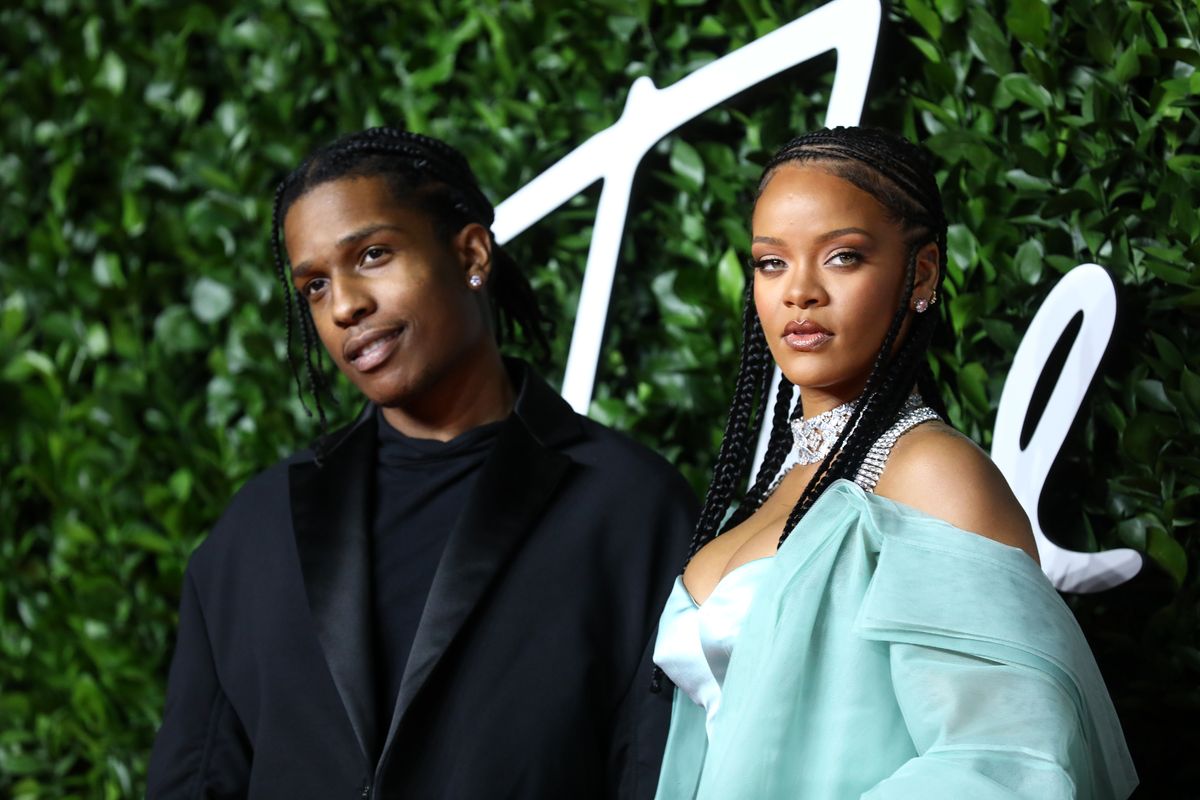 Mere days after her reported breakup with Saudi billionaire Hassan Jameel, fans are speculating that Rihanna already has a new man in her life — A$AP Rocky.

Though the news that Rihanna had split from her beau of nearly three years just surfaced, multiple outlets are now reporting that rumors surrounding the two musicians have reached a fever pitch following their attendance at the 2020 Yams Day Benefit Concert over the weekend.

Granted, this isn't the first time Rih and Rocky have gotten tongues wagging. Back in 2013, the long-time friends were reportedly romantically linked after she appeared in his music video for "Fashion Killa."

But given that the two have been spotted at a bunch of high-profile events together as of late — including December's Fashion Awards in London — the internet's gotten it in their head that the two could finally be more than just friends.

rihanna’s been spending a lot of time with rocky👀 https://t.co/NC8NycwgQt

rihanna showed up to yams day🥺🤲🏾 the same day she broke up w that guy she’s w rocky mmhmmm pic.twitter.com/XVdQAZbQ0l

That said, it may be time to pump the brakes on the gossip. In addition to radio silence from Rihanna and Rocky in terms of the speculation, InTouch is now reporting that a source close to the two has put a definitive kibosh in the rumor.

"Rihanna and A$AP are good friends," they said. "I don't think it's romantic, not yet anyway. I honestly think they're better off as friends."

And while the source went preach to the choir when they said that "they make a beautiful couple," and that "no one is opposed to them getting together," it seems as if this is one ship we're going to have to wait on — perhaps indefinitely. Read the publication's entire report, here.