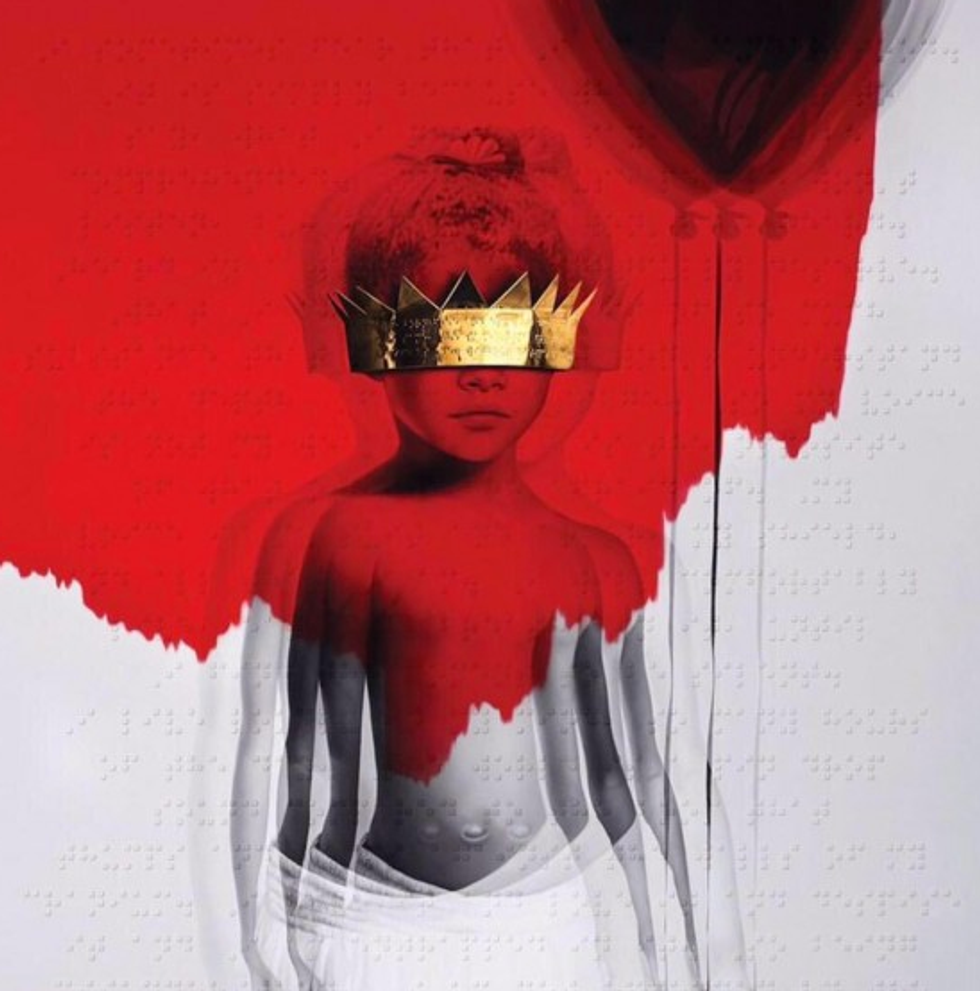 by Abby Schreiber
PAPERMAG
It seems like 2015 is becoming known as the "year we were promised albums that never dropped" (or haven't dropped yet). As the Internet goes into a frenzy over when Frank Ocean's Boys Don't Cry will come out or Kanye will unleash Swish on the world, we've thankfully gotten a little bit more news from Rihanna, who's been teasing her R8 recording all year. For starters, it appears that the album's not called R8 anymore and instead will be named Anti. RiRi also shared the Roy Nachum-designed cover art last night at a gallery event in LA and the image is a photo of the pop star as a kid holding a balloon with a crown over her eyes. And, according to Us Weekly, there's also braille poetry although no word yet on what it says. Although we still don't have a clue when Anti will come out (or whether any of Rihanna's early singles like "FourFiveSeconds" or "BBHMM" will be on it, there's one thing for sure: as this text (presumably from the gallery show) says, the singer likes to do the "antithesis of what the public expects." So...does this mean we'll be getting a country album from her? Opera? Nu-metal? We can only hope...